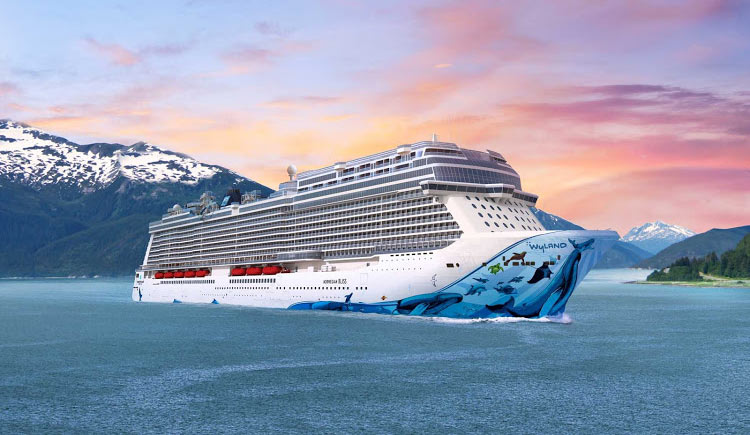 The 4,000-passenger Norwegian Bliss will be a sister ship to Norwegian Escape and Norwegian Joy.

Four megaships, a ‘discovery yacht’ & a stunning entry from Celebrity

Each January, Cruiseable offers a roundup of the top cruise ships set to debut throughout the year. Last year saw the addition of 12 ships, and this year we count 13 new ships from the major cruise lines set to hit the water, not counting river ships. The number of new berths will hit an all-time high, with 34,352 berths expected to hit the market, according to the 2018-2019 Cruise Industry News Annual Report.

An estimated 27.2 million cruise passengers will set sail this year

This year we'll see four new megaships (including the world's largest cruise ship), a ship built specially for Alaska, a “discovery yacht” (complete with a submarine and two helicopters) and the first new large ship from Celebrity Cruises since 2012.

An estimated 27.2 million cruise passengers are expected to set sail this year, compared to  25.8 passengers in 2017, according to the Cruise Lines International Association. So if some of these look enticing, now's the time to book — some of these ships' itineraries are already filling up fast. (See Don's tips on making the most of wave season.)

Here are the 13 biggest cruise ship debuts of 2018, with ships appearing in roughly this order.

When she launches in March, Symphony of the Seas will be the world's largest cruise ship.

Symphony of the Seas

Home ports: Barcelona (for this season) and Miami (starting in November)

Summary: When she debuts in Europe on March 31, Symphony of the Seas will be the world's largest cruise ship in terms of size, some 3,000 gross registered tons larger than sister ship Harmony of the Seas. (See Cruiseable's Ship Discovery tool to compare sizes.)

Summary: Carnival Horizon is a sister to the 3,954-passenger Carnival Vista, which debuted in 2016 as Carnival's largest ship. She'll share many of the same features.

Itineraries: The ship will operate just four Mediterranean sailings out of Barcelona before crossing the Atlantic to New York for a series of cruises to Bermuda and the Caribbean. In September, she begins cruises out of Miami. See Carnival Horizon cruises. 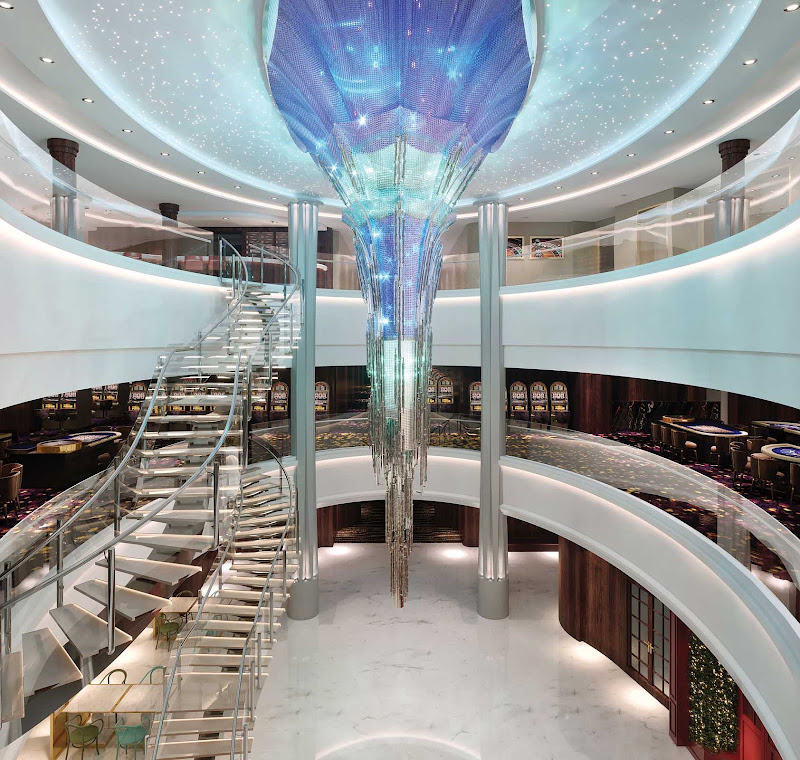 Summary: Joining new sister ships Norwegian Escape and Norwegian Joy, Norwegian Bliss will rank among the 10 largest ships in the world and is Norwegian's first ship built for Alaskan cruises.

Summary: Billed as the year's most luxurious new ship, Seabourn Ovation will join twin sister Seabourn Encore, which debuted a year ago.

Here's a 2 1/2-minute preview of MSC Seaview with a musical score. 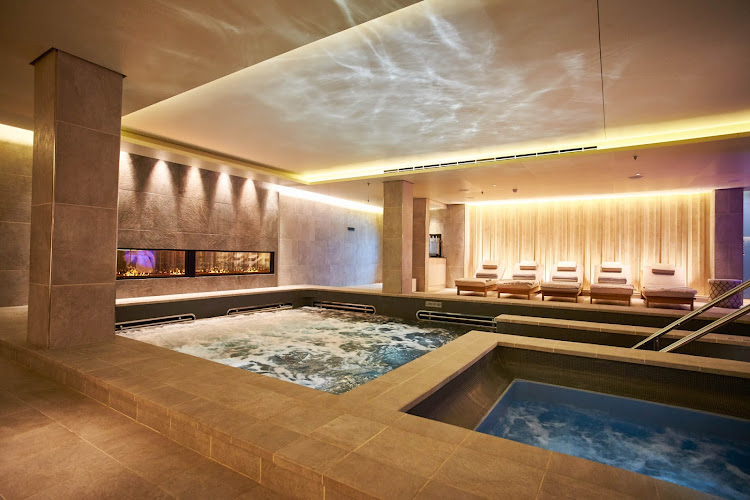 Courtesy of Viking CruisesTake some time to be pampered in the Spa on your Viking ocean cruise.

Summary: Viking continues its push into ocean cruising with its fifth new seagoing vessel since 2015. Like its sister ships, the mid-size Viking Orion will have a modern Scandinavian look and an upscale feel. (I sailed on Viking Star in 2015 and loved it.)

A one-minute look at the Blue Eye underwater lounge on Ponant's Le Laperouse.

Summary: As the first ship in Ponant's new Explorers Class, Le Laperouse will embody the atmosphere that is the cruise line’s hallmark: a subtle blend of refinement, intimacy and comfort. Cruising’s first underwater lounge features portholes that look out into the subaquatic world.

Courtesy of Ponant CruisesA rendering of the new luxury expedition ship from Ponant debuting in 2018.

Summary: As the second ship in Ponant's new Explorers Class, Le Champlain will embody the atmosphere that is the cruise line’s hallmark: a subtle blend of refinement and comfort. The underwater lounge features portholes that look out into the subaquatic world. 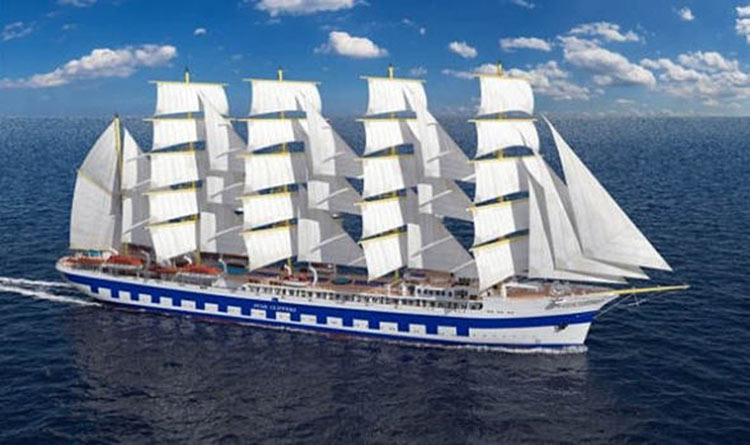 Courtesy of Star ClippersThe 300-passenger sailing ship Flying Clipper is expected to debut some time in 2018.

Summary: If you're not familiar with the cruise line Star Clippers and its glorious tall ships, you'll have the chance to get better acquainted when the line debuts its fourth ship, Flying Clipper, in late 2017. The world's largest square rigger, it's the first new ship to join the Star Clippers fleet since Royal Clipper in 2000.

Itineraries: Flying Clipper has not announced any of its itineraries.

Summary:  Nieuw Statendam will be similar in structure to the 21-month-old Koningsdam but feature several new public spaces and a distinctive style created by hospitality designer Adam Tihany and architect Bjorn Storbraaten.

Summary: Celebrity introduces its first new original ship since 2012 with Celebrity Edge, the first of four Edge class vessels coming over the next five years with cutting-edge designs and technologies.

Other ships arriving in 2018

Hurtigruten's 530-passenger expedition ship Roald Amundsen is due in August and AIDA Cruises' Europe-centric 5,000-passenger AIDAnova is due in December.

In addition, Azamara is repurposing P&O's vintage ship Adonia, which offered cruises to Cuba until last summer as part of the defunct Fathom line. After a multimillion-dollar renovation starting in March, Azamara Pursuit will emerge in August as the third ship in Azamara's small three-ship fleet.

Does a cruise on any of these ships look tempting? Contact a Cruiseable travel advocate and our Business Department will make sure you get the lowest price, the best value and all the perks. Call us at 1-877-322-3773 to speak to an expert travel professional, or send us a query.

Here are the ships already on tap to launch in 2019: