Ft. Lauderdale travel guide: What to do & see

Once best known as a raucous and rowdy Spring Break destination, today Ft. Lauderdale, Florida, is a friendly and diverse resort town with stretches of golden beach, chic restaurants and multimillion-dollar yachts peppering the marinas and Intracoastal canals. Brimming with swanky boutiques, art galleries and entertainment venues, the city is abuzz with creative minds and good time go-getters. The recent (and ongoing) rejuvenation has brought a major spotlight to the area, attracting flocks of tourists to this beachy, hip, sun-drenched city.

Located on Florida’s Gold Coast, Ft. Lauderdale sits between Miami to the south and Palm Beach to the north, with a 23-mile beachfront. Known as the Venice of America for its expansive and intricate canal system, Fort Lauderdale is a major yachting center. With more than 3 million visitors passing through its Port Everglades cruise port each year — the third busiest port in the world after PortMiami and Port Canaveral — Ft. Lauderdale is a favorite tourist destination known for its sunny weather and abundance of outdoor and cultural activities. 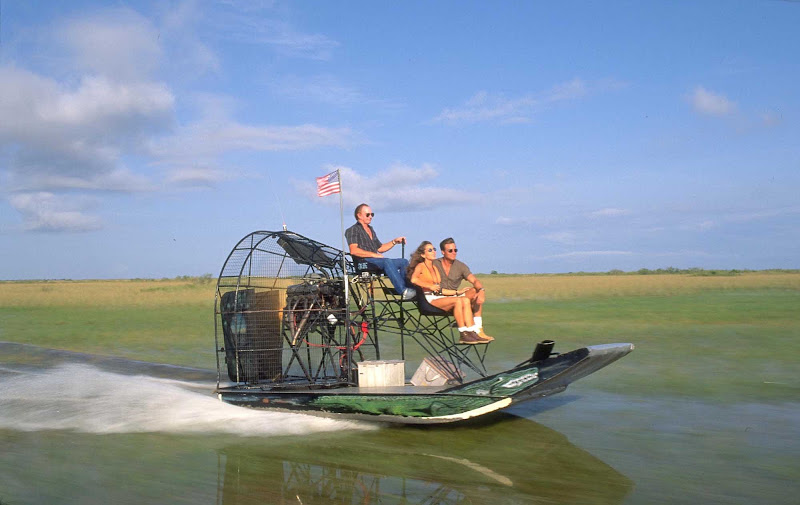 Courtesy of Greater Miami Convention & Visitors BureauAn airboat ride in the Everglades outside of Fort Lauderdale.

The nature lover can check out over 500,000 acres of the Florida Everglades national park area, which are part of the Greater Ft. Lauderdale area. The Everglades, which were formed by the constant overflow of nearby Lake Okeechobee, is home to animals such as flamingos and alligators, among others.

If you're not tired of cruising, head out on the Jungle Queen riverboat (954-462-5596). This steamboat is one of Fort Lauderdale's most famous attractions, reminiscent of the old ships that cruised the Mississippi, and features dinner cruises, entertainment and more.

Housing over 150 species of butterflies, Butterfly World (954-977-4400) is the largest butterfly park in the world. The area is screened in to keep everyone at home, but you can watch a miracle of nature in action as thousands of caterpillars begin their transformations into butterflies.

Fort Lauderdale is sometimes called "The Yachting Capital of the World," so do your best to get on the water here. Bill's Sunrise Watersports (954-462-8962) rents all kinds of water crafts, from jet skis to powerboats. If you would rather be underwater than on the water, contact Neal Watson's Undersea Adventures (954-462-3400) for scuba diving.

The Fort Lauderdale Beach Promenade between SE 17th St. and Sunrise Blvd. on Florida A1A is a great place to start. Beach volleyball and calm waters are the staples of the Promenade, so feel free to start a game or venture into the sea.

For the best in offbeat shops and interesting art, just walk down Las Olas Blvd. Tons of shops line the street, with plenty of opportunities for window shopping. To combine the beach and browsing, Beach Palace just north of Las Olas Blvd. has 100,000 square feet worth of shopping opportunities. As if that isn't big enough, there's also the gigantic Las Olas Riverfront, with 260,000 square feet of shops and restaurants. But if you want to talk mega-shopping, you'll need an entire day to see all there is to see at Sawgrass Mills (954-791-7927), an outlet mall in Sunrise with 2.5 million square feet of shops, restaurants and bars. 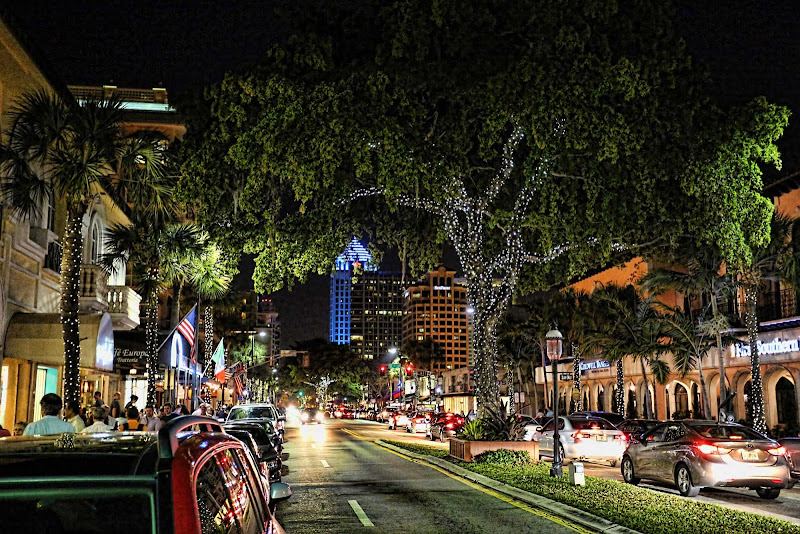 Rivaled only by Miami in culinary conquests of South Florida, Fort Lauderdale covers all the bases when it comes to dining out. Ranging from al fresco spots on the waterfront, to quaint bistros, premier steakhouses and a plethora of the freshest seafood options available; the city’s 4,000-plus restaurants are sure to please any palate. However, if you really want the best food, look towards the sea.

Hop on a water taxi and cruise to Las Olas Boulevard, where there are so many restaurants and bars the city has forbidden any more restaurants from opening here. If you're in the area on a Sunday for brunch, visit Tarpon Bend (200 SW 2nd St., 954-523-3233). The fish comes fresh from the ocean, literally just out the backdoor of the restaurant. Enjoy some delicious Maine lobster, and the big side dishes are to die for. Yellow Moon (201 SW 2nd St., 954-522-1253) is the place to go for sushi and jazz. Live music on the weekends combined with a lively atmosphere make for an invigorating combination.

Cruise ships in Fort Lauderdale dock in Port Everglades. This is a large cruise terminal, and you will need to take some form of transportation (likely a taxi) out to get to the city or the beach. It’s a 20- to 30-minute drive to downtown Fort Lauderdale depending on traffic.

Water taxis: There are three hundred miles of waterways in Fort Lauderdale. A great way to get around is to use water taxis. It costs $15 per person for an all-day pass, and you can get nearly anywhere you need to go. Call Water Taxi of Fort Lauderdale (954-467-6677) and they can usually arrange to pick you up within 15 minutes.

Taxis: Taxis are readily available at most tourist locations, including the airport, the cruise port, hotels and major shopping areas.

Trolley: Another option to get around downtown Fort Lauderdale is the Sun Trolley. Trolleys are operated by the city, and most are either free or charge 50 cents per person per ride. The most popular trolley takes passengers from Las Olas Boulevard downtown to the beach and back.

Buses: Ft. Lauderdale has an efficient bus system to get you around the city. Contact Broward County Transit (954-357-8400) for fares and timetables.

Broward County hosts several free wireless Internet hotspots, including the section of Las Olas Boulevard between Andrews Avenue and 10th Avenue, all of the county’s libraries and the Fort Lauderdale-Hollywood International Airport. There are also many cafes, such as Starbucks, that offer free wireless access for their patrons.

Store hours:  Stores in Fort Lauderdale are typically open from 9 or 10 am to 8 or 9 pm. Some stores on Las Olas Boulevard and in tourist areas may stay open later till 10 or 11 pm.

Tipping:  A 15%-20% tip is customary at restaurants and service locations.

Safety:  Ft. Lauderdale is considered a safe city overall. As always, be aware of your surroundings and lock up your valuables.

Have you been to Ft. Lauderdale? Please share a story, tip or discovery. Do you have any recent photos? What was the highlight for you?