Miami travel guide: What to do & see

A destination of vast diversity and energy, Miami — self-proclaimed cruise capital of the world — boasts year-round warm weather and miles of beaches, making it an urban playground for U.S. residents and global travelers. Two million people call Miami home, but another 10 million from all over the world come to visit every year — half of them cruise passengers.

World renowned for its beaches, South Beach, Miami Beach and Lummus Park offer a guaranteed no-holds-barred party by the Atlantic. If you’re looking for the best Cuban food within the continental U.S. or a pulse-pounding salsa club, you’ve also come to the right place. Art lovers will rejoice over the numerous galleries and museums displaying and selling local and international artwork.

While completely family-friendly during the day with family beaches and parks, Miami becomes an adults-only wonderland once the sun goes down.  With an endless supply of bars, clubs, tattoo parlors and a general surge of hedonism, this town is fast, fierce and fun.

Cruise lines that sail out of Miami

Some 30 cruise ships sail out of PortMiami (the port's new ModernName), mostly to the Caribbean, Bahamas, Mexico and Central America but also to the West Coast via the Panama Canal as well as repositioning cruises.

For a guide to Miami's South Beach, Sonia Gil gives a video tour of her hometown beach.

Top things to do & see in Miami

Some 192 blocks of beaches run along Collins Street — that's over a dozen miles, and most of that area is available for public access. Hit the 85th Street Beach for great swimming in a less crowded location. Prefer to people watch? Head to Lummus Park Beach, between 6th and 14th Streets, along Ocean Drive. For adventurous travelers, Haulover Beach, north of Miami Beach, is a nudist haven. For a beach appropriate for the whole family, we suggest Third Street Beach at 3rd and Ocean.

Rarely is a tourist attraction defined as an entire area of a city, but The Art Deco District makes the grade. Part of South Beach, this area is generally bounded by Dade Boulevard to the north, 6th Street to the south, and Alton Road on the west (to the east is the Atlantic Ocean). An area once considered a disgrace to the city was rededicated as a historic landmark. It was redecorated with bright pastels, and now this vibrant area stands as a monument to urban redevelopment and a place of upscale commercialism. 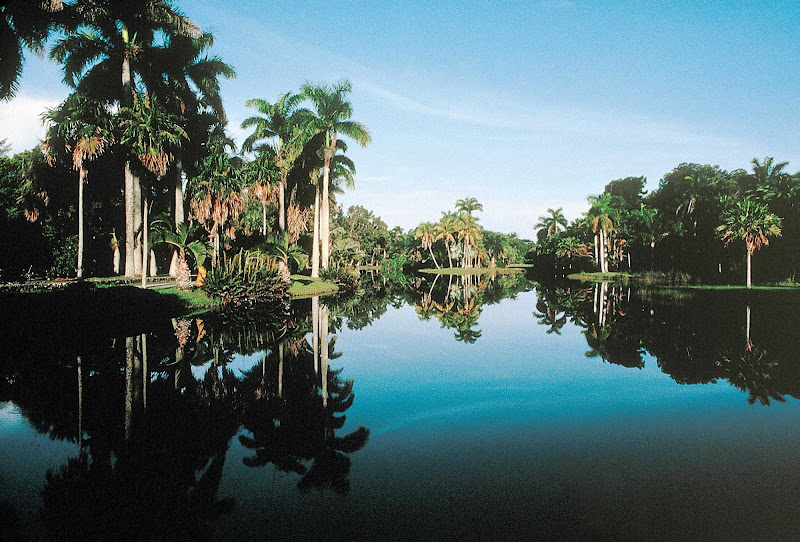 With 83 acres of meadows and lakes, The Fairchild Tropical Garden, at 10901 Old Cutter Rd. (305-667-1651), is practically a rain forest. Feast your eyes on the exotic plants and beautiful birds on display here. The tram tour is highly recommended for first-time visitors.

If you're a Spanish speaker looking for a deal, check out Calle Ocho in Little Havana where Latin music stores and cigar shops dot the street. Be sure to visit Lincoln Road in South Beach, home to many wonderful shopping boutiques, restaurants, and terrific art galleries. The Bayside Market Place is home to over one hundred shops and restaurants and is a favorite among Miami locals. 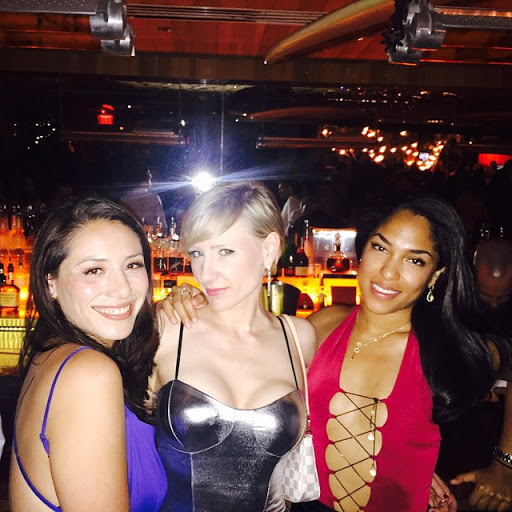 Miami is heralded as the American home of New World Fusion cuisine. Whether you’re a chef, foodie or hungry tourist, the robust flavors of the city’s seafood and Latin- and Caribbean-inspired restaurants will leave any palate excited.

A bizarre tourist experience awaits you at Coral Castle at 28655 S. Dixie (305-248-6345). This stone carved "castle" with its stone sculpture garden has a history that you'll have to see to believe.

With hot, humid summers indicative of a subtropical climate, Miami is often rainy between June and September. Winter has cooler but pleasant temperatures, humidity is low and it's more likely to be sunny rather than rainy. 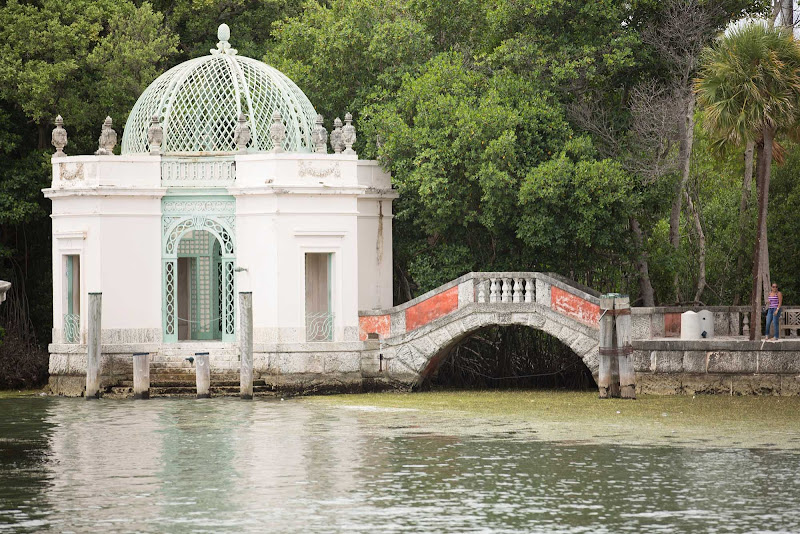 Cruise ships in Miami dock at PortMiami. While it is possible to walk into downtown Miami and the Bayside Shopping Mall, it is a longer walk of about 20 to 30 minutes up a steep and busy bridge. To get to Miami Beach, you will want to take a taxi, which will set you back about $20 each way.

Though there are an abundance of six-figure sports cars all over the Miami streets, the city’s public transportation system is an inexpensive and efficient way to get around for visitors. The Miami-Dade Transit bus system covers the entire county and connects to Fort Lauderdale as well. The Metrorail and the Metromover (which is free!) are both great ways to navigate through different regions of the city, including Downtown, Coconut Grove and Coral Gables. Taxis are fairly expensive in Miami, yet convenient for short trips and need to be called and reserved ahead of time.

Store hours: Stores in Miami are typically open from 9 am to 8 pm, seven days a week. On South Beach, stores close even later around 10 pm.

Tipping: In most dining establishments in Miami, a 15% gratuity for service is customary. In some restaurants, the gratuity will be automatically added to your bill, so make sure to check so you don't tip twice.

Safety: Miami is typically a safe city, but has the same concerns as any big city. It is best not to accept offers from strangers, and to be aware of your surroundings. Don't wander alone in downtown Miami at night. Miami Beach is considered safer than Miami.

How about you? Have you been to Miami? What was the highlight? Have any tips? Let's see your photos!

“After months of buzz, the Faena District will finally welcome visitors in summer 2015. This sprawling development, spanning six blocks north of South Beach, includes residential towers, a hotel and an arts center, all promising unprecedented splendor.”

“Miami is the top spot in the country to enjoy authentic Cuban cooking. ... Chefs in Miami tend to stick with the classic versions of beloved dishes, though you'll find some variation from restaurant to restaurant, as recipes have often been passed down through generations of home cooks.”

“The day after our late dinner at La Mar, Elias takes me on a pan-Latin snackathon around Little Havana. First stop: La Camaronera, the iconic fried-fish joint known for it pan con minuta, a fried-snapper sandwich on a squishy white Cuban roll with a suggestive schmear of a mystery red sauce. Next we're at Viva Mexico, a lime green taco shack festooned with piñatas and sombreros. Its owner hails from Michoacán, the western Mexican state known for drug cartels and the lard-simmered pork called carnitas.”

“Mandolin Aegean Bistro - Try to get a seat outside at this Greek restaurant. The vibe is low-key and rustic, and the food is very authentic. I am a big fan of the grilled octopus.”

“Then it's off to Little Havana's Hoy Como Ayer, the place to show off your salsa moves.”

“I live in Miami, where the Design District is filled with new stores. One of my favorites is Chrome Hearts, which sells everything from sweatpants to fine jewelry, including a cool collections designed by Kate Hudson.”