Barcelona travel guide: What to do & see

Barcelona is a beautiful, vibrant city, full of what European cities are known for: outdoor markets, restaurants, shops, museums and churches. The city offers an extensive and reliable Metro system when you want to travel a distance, but don't resist walking through the many wonderful neighborhoods. The core center of town is focused around the Ciutat Vella ("Old City"), while the beaches the city was built upon provide sun and relaxation during the long periods of agreeably warm weather.

Barcelona is flanked by three mountains, leaving the eastern part of the town as the coastline with beaches and ferry connections to Italy, France and the Balearic Islands. A walk through the main pedestrian zone La Rambla leads you right into the hustle and bustle of the city. You'll find street artists as well as the typical souvenir stands and the various portrait painters.

Cruise ships that call on Barcelona 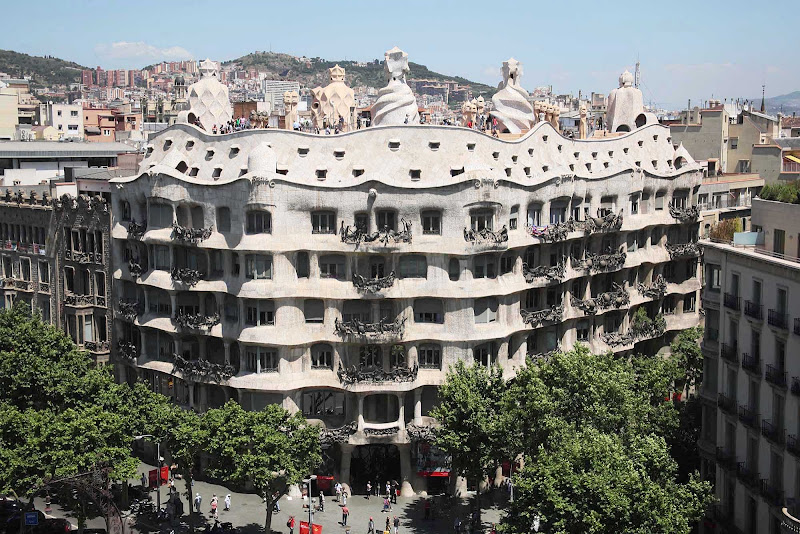 Miguel Raurich / Courtesy of Tourist Office of SpainCasa Milà, or La Pedrera, is one of the top landmarks in Barcelona. The building was designed by noted architect Antoni Gaudi.

Top things to see & do

The National Museum of Art of Catalonia possesses a collection of Romanesque art while the Barcelona Museum of Contemporary Art focuses on post-1945 Catalan and Spanish art. The Fundació Joan Miró, Picasso Museum and Fundació Antoni Tàpies hold important collections of these world-renowned artists. Several museums cover the fields of history and archeology, like the City History Museum, the Museum of the History of Catalonia, the Archeology Museum of Catalonia and the Barcelona Maritime Museum.

For iconic landmarks, none beats the modernist building Casa Milà, better known as La Pedrera (Catalan for 'The Quarry'), a building designed by the Catalan architect Antoni Gaudí and built during the years 1906–1910. It's located at 92, Passeig de Gràcia (passeig is Catalan for promenade) in the Eixample district of the city.

Our friends at Howcast suggest these Top 8 Neighborhoods to Visit in Barcelona.

Barcelona enjoys a Mediterranean climate. The summer season lasts about six months, from May to October, although also in November and April sometimes there are warm temperatures. Winters are mild. Nearly any time of year is fine to visit Barcelona. 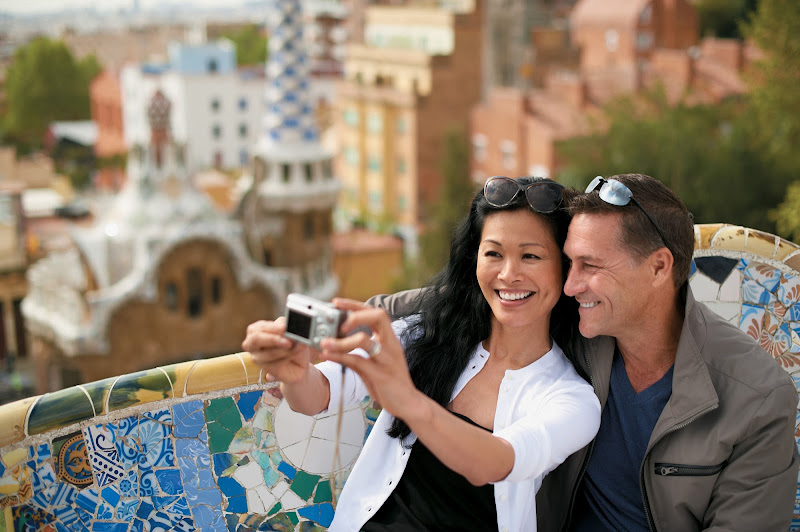 There are plenty of taxis available in the cruise port. Prices to and from the port might vary, and you’ll get charged a port fee when arriving to the port on top of the regular taxi meter. Barcelona is served by a comprehensive local public transport network that includes a metro, a bus network, two separate modern tram networks, a separate historic tram line, and several funiculars and aerial cable cars. The Barcelona Metro network comprises nine lines, identified by an "L" followed by the line number as well as by individual colors. There is a shuttle bus going from the cruise terminal to the Columbus Monument. The bus is called Cruiser T3, also referred as Blue Port Bus, and gets you conveniently for a charge of 2€ to the bottom of La Rambla.

Barcelona has free Wi-Fi throughout the city. The signal is especially strong on La Rambla, the main pedestrian area. (The name on the street sign is La Rambla, but because's it's a series of streets linked together, many call it Las Ramblas.)

Language: Barcelona's official languages are Catalan and Spanish. However, most signs are indicated only in Catalan because it is established by law as the administrative language. Yet, Spanish is also widely used in public transport and other facilities. As in most other cities, any attempt by visitors to use the native languages is always appreciated. Most locals are bilingual in Catalan and Spanish, and instinctively address foreigners in Spanish. Catalan is a language, not a dialect, and sounds closer to Italian, Portuguese and French in many ways. Avoid referring to Catalan as a dialect, which will offend Catalans.

Store hours: Shops are usually open from 9:30 am to 1:30 pm and from 4:30 pm to 10 pm. The break over lunch — siesta — is part of Spanish culture. However, in the summer months and in the tourist pedestrian areas the siesta break is usually skipped. Most shops are closed on Sunday except for a few pharmacies and convenience stores.

Tipping: In Spain, it’s common to tip around 10% in restaurants. This is in addition to any service charge that may appear on the bill. Tipping is in cash, not on the credit card. For taxi drivers 10% is also fine. Usually you round up the charge.

Safety: Barcelona is generally a safe town, but we advise you to be on the lookout for pickpockets. The street La Rambla holds a kind of world record in thefts against tourists. Only bring what items you need (keep your passport locked up onboard) and hold your wallets and purses close.

ShoreFox and Wikitravel contributed to this guide.

Have you been to Barcelona? Please share a story, tip or discovery. What was the highlight for you? Please share in the comments below.

“The heart of Barceloneta — and its historic cuisine — isn't the open market square where Lluçanès and La Cova Fumada sit or the seafront promenade that runs past Kaiku. It's the interior of the neighborhood with tight streets that look more like Naples' Quartieri Spagnoli than any part of Spain. Restaurant Can Solé, one of these streets, dates back to 1903 and is one of the few restaurants to have served zarzuela for the past hundred years.”

“My favorite store in Barcelona is Vinçon, says Adrià, who visits the design shop on the Passeig de Gràcia for everything from furniture to paintings.”

“Most visitors head for Gaudi's Sagrada Familia, but head a couple of blocks north for another dazzling example of Modernisme: a former hospital converted into the cultural and artistic hub of Recinte Modernista de San Pau.”

“One Friday evening in the shabby-chic El Born neighborhood, I came across natural wine spot Bar Brutal. The briny, crisp Catalonian whites fortified me for a dance party held at the courtyard of the nearby Museu d'Història de Barcelona. The next hazy-headed morning, I recovered over a velvety cortado, Spain's answer to the cappuccino, at Caravell in the lively, if somewhat seedy, Raval neighborhood.”