Bermuda travel guide: What to do & see

This 22-square-mile, hook-shaped archipelago is often assumed to be in the Caribbean but in fact sits squarely in the mid-Atlantic, 650 miles east of North Carolina. Bermudians voted in 1995 to remain a British Overseas Territory, and their penchant for tidiness makes a lasting impression. This is a place where people not only mind their manners, they keep their shirttails tucked in, their shoes polished, their flowers fertilized and their lawns perfectly trimmed. Think Victoria, British Columbia, in a pastel palette.

The two main municipalities in Bermuda are Hamilton and St. George's. Hamilton, Bermuda's capital, overlooks Hamilton Harbour and is located on the Main Island. Historic St. George's, rife with colonial architecture, is on St. George's Island, just to the northeast of Main Island. King's Wharf and Heritage Wharf, where most large cruise ships dock, is at the West End of Bermuda on Ireland Island, in the historic Royal Navy Dockyard.

Most cruise ships visit Bermuda from spring to fall. In winter the island sees few cruise ships calling, when the temperatures dip to still-pleasant mid- to upper 60s° F.

Cruise lines that call on Bermuda

Things to do & see in Bermuda 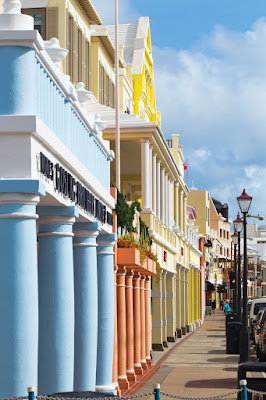 St. George’s, founded in 1612, is an impossibly picturesque UNESCO World Heritage Site characterized by charming architecture, narrow streets and beautiful landscaping. Numerous museums and other attractions are located within its bright, Easter egg-colored buildings. Don’t miss touring a replica of Deliverance, the ship that transported survivors of the 1609 wreck of the Sea Venture — a tale that inspired Shakespeare’s “The Tempest” — to their final destination in Jamestown Colony, Virginia.

King’s Wharf, Heritage Wharf and Royal Naval Dockyards. Most cruise ships (and all mega-liners) dock at one of the two big wharfs within the dockyards. Visitors debark to find themselves immersed in a historic district that also serves as a transportation and orientation hub. Take time to explore the enlightening National Museum of Bermuda, housed in a six-acre fortress. Several good beaches, including Snorkel Park, Danlel’s Head, Somerset Long Bay, Mangrove Bay and Black Bay, are nearby.

Bermuda’s turquoise waters and gorgeous beaches, pink-sand and otherwise, are a main attraction. Among the most visited (and photographed) are Tobacco Bay, Elbow Beach and Horseshoe Bay. 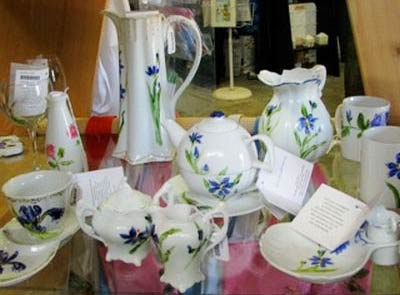 The Bermuda Craft Market (4 Freeport Road, Royal Navy Dockyard, Sandys) has the largest locally made selection of artisan crafts and products under one roof. Items are handmade with natural materials from Bermuda such as cedar, ceramics, glass, wool, wire and banana leaves. It’s the perfect place to pick up a souvenir or one-of-a-kind collectable. The handmade artisan items for sale include candles, decorative paintings, jewelry, gems, sculptures and dolls.

The Swizzle Inn (3 Blue Hole Hill in the north) is Bermuda’s oldest and most famous pub and restaurant. Established in 1932, it gets its name from Bermuda’s national drink, which is made up on a potent concoction of rum and fruit juices. Though it has expanded its patios over time, the pub area goes unchanged with its graffiti and business card covered walls and rustic furniture.

Bermuda has one of the most extensive limestone cavern systems in the world, and recreational spelunking has become increasingly popular. Several caverns have been developed as “show caves,” the most visited of which is Crystal Caverns.

Besides beaches and museums(the National Museum of Bermuda is a good choice), Bermuda has a topnotch aquarium, a Dolphin Quest attraction and playgrounds where your kids can interact with the locals.

Gather up your family members and newfound cruise-ship buddies and charter a yacht for a day (or even half-day) to visit serene spots where you can swim, snorkel and feed your soul to your heart’s content. 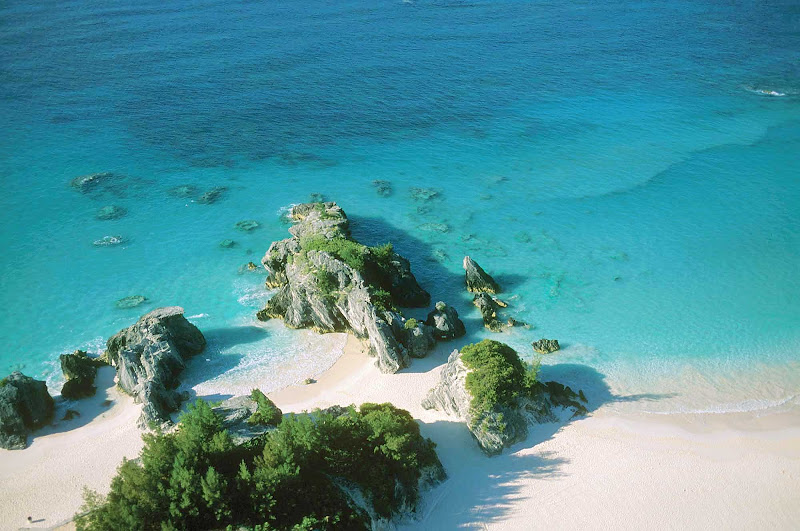 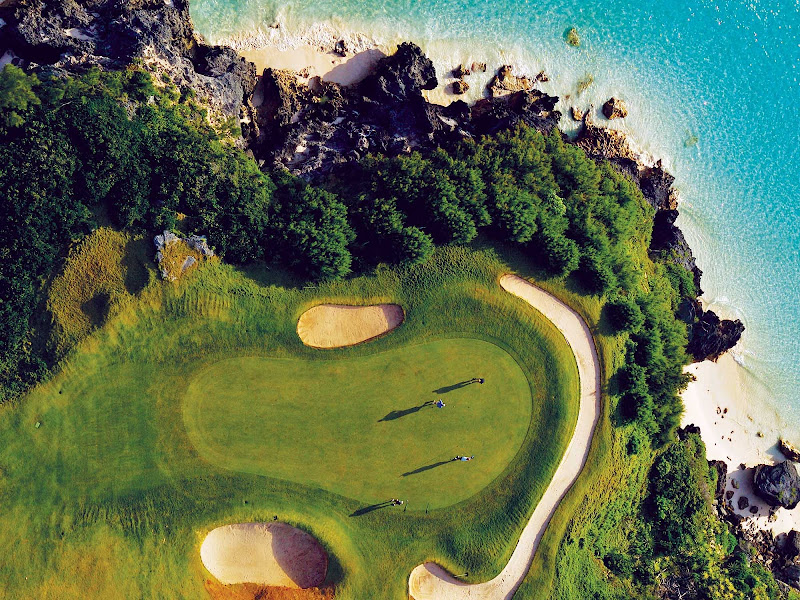 Bermuda’s climate is semi-tropical and can be chilly in winter.

High season for cruise ships is June-August, although the tourist season in general runs from April to mid-November.

Hurricane season: There’s no rainy season — but there is a hurricane season, with the occasional big blow occurring between June and November. In October 2014, for example, Hurricane Gonzalo hit the island, and while there were downed trees and power lines along with other damage, it was by no means catastrophic. As Premier Michael Dunkley put it, "We came out of this storm much better than we expected."

Don’t strut off the ship dressed for the beach—or for mowing the lawn. Bermuda is a conservative and dressy place, and locals appreciate it when tourists respect their conventions. Most Bermudian women wouldn’t be caught dead wearing shorts away from home or the beach. Un-tucked shirttails are regarded as signs of sloth, and dress codes are in place at country clubs and most high-end restaurants. 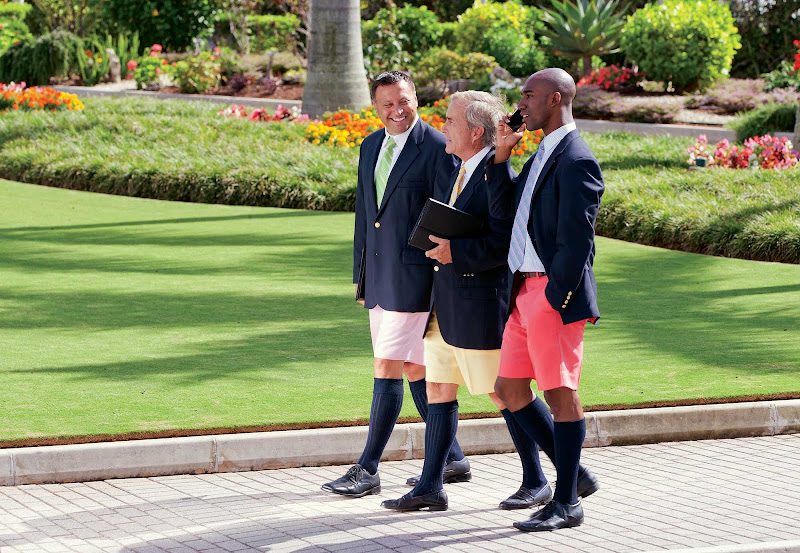 Bermuda is an unusual cruise destination in that most ships stay three to five nights and don’t call anywhere else en route to and from their home ports in New York, Boston or Baltimore. Repositioning cruises are the exception, stopping for just a day or two. A very few itineraries feature Bermuda as a wing stop on Caribbean itineraries.

Bermuda restricts the number of vehicles allowed on the island, and rental cars are not permitted. Taxis, ferries and buses are plentiful and efficient, and bicycles and mopeds are available for rent. 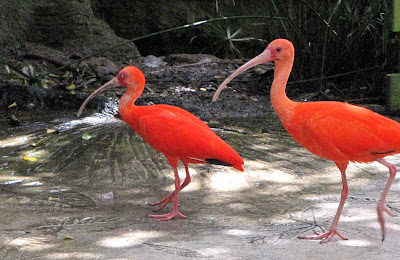 Language: English, with an accent carrying traces of Britain, the West Indies and the American South.

Currency: The Bermudian dollar, pegged on par with the American dollar.

Safety: Bermuda is a safe, upscale destination where laws are strictly enforced. Cruise passengers have been arrested and fined for bringing even small amounts of pot with them, so don't do it. As in all foreign places, be aware of your surroundings and take precautions when using ATMs and leaving bars, especially late at night.

How about you? Have you been to Bermuda, or planning to go? I'd love to hear about your experience.

“You go to heaven if you want — I'd rather stay here in Bermuda.” So gushed Mark Twain in the 19th century, and Bermuda’s promise of sun and sea still lures vacationers to its shores.

“Residents cherish local traditions in the first and oldest offshore British colony — from pink houses to yacht clubs to Bermuda shorts — while enjoying the present with epicurean cuisine, chic shops, and picture-postcard weather.”

“Bermuda has more golf courses than any other country, pink sand beaches, and is like stepping back into England in the Fifties.”

“Few places in the world boast the charm of Bermuda's curvaceous, colorful shoreline.”

Need motivation to exercise? Plan a trip to Bermuda during the island's annual Marathon Weekend. More than 850 runners from  around the world speed past the island's best vistas on courses that range from easy to hard-core. Serious racers attempt the Bermuda Triangle Challenge: three races (a one-miler, a 10K, and a marathon) over three days.

“Pink sand and clear blue water with surrounding limestone rocks makes Horseshoe Bay one of Bermuda's most famous beaches and a must-see on every visitor's list. If you're a snorkeler, you'll love exploring the large reefs that team with a variety of colorful fish and interesting underwater sea life. ...Horseshoe Bay Beach is about a 30-minute ride from the port, and is known as the most-photographed beach in Bermuda.”