Even during a short visit, cruise passengers and other day trippers have time to enjoy the city's spectacular harbor, bustling markets, great shopping and tantalizing food options.

Dave and Deb of The Planet D offer tips on the best things to do in Hong Kong in this 3-minute video.

Top things to do & see in Hong Kong

In 1997, the world watched Great Britain hand over the keys of its Crown Colony, Hong Kong, to the People’s Republic of China. What was the end of an era for Great Britain was only a new beginning for Hong Kong, which has continued to evolve at its usual protean pace. Now as before, travelers swarm over such central Hong Kong attractions as the Peak and its tram, Stanley Market, the Kowloon water front at Tsim Tsa Tsui, the floating colony of Aberdeen and its jumbo Floating Restaurant, and the shopping in Kowloon and Central District.

But since the handover, the city, which is really only the center of a 250-island archipelago, has added attractions and improved its infrastructure with one of the best new airports in the world, a Disney theme park and an ever expanding range of hotels. And the growth doesn’t stop there, as only recently Hong Kong announced plans for a new cruise terminal that will up its profile in the international cruise marketplace.

There’s no easier place in Asia to move among the people than Hong Kong, and that’s the city’s secret ingredient. Public transportation on buses, subways, ferries and taxis are all easy and inexpensive. Signs are in English; and just about everyone speaks some English. Exploring the city begins with a priceless ride on the Star Ferry that will set you back about 15 cents.

Home to almost half of Hong Kong's population,  Kowloon is home to museums, malls, stores and the Tsim Tsa Tsui waterfront—one of the great urban promenades in the world. High tea at the Peninsula Hotel is a world unto itself, a place where live chamber music filters down from the rafters over a tea service in the full British style, replete with cucumber sandwiches, raisin scones and clotted cream. In Kowloon’s back streets you’ll find the Jade Market and the Bird Market, where the aroma of tea and the lilt of canary song waft amid the staccato clicking of mah jong tiles. On high-rise Hong Kong Island, the feeling on the ground is still British colonial.  Back in the 19th century, the Kowloon Walled City Park was a notorious area of gambling dens, brothels and slums. Today it’s been reborn as a peaceful Qing dynasty-style garden. 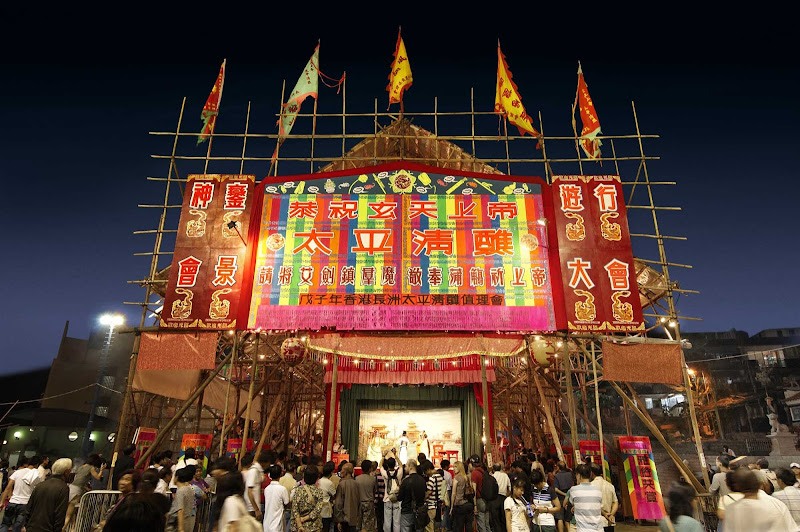 Now the home to the international airport, Lantau Island is also the scene of several diverse attractions, including Hong Kong Disneyland and the world’s largest seated bronze Buddha guarding the entrance to the Po Lin Monastery. For stunning views of the island, take the Ngong Ping 360, the longest bi-cable aerial ride in Asia, and check out family attractions such as Walking with Buddha, Monkey’s Tale Theatre and the Ngong Ping Tea House. The village incorporates traditional Chinese architectural features with a variety of shopping and dining venues. Away from Disney and Ngong Ping, Lantau is a home to fishing villages, beaches and the monastery. Be sure to ride the four-mile cable car out to Lantau.

Soaring almost 2,000 feet above the hustle and bustle of the central business district, Victoria Peak is Hong Kong’s premier tourist attraction. Take the historic tram to the top for spectacular views and then enjoy the nature trails winding through the hills.

An hour from Hong Kong by hydrofoil, this former Portuguese colony-turned-gambling mecca offers not just Las Vegas-style casinos but an intriguing historic district that is a designated UNESCO World Heritage Site.

Street markets abound in Hong Kong, including the Temple Street Night Market in Kowloon and Stanley Market on Hong Kong Island. Silk, clothes, jade, goldfish, birds, watches, shoes and a host of other items are proffered everywhere, with bargaining expected. 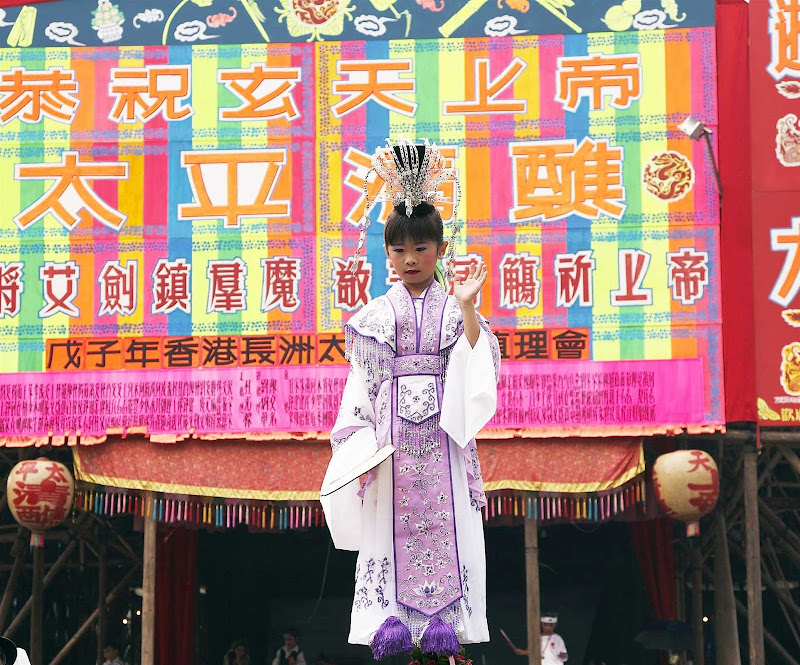 Ocean Park: Along with amusement park rides, this theme park has impressive marine life exhibits as well as a giant panda habitat.

Hong Kong Heritage Museum: Often overlooked but well worth the trip, this museum in the New Territories is packed with fascinating exhibits on Chinese history, art and culture.

Hong Kong, along with Taipei, is generally recognized as having the highest quality Chinese food in the world. The truth is though that Hong Kong’s global nature gives it great cuisine from all over the world. 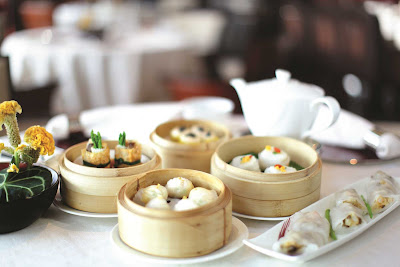 Hong Kong offers one of the world’s most eclectic dining scenes, but is best known for excellent Cantonese cuisine. Among places to find it is The Chairman, a restaurant in Central known for soy-sauce chicken with herbs and fresh crab steeped in ShaoXing wine. In Kowloon, Dung Lai Shun is acclaimed for its Northern Chinese specialties, including Peking duck and hot pot dishes.

Hong Kong’s signature lunch experience is a dim sum repast of various dumplings, meat buns and other tasty small-plate items. Jade Garden near Ocean Terminal is a good bet, as is Tim Ho Wan, with locations in both Kowloon and the Central district.

In its February 2015 issue, Travel + Leisure magazine named these as among Hong Kong's hot restaurants:

Shoulder season: January to May

Hong Kong’s most comfortable weather is in fall through early winter, when days are sunny and the humidity is low. January-March can be cool and overcast, while April and May are mild and pleasant. Summers are hot and humid and subject to tropical storms. 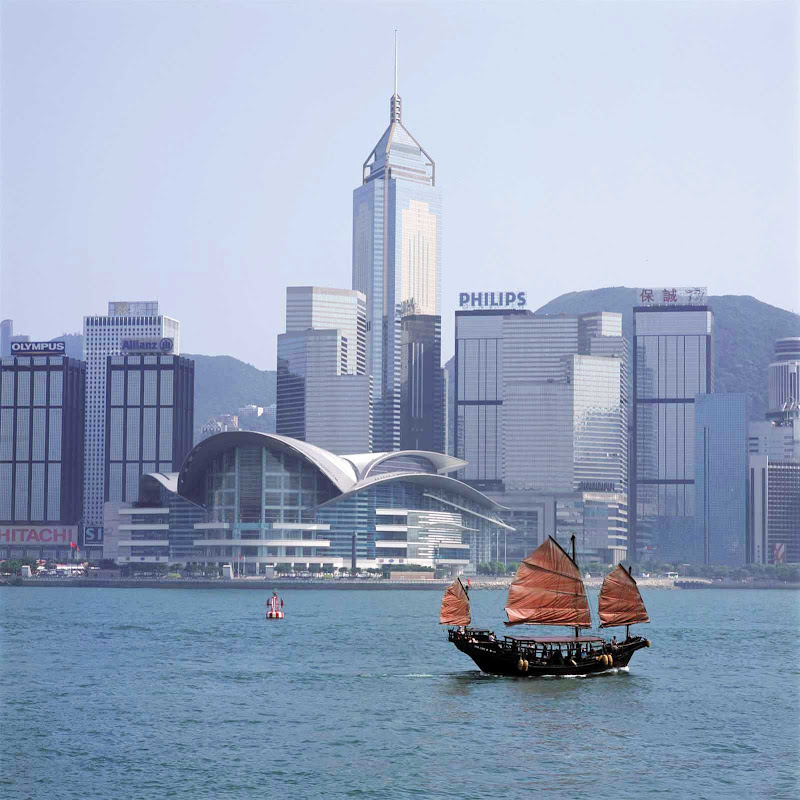 Cruise ships dock at Ocean Terminal in Victoria Harbor on the Kowloon side. It’s a short walk to restaurants, shops, top hotels, museums as well as to the Star Ferry and the subway. Many ships also now dock at the new Kai Tak Cruise Terminal, also in Kowloon, which can accommodate two mega vessels at one time.

Crossing the harbor from Kowloon to Hong Kong island is best done on the vintage green and white vessels operated by Star Ferry, providing stellar harbor views for a nominal fare. Taxis are plentiful and inexpensive.

Hong Kong also has an efficient subway system, Mass Transit Railway, which has stops throughout Kowloon and goes under the harbor to Hong Kong island. However, it’s best avoided at rush hour when it gets extremely crowded. Trams and busses are another option, especially good for getting to Stanley Market, Repulse Bay and other points on Hong Kong island.

Language: Cantonese and English are the official languages. Signage is usually in both languages and many people are bilingual.

Safety: Hong Kong is a safe city; serious crimes are not common. There are pickpockets but it's not a real concern even in crowded places as long as you take general precautions. Most Hong Kong Police speak English.

A note about travel to Hong Kong: Sporadic protests organized by pro-democracy demonstrators and directed at government buildings can affect some areas of the city. Travelers should seek advice from their consulates or embassies on travel advisories currently in effect.

Have you been to Hong Kong? Please share a story, tip or discovery. What was the highlight for you? Let me know!

“Venture out to Lantau Island to visit the Po Lin Monastery, a Buddhist spiritual center founded in 1906 by three visiting monks. Situated high up in the hills, the monastery's architecture and Buddha imagery shouldn't be missed.”

“For a unique experience, check out the Yuen Po Bird Garden, where older gentlemen bring their pet songbirds to show them off and give them some fresh air. There are also stalls that sell birds, live crickets and other avian treats.”

“One of the busiest religious shrines in the city, Wong Tai Sin Temple is perpetually packed with dedicated worshippers looking to have their prayers answered. The complex itself is a stunning structure that houses the teachings of Taoism, Buddhism and Confucianism.”