New York travel guide: What to do & see

Is it any surprise that the city that never sleeps also never runs out of incredible things to see, do and eat? If you're here during a cruise excursion, or a  visit before or after you cruise off, you can go about your visit in one of two ways:

Aim to fill that bucket list. Empire State Building? Ride that sucker up. Times Square, Rockefeller Center, the Statue of Liberty, Wall Street, and the Freedom Tower is one way to go — if you want to spend the day sardined with thousands of tourists.

An insider plan. Explore a more authentic, local New York. The life the local bodega owner, barista, hipster, Suit, punk-rock granny, and cab driver live every day. Complaining and comparing New York to everything else in the world while recognizing its superiority is the quintessential way to embrace a city of contradictions and extremes.

New York has everything and anything all at once, while being devastatingly overpriced and free at the same time. It can be the best and the most frustrating city for these reasons. Getting around is easy thanks to a  vast transportation infrastructure — buses, trains, cabs, ferries, bikes and, most reliably, your own two feet. When everything works (which it often doesn’t), everyone from all walks of life, collides, crammed together sharing the one Big ol Apple.

There are four locations where cruise ships dock in NYC:

Cruise ships that call on the Manhattan Cruise Terminal include:

Remember, ships also sail out of the Brooklyn Cruise Terminal and out of Cape Liberty across the river in Bayonne, NJ. 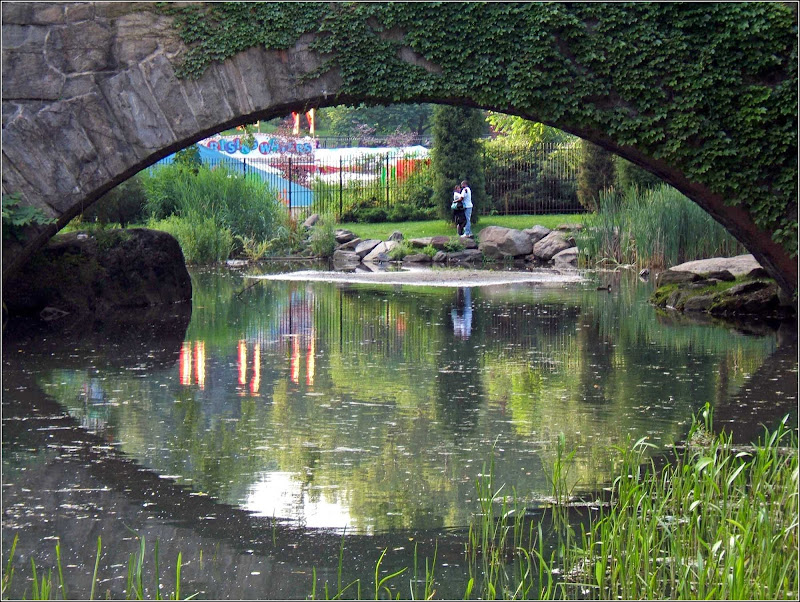 Top things to do & see in New York

There's no better way to embrace the city and it's energy, then by hitting the pavement by foot to experience the pulse that inspires the hustle to "make it." Note the eye candy and eyesores everywhere. Of course you have to stare (just do it politely and discreetly) while mastering that careful balance to also avoid, as it's hard not to be a voyeur to something and someone.

Midtown is home to Times Square, Empire State and Chrysler building, and the Theater District. (This includes Broadway, the offs and off offs.) Besides Internet deals for advanced purchased tickets, try your luck in line at the TKTS booths for half off and discounted tickets. Central Park, the Metropolitan Museum of Art (check the schedule), the MOMA, the Whitney, the Guggenheim and the Hayden Planetarium (inside the American Museum of Natural History) are located uptown. Lower Manhattan is home to the Villages: Greenwich, West and East Village, that is. Further down are TriBeCa, Wall Street, the World Trade Center site — including the incredibly moving 9/11 Memorial Museum, which is worth a visit — as well as the ferries to Ellis Island and the Statue of Liberty.

Explore High Line Park. The above-ground, former railroad track is now a lush, masterfully landscaped  “rails-to-trails” park stretching about 1.5 miles long from below 14th Street in the Meatpacking District up through Chelsea and ending near the Javits Convention Center on 34th Street. North of the 14th Street entrance, the park is literally straddled by the Standard Hotel,  a chic see-and-be-seen hotel and hangout hot spot, where park dwellers have been blessed (or cursed) with spotting some full-mooned, cheeky love birds keen on getting voyeuristic attention from the floor-to-ceiling picture windows.

Rent a bicycle from Citibike, Rent A Bike NYC, Blazing Saddles or Bike and Roll. Cycling a destination is an incredible way to thoughtfully get to know many neighborhoods and figure out how they connect in a short period of time. New York has dedicated lanes around most of Manhattan, and some of Western Brooklyn's perimeters. There are north and south and east and west bike lanes of varying separation from cars. Of course, always be careful! Worse than cars, are texting pedestrians!

The show always goes on on Broadway! The 2013-2014 season alone brought 44 new shows to marquees throughout the Theater District. While Broadway sales add $12 billion to the city’s economy and garners greater attendance than New York and New Jersey sports teams combined, there are other incredible  venues to discover, from the renovated Joe’s Pub, The Comedy Cellar and The Slipper Room to the Knitting Factory, The Box and KGB bar. Very good and very bad theater, music, comedy, dance and other experiential productions are as plentiful as the corner Starbucks.

People-watch at a cafe

To say people come to New York to shop is an understatement. Sure, iconic department stores from Macy’s and Bergdorf Goodman to Century 21 and Saks 5th Avenue hold retail court here, but it’s the precious boutiques and designer markets that reward purchasers with enviable finds.

Every neighborhood has a boutique or few to shop through. Check out trendy TriBeCa or bohemian SoHo (South of Houston, pronounced HOW-ston). My best tip? Rely on blogs for samples sales and insider finds. Some go-to blogs: Racked, The Cut, L-Attitude, Cup of Jo and Olivia Palermo. 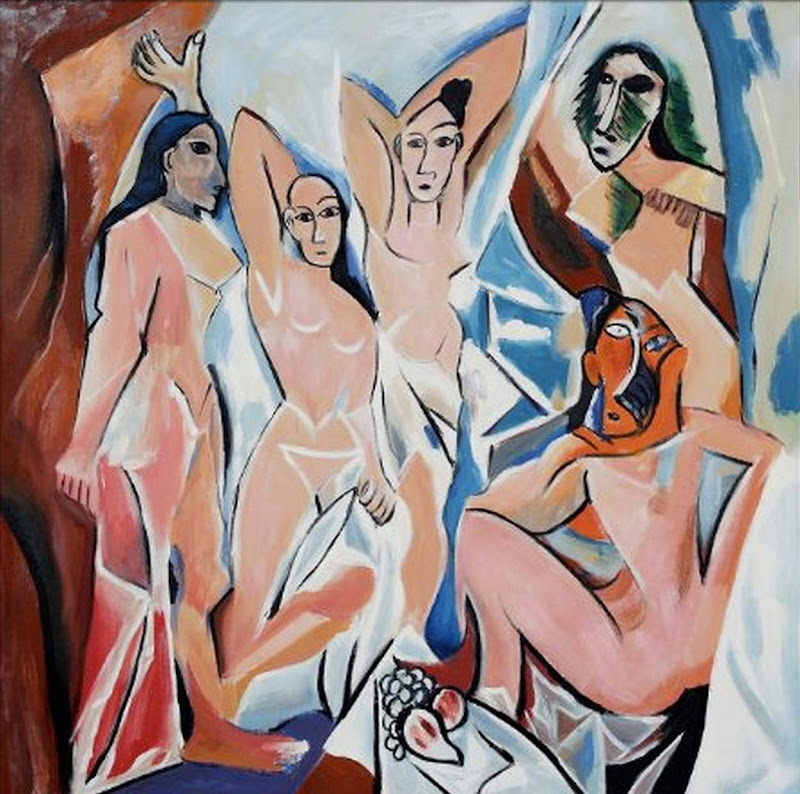 "Les Demoiselles d'Avignon" (1907), oil on canvas painting by Pablo Picasso. See it on the fifth floor of the Museum of Modern Art.

A Mecca of global flavors, New York is effortlessly a food capital of the world, and a great many a restaurant will impressively try to prove it to you. While every block and neighborhood has eateries representative of a culture or region (think: Little Italy, Little Thailand, India, Ghana, Japan, etc.), those wanting one-stop food indoors can head to Chelsea Market and Eataly. Outside eaters can devour gourmet food fetishy items at either Smorgasburg in Williamsburg and Brooklyn Heights, or, at any of the annual/seasonal/weekly food festivals and markets.

Pick a neighborhood and then peruse the city and local neighborhood blogs for favorites. Bookmark Eater and Grub Street for popular suggestions from both blogs. Personal favorites: A burger from The Spotted Pig; Oysters at Grand Central Oyster Bar; macrobiotic at Souen, Japanese from En Brasserie, and Austrian from Cafe Katja. 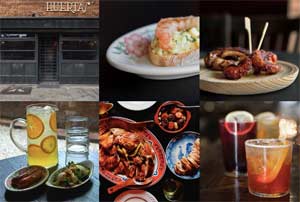 It's OK to embrace your inner tourist in New York if you need to. New Yorkers might seem rude, but the reality is they are quickly heading to where they need to be. (They love giving directions.) If you want to do the old school touristy food thing there's Restaurant Row with B. Smith’s and Hour Glass Tavern in the Theater District. While there's amazing pizza spots that have opened since, you can still get an original slice from Ray’s Pizza on Prince Street. You can do the whole "When Harry Met Sally" thing still at Katz’s Deli on Houston Street for $20+ hand cut corned beef and pastrami sandwich. The River Café in Brooklyn is a romantic, candle-lit floating barge serving American Nouveau cuisine. Dessert? Head to 3rd Avenue for a sweet treat at Dylan’s Candy Bar.

Other dining spots? The New York Times named these best 10 restaurants and best 10 dishes in New York in December 2015. And here are a few favorites that Travel + Leisure recommended in its February 2015 issue: Bâtard, where "downtown glamour meets uptown polish"; Ivan Ramen for "witty Japanese-American mash-ups"; Huertas, "a Basque gem" with enticing tapas and a tasting menu; and the new Roman-themed Marta. 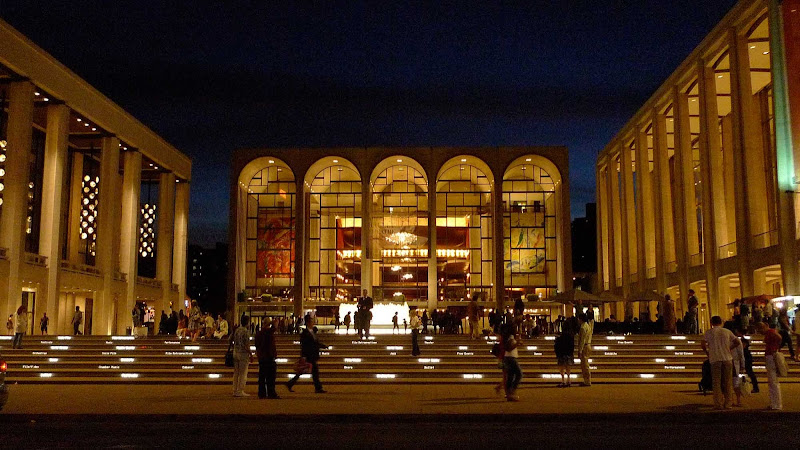 Bartending isn’t a summer job in New York. It’s a career. It’s a lifestyle. There’s an art to the cocktail, a mastery to the microbrew, and an esteemed sommelier behind many a wine list. Everyone has and loves their local watering hole, so pick a hood, read a local blog and order a drink or two or three.

Me personally, I love the absinthe mixology happening at Maison Premiere in Williamsburg, a saucer of sake from Satsko in the East Village, and a few glasses of wine at any of the three Terroir locations, or, one of my favorite speakeasy-inspired pseudo secret spot: The Campbell Apartment. Whatever you decide, there are happy hours aplenty and never a dearth of New York watering holes.

Detox, or, shvitz to unwind alongside scantily clad tattooed hipsters and hairy Russian men. For over 100 years, the Russian Turkish Baths in the East Village has been a go-to for New Yorkers in need of sweating out the highs and lows of city life. Between the Redwood Sauna and the Aromatherapy Rooms, the Russian Turkish Baths create the perfect few hour of reprieve to tackle jetlag, cruiselag, lifelag, and avoid a miserably cold day. 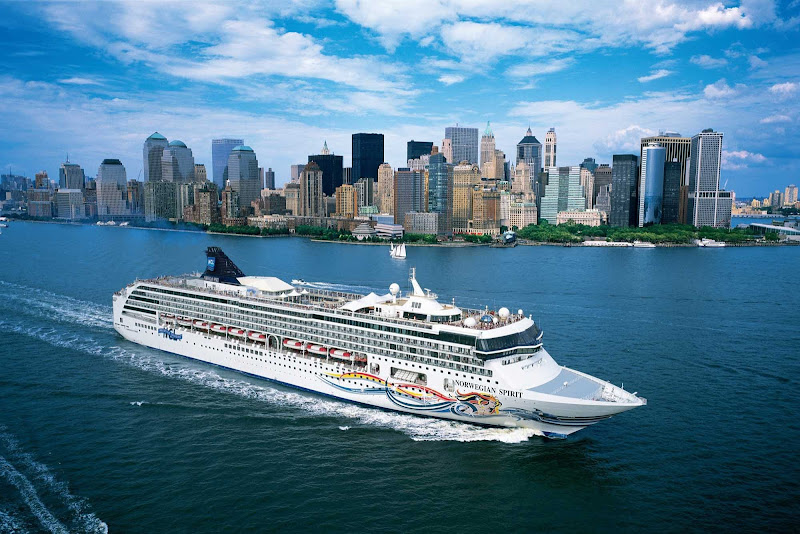 Courtesy of Norwegian Cruise LineNorwegian Spirit, at the mouth of the Hudson River, sails past New York's magnificent skyline.

The calendar of events New York offers throughout the year are never ending, with something weird and/or wonderful to take part in almost every day. There is literally something for everyone, between festivals, parades, comedy shows, live TV tapings, and holiday celebrations. Make sure to check event calendars so you don't miss anything!

Off the beaten track

Anytime! New York City has a humid-continental climate and experiences all four seasons, with super hot summers, crisp and dry autumns, polar vortex winters, and gloriously sunny with a side of sprinkles, springs. Being the insomniac city it is, there is always something going on so there is no real “best” time to visit. Summertime is big on al fresco dining and entertainment. Autumn is when the performing arts season reaches its height. Springtime enjoys the rush of sun seekers basking in the city's parks, and there’s no more iconic place to enjoy the December holiday season than in NYC. From Rockefeller Center to Radio City, the city is a continual celebration during the winter months when hotel prices tend to surge. Looking for a bargain? Mid-January to early April often offer the best rates. 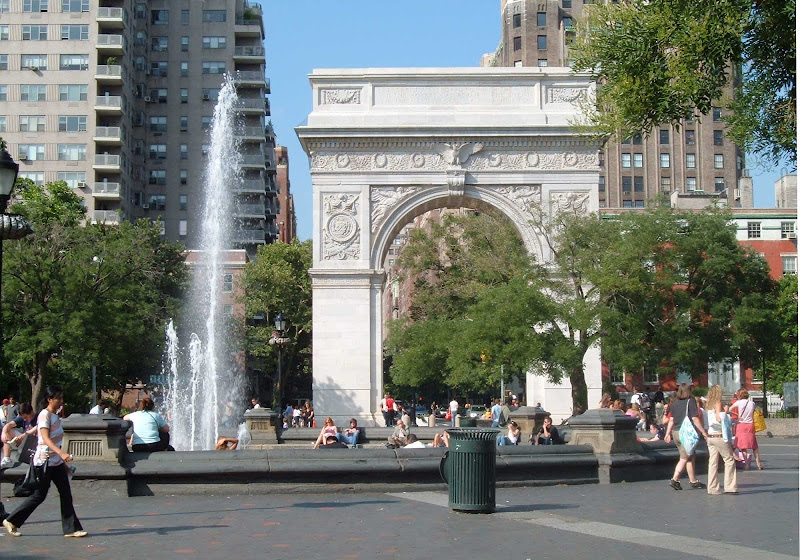 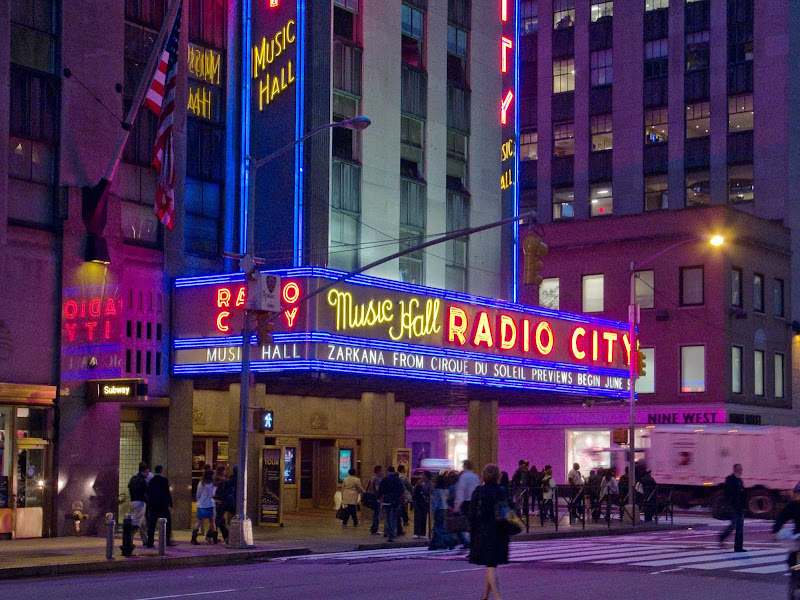 Sample transportation infrastructure at its finest and filthiest. Manhattan is laid out as a grid, with numbered and named streets running east and west and avenues running north and south. There’s no better way to see the city than to walk or bike it. For longer distances, during temperamental weather, or, when you're in a hurry, there are taxis, buses, and the subway.

The New York subway is easily the swiftest way to travel around the city. It runs 24 hours a day and costs a flat rate of $2.50 each way (until there's yet another rate hike), regardless of the distance traveled. MetroCards can be purchased in vending machines in every station — that's the only way to enter the subway. Every line is identified by either letter or number  and free maps are provided at manned booths.

Been to NYC? Everybody has a favorite place or discovery. What's yours? Please share, I'd love to know!

“For solo dining, I like Yakitori Totto on 55th Street between 7th and 8th. Arrive early as they don't take reservations.”

“Pearl Oyster Bar is a Greenwich Village standby that's often forgotten on the 2014 map of hip and delicious restaurants. But if you're in the market for fried oysters and a skate sandwich, there is simply no better place.”

“Fung Tu: Chef Jonathan Wu honed his skills at Per Se before opening this haute take on a neighborhood Chinese restaurant last fall. Small plates like the silken tofu with lobster broth shine, but the cocktails — we love the Apium Den, with Dorothy Parker gin, house-made Szechuan syrup, and celery juice — are the real stars.”

“Who doesn't love a sexy bar with delicious bites? Our new haunt: the banquette-lined, mahogany-clad NoMad Bar, from the team behind the adjacent NoMad hotel. They had us at pot pie and foie gras, but we stayed for the bacon-wrapped hot dogs with black-truffle mayonnaise, artisanal beers, and perfectly balanced cocktails.”