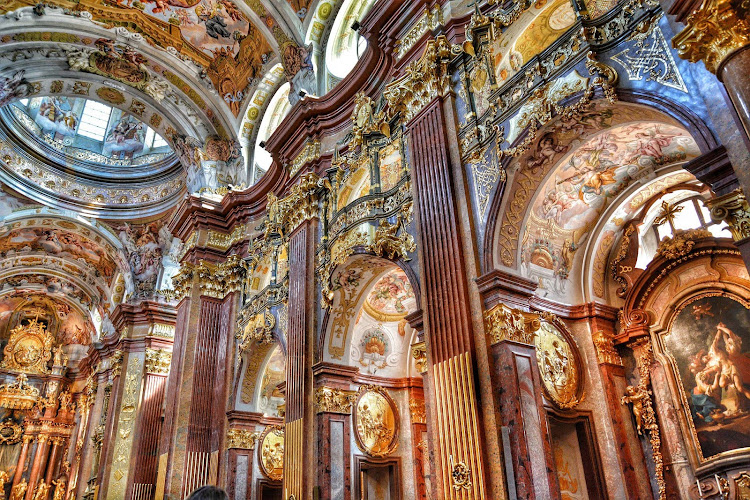 Inside the Baroque style Melk Abbey in Austria.

A Viking River Cruise along the historic Danube

The Danube, which flows through 10 European countries, has been termed the “route of emperors and kings.” During the Middle Ages travel by water was the easiest – and most luxurious – way for a monarch to visit his or her dominions. Then, as now, cities of any importance were situated near the river.

Today, Viking offers a river cruise called “Romantic Danube,” which takes passengers one way from Budapest, Hungary, to Erlangen, Germany – or alternatively from Erlangen to Budapest. The “Romance” of the title, by the way, refers to the “Romantic Movement” of the early 1800s. In this case, European authors, artists and others reacted against the perceived coldness of England’s Industrial Revolution with creations of emotion and warmth.

The scenery along the Danube is among the most beautiful in all of Europe. Hills and mountains rise along either side until port cities come into view, and every now and then an ancient castle can be seen on a projecting crag.

From March through the end of December, Viking cruise ships dock at selected ports and guests can go ashore for a day of touring these historic European cities.  Ironically, cold December is one of the most popular travel months, as passengers come specifically to visit the famous Christmas markets.

This is one river cruise that is on my bucket list.