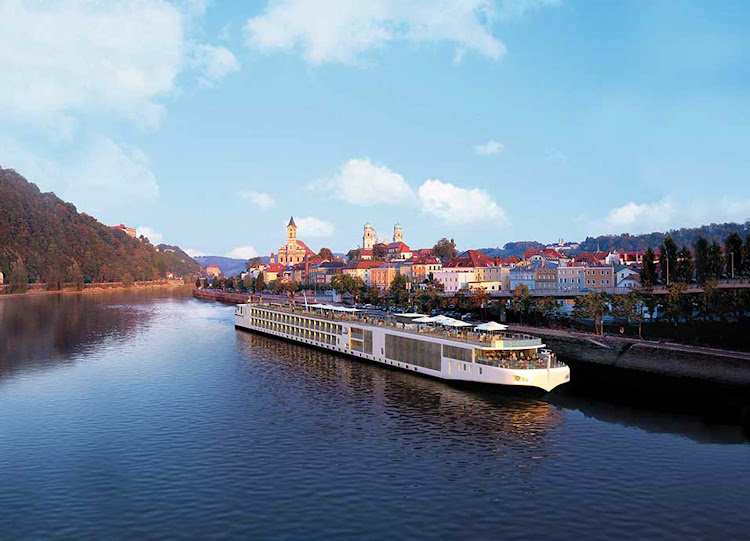 A Viking Longship sails through a charming village. A typical itinerary will allow passengers to spend the better part of a day exploring cities, towns, castles and museums with a guide or on their own.

Rolling on the Rhone River with Viking Cruises