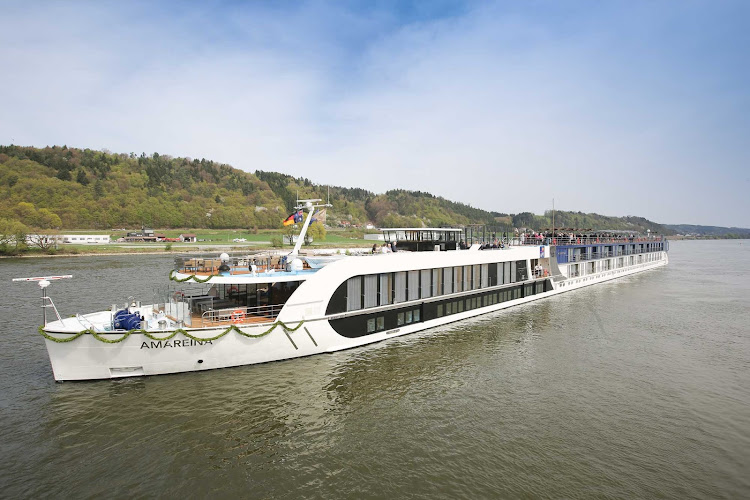 The 164-passenger AmaReina features sailings on the Rhine, visiting France, Germany, the Netherlands and Switzerland.

The company on Tuesday revealed its Adventures by Disney division will offer 14 river cruises in 2017. That's twice the number it'll offer this year as it gets into river cruising for the first time.

The voyages will include new seven-night Rhine River sailings as well as seven-night Danube sailings. The company this year only is offering voyages on the Danube.

Partnering with AmaWaterways, Disney Cruise Lines will be bringing European river cruising to families.  The new AmaWaterways river ships are designed for families, being able to hold 3-4 people in many of the cabins.  Disney will also be custon designing the shore excursions. What a great way to expand your childrens world view.