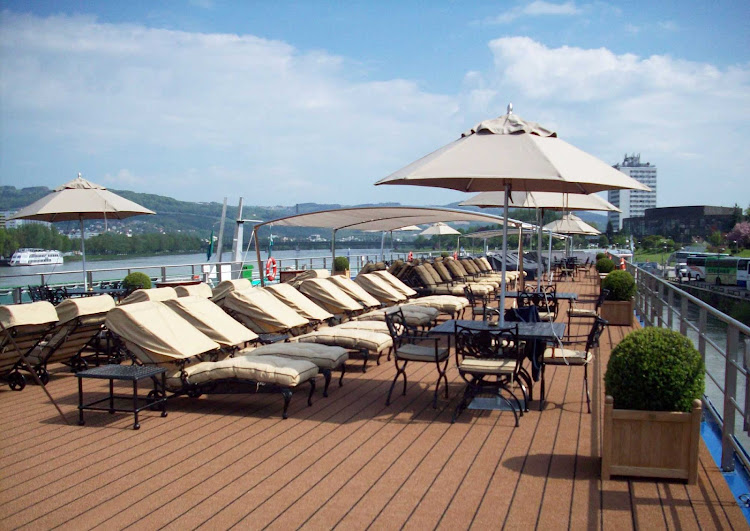 Recline on a sun lounge up on the deck of the River Beatrice cruise ship as you sail past historic and scenic points of interest along the Danube River.