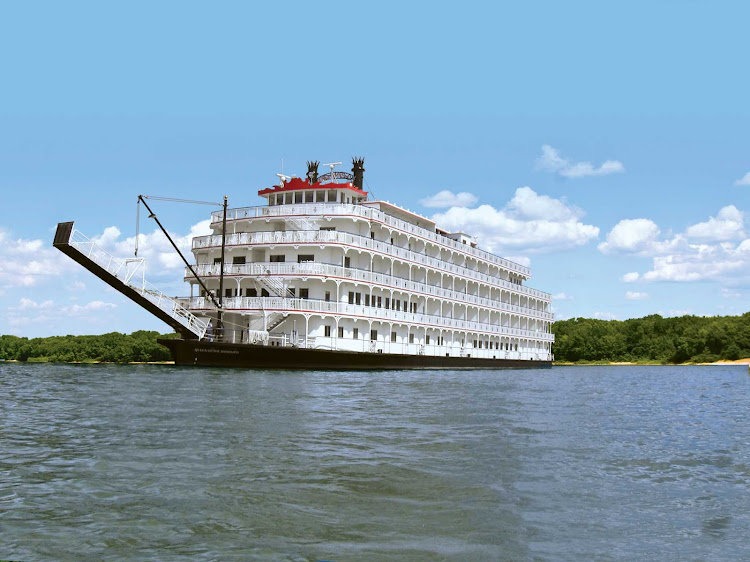 American Cruise Line's Queen of the Mississippi was inspired by traditional late 19th century Victorian riverboats yet is outfitted with modern amenities.

River cruising grows in the US

River cruising is exploding in popularity and with good reason. Nonstop scenery, close contact with local cultures, and the ability to dock in the heart of cities and at scenic or historic spots are among its many appeals.

While European cruises are particularly popular, Americans don't need to fly across the ocean to experience the pleasures of rollin' on the river. A small but growing number of boats right here in the US offer cruises in the American Heartland and the Pacific Northwest.

U.S. river cruising has undergone a revival in the last five years as new entrepreneurs have entered the business and invested in building new boats and refurbishing idle ones. The American Queen Steamboat Company, for example, has recently restored two palatial paddlewheelers. One, the American Queen, is the largest steamboat ever built: Six decks high, with a Grand Saloon modeled after Ford's Theatre in Washington, D.C., and filled with antiques, it carries 432 passengers in Victorian-era splendor.

Traditionally, when most people think of river cruising, they think of the rivers of Eroupe, Asia and possibly South America. The truth is that there are options for people who want to do a river cruise right here in the US.

Recently, my wife and I have been looking at doing a river cruise of the Mississippi River, on an American Cruise Line cruise, although the Pacific Northwest is enticing also.