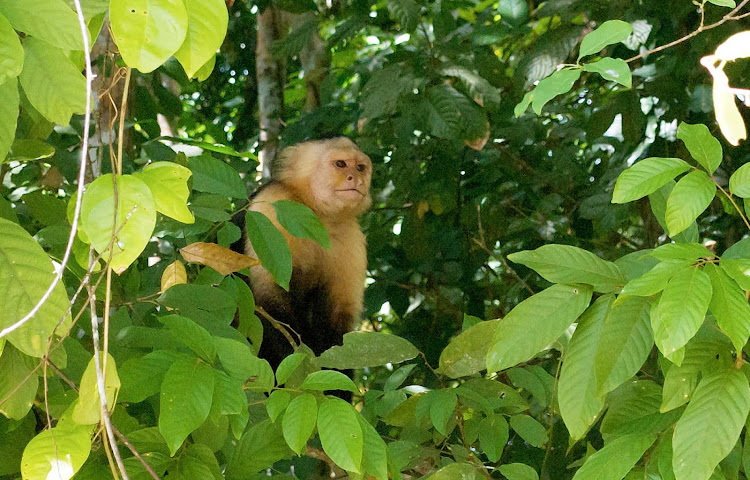 A capuchin monkey spotted near the Panama Canal.

Guests sailing on Windstar Cruises' Costa Rica & Panama Canal itineraries have a new way to celebrate: The Canal Celebration, a deck side festival, invites guests to experience the sights and sounds of the Panama Canal while enjoying amenities and activities that highlight the Panamanian culture.

New for 2015 and 2016, Windstar guests can enjoy a nighttime passage through the Panama Canal, during which lights illuminate the inner workings of the waterway, during the Canal Celebration. As the ship approaches the first locks in the early evening, a speaker from the Panama Port Authority comes on board to introduce guests to the complex lock system.

As the yacht navigates the passage, guests can drink local beverages, beers, and cocktails from a mobile drink cart while listening to local festive music from various regions around the country.

In the evening, guests can dine on a custom-made Panamanian menu, curated by Windstar’s Executive Chef Michael Sabourin. Upon completion of the passage, guests find in their stateroom a certification of The Order of the Ditch, a Navy tradition that recognizes “sailors” who have passed through the Panama Canal.

Windstar Cruises is really making a Panama Canal transit very intriguing.  Windstar's Costa Rica & Panama Canal luxury cruise will be a fun and very informative cruise. In addition to the Panama Canal transit, Windstar stops at some of the most beautiful areas in the region where you will see sloths, howler monkeys and other wildlife that make this part of the world their home.

Windstar also has some pretty amazing land packages for either before or after your cruise.