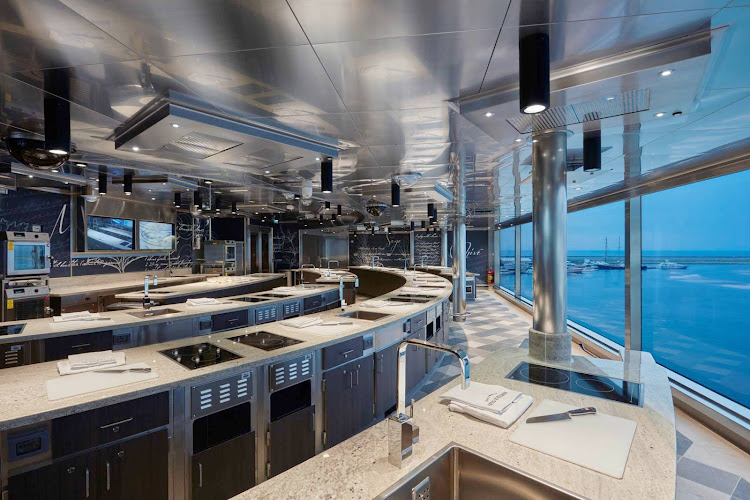 At the Culinary Arts Kitchen, you'll learn how to prepare exquisite dishes in an environment reminiscent of a prestigious cooking school.

Currently on its way to Miami, Florida for the first time from the Mediterranean, Regent Seven Seas Cruises’ brand new Seven Seas Explorer is preparing for the Caribbean with a series of Gourmet Explorer Tours.

Beginning in December, the liner, said to be “the most luxurious ship ever built,” will make its North American and Caribbean debut sailing on 10- and 14-night voyages this winter and next spring. Besides the special shore excursions, the ship will also present new courses at its onboard Culinary Arts Kitchen.

I think it is a great idea to have a dedicated cooking class area on a cruise ship. Regent Seven Seas brand new Seven Seas Explorer has this covered with a very nicely designed cooking area. Instead of watching a demonstration of someone cooking, actually doing the cooking is a better way to actually learn how to make some of the iconic dishes of the Caribbean.

The additional cost shore excursions also sound like they would be fun and entertaining for any foodie.