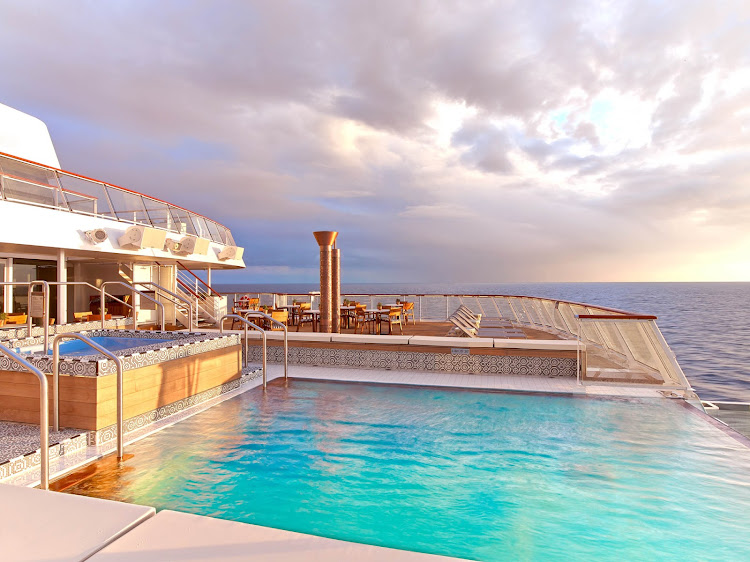 Spend a relaxing afternoon on the Aquavit Terrace on Viking Star.

What sets Viking Ocean Cruises apart in the Caribbean

Fresh off Viking Ocean Cruises’ inaugural cruise to the Caribbean, it can be said that the company is well on its way to making a bigger splash in the industry. Up until now, Viking Cruises, with its Viking River Cruises brand, has predominantly covered the European continent, but as its ocean fleet expands, so too does its international itineraries.

The 2015-launched Viking Star and 2016-launched Viking Sea initially started out with sailings in the Baltic and Mediterranean with farther jaunts west to the British Isles and north to Norway. The Viking Star has now left from Bergen, Norway to cross the Atlantic and visit Canada and New England before calling on the United States In New York City (where we boarded) for the first time on the way down to San Juan, Puerto Rico. Currently, it is embarking on a season of roundtrip 11-day West Indies Explorer itineraries.

Most remarkably on the first run, the Viking Star was almost always the only ship in port, only encountering two other Carnival Cruise Line ships and a Royal Caribbean International one in San Juan. Even in those cases, one of the greatest benefits to sailing on Viking was apparent in seeing ample lines for guests returning to the larger ships as we swiftly boarded the intimate 930-guest Star with no wait.