Panama Canal travel guide: What to do & see

The sweeping human drama behind the 50-mile Panama Canal is a fascinating chapter of history best appreciated by those who have done some homework before arrival. But equally as captivating is the scenery — deep green rainforest teeming with exotic animal and bird life, processions of cargo vessels from around the world — that floats by.

Depending on itinerary, your ship may make a complete transit of the canal and linger an extra day in port for shore excursions. Or, it might enter from either the Atlantic or Pacific end and proceed as far as Gatun Lake, the large body of water in the center of the isthmus, before turning around. A third option is for ships to offload passengers to smaller vessels for a partial or complete canal transit, returning them to the mother ship by motor-coach.

Ships that sail through the Panama Canal 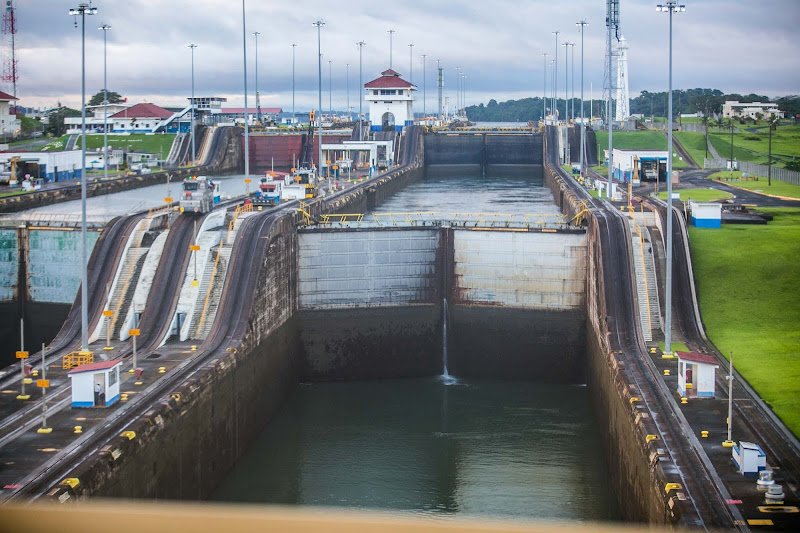 JD Lasica / Special to CruiseableLooking forward to the second and third locks of the Panama Canal from the first lock.

Top things to do & see on a Panama Canal cruise

Start by doing  your homework about one of the Seven Wonders of the Modern World. “The Path Between the Seas,” historian David McCullough’s Pulitzer Prize-winning chronicle of efforts to build the canal, is highly recommended for pre-trip reading. The 2012 PBS American Experience documentary on the canal also provides great background.

Stops along the way 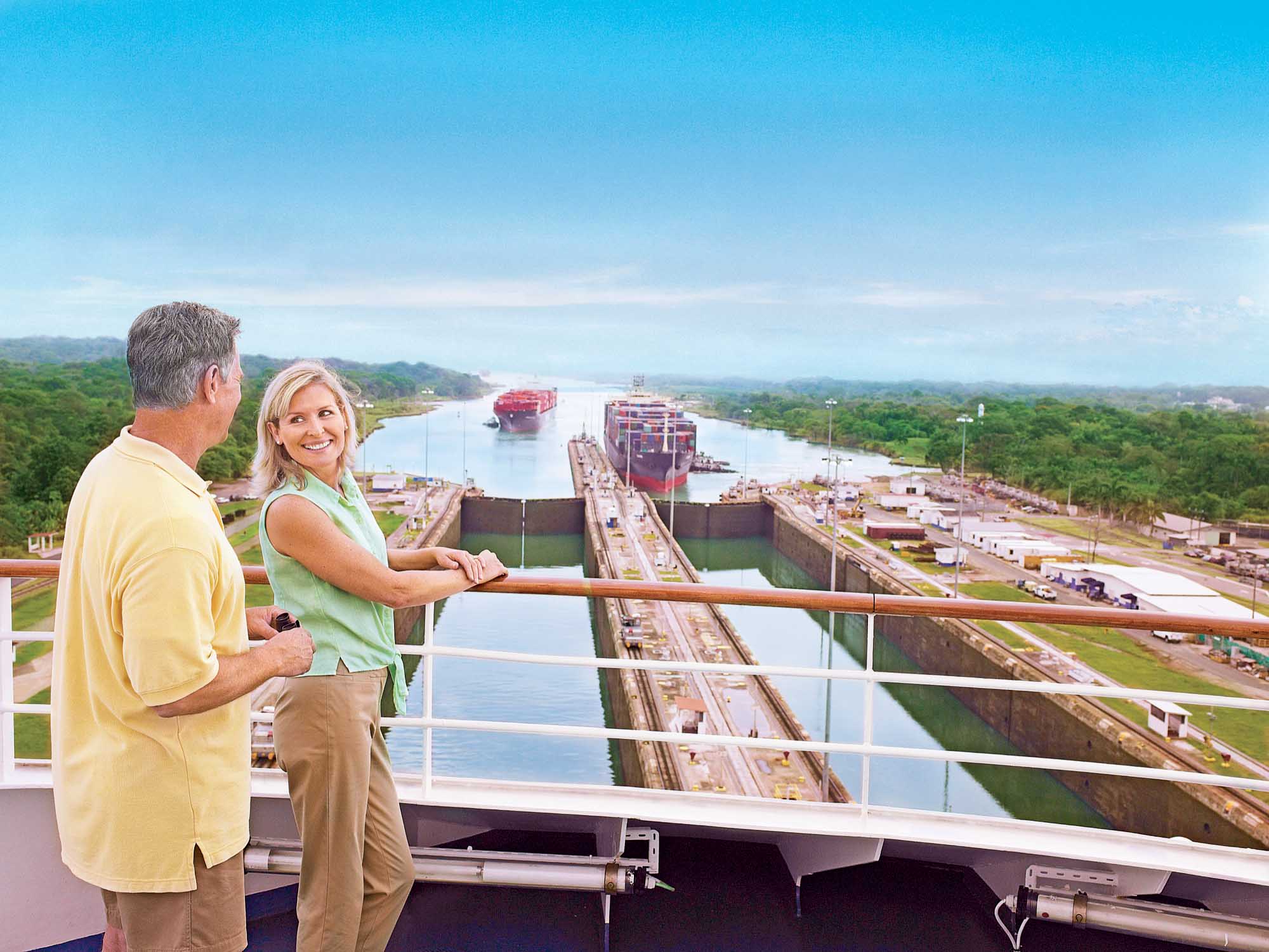 Completed in 1855 to service California Gold Rush trade, the Panama Canal Railway today offers passenger service linking Panama City on the Pacific coast and Colón on the Atlantic. Two-ocean journeys serving cruise passengers must be booked directly through the cruise line and often sell out in advance. 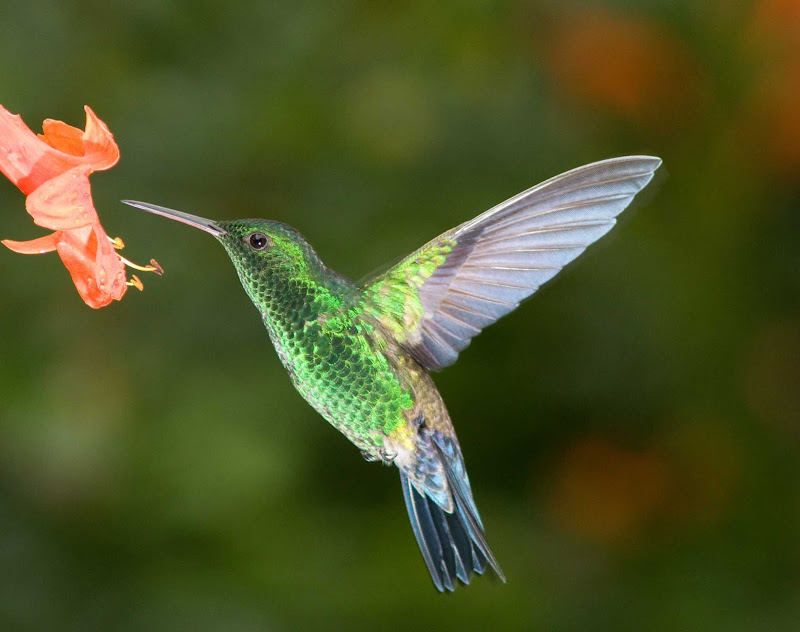 Courtesy of Holland America LineSee gorgeous hummingbirds and rare wildlife on a cruise to the Panama Canal.

Shimmering skyscrapers and a skyline rivaling Miami’s take many travelers by surprise, but for day-trippers, the old city center of Casco Viejo, a UNESCO World Heritage Site, is the place to go, either with a tour or on your own.

Many shops, restaurants and historic buildings beckon, but don’t miss the Panama Canal Museum or the Paseo Las Bóvedas, a landscaped esplanade atop a 300-year-old seawall. It offers views of the iconic Bridge of the Americas arching over the canal and of ships waiting (sometimes as long as a week) for their turn to transit.

The Atlantic terminus of the Panama Canal has always been a rough place. Keep street crime at top of mind if you choose to walk around the colorful if decrepit streets. The Colon 2000 cruise port, developed to give visitors a safe haven, boasts a modern (and duty-free) shopping center, and the nearby historic sites of Portobelo and San Lorenzo are worthwhile attractions included on many shore excursions. 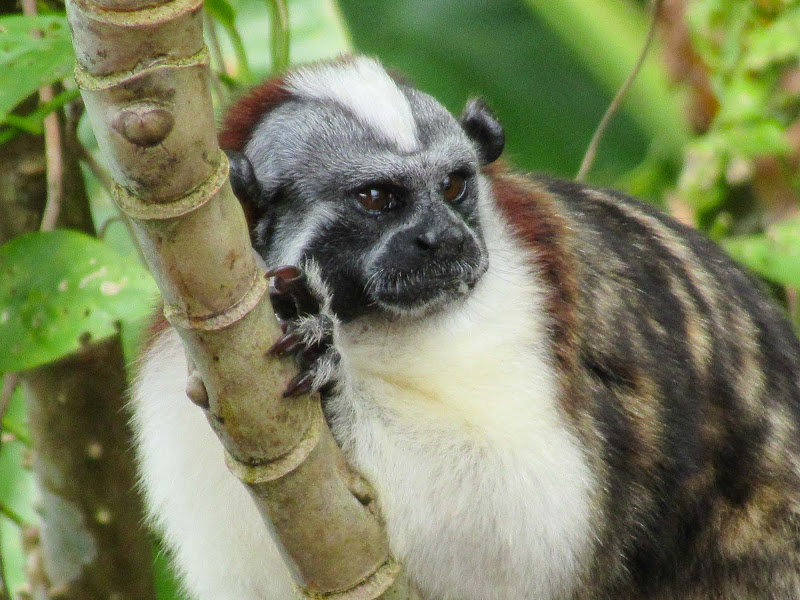 JD Lasica / Special to Cruiseable A Tamarin or titi monkey considers whether to approach a tourist boat at Monkey Island in Panama. Visit Monkey Island on a shore excursion.

Getting out on the canal in a small boat puts giant cargo ships in perspective the way views from a cruise ship cannot. Book an excursion through your cruise line or arrange in advance with a tour operator such as long-established and highly regarded Ancon Expeditions. Motorized canoe trips to Emberá villages on the jungle-cloaked Chagres River are another option that kids and parents find fascinating.

Book a helicopter tour with Air Charter Panama and get an aerial view of Panama City, the canal, the rainforest that surrounds it and the dozens of ships waiting to pass through.

Few cruise itineraries allow time or opportunity for independent dining, but if yours affords a few mealtime hours in Panama City, check out one of these best bets in the Casco Viejo historic district.

Habana Panama is a 1950s throwback nightclub, dance spot and bar-restaurant with tasty appetizers and lots of energy, while Tantalo is a trendy tapas spot in a hotel of the same name (be sure to take in the skyline views from the Roofbar).

Most ships visit October to April, although repositioning cruises often transit at other times of year. A full transit takes the better part of a day. Your ship will be assigned a time to enter the canal, ideally in early morning. Pack bug repellent and an umbrella; you’ll need both for shore excursions. 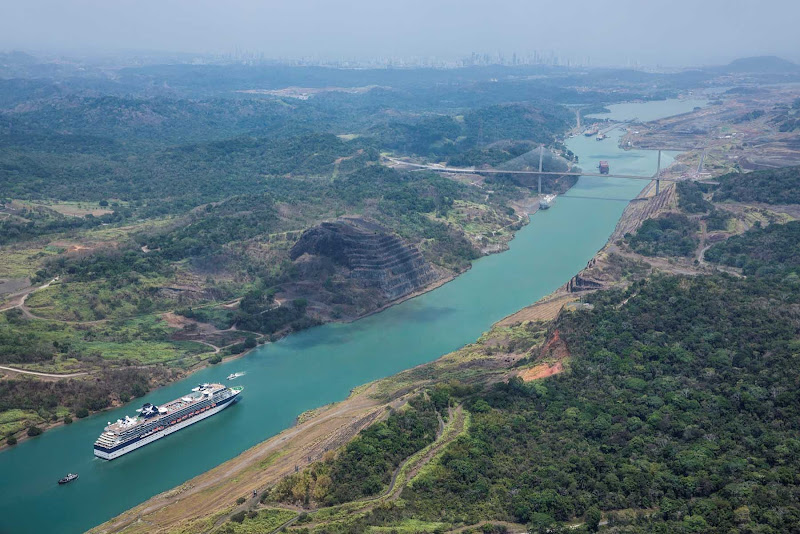 Courtesy of Celebrity CruisesCelebrity Infinity cruises through the Panama Canal, one of its signature sailings.

Ships entering the canal from the Atlantic (Caribbean) side dock in Colón, either at Cristobal Pier or at the fancier Colon 2000 complex. On the Pacific side, the main port of call is Fuerte Amador, on an island connected by causeway to the mainland. Duty-free shopping opportunities are available at all three gateways.

Tap water in Panama City and in other communities along the canal is safe to drink.

Currency: The Balboa, on par with and completely interchangeable with the U.S. dollar.

How about you? Have you sailed through the Panama Canal? What was it like? Would love to hear your top highlights!

“The star attraction of these cruises — and their real selling point — is, or course, the Panama canal, with its three sets of locks that raise ships 85 feet to Gatun Lake, then lowers them down on the other side, back to sea level. Passengers get up early for the big day, lather on sunscreen, and find a prime viewing spot on the bow as cruise ships mingle with freighters waiting their turns to enter the locks.”

“(The canal) is at once a masterpiece of engineering and a blend of tragedy, scheming and an unimaginable amount of human effort.”