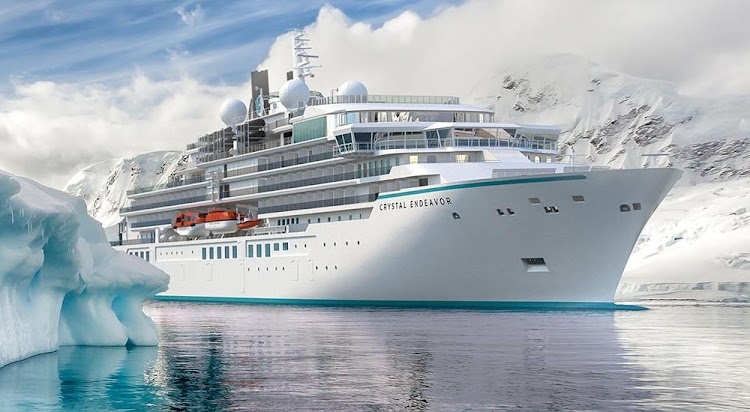 Crystal Endeavor is on course to make her inaugural voyage out of Reykjavík on Sunday.

Inaugural voyage set to begin Sunday for circumnavigation of Iceland

Stralsund, Germany, July 12, 2021 – Crystal Endeavor, the first “Made in Germany” Polar Class 6 (PC6) luxury expedition yacht, cruised out of MV WERFTEN shipyard in Stralsund this past weekend where she was designed and built. The yacht is now bound for Iceland and her inaugural voyages in the Land of Fire and Ice.

A pier-side sail away celebration was held Saturday at MV WERFTEN for employees and family members who offered a heartfelt sendoff of waving and wishes of “gute reise” and “bon voyage” to the intrepid new expedition yacht. Crystal Endeavor sailed from Stralsund with a full vaccinated crew and is scheduled to arrive in Reykjavík, Iceland, on Thursday.

The ship will depart Reykjavík on its inaugural voyage Saturday after an overnight in the city on the first in a series of five 10-night voyages circumnavigating Iceland.

Jack Anderson, president of Crystal, described the new state-of-the-art expedition yacht as “the most spacious, most powerful and most luxurious expedition ship in the industry.” He said Crystal Endeavor would offer guests “incredible adventures to the far reaches of the globe, with the highest standards of safety and sustainable features that demonstrate extreme care for our guests and the world’s oceans and the destinations we visit.”

Crystal Endeavor immediately becomes among the world’s largest, most luxurious megayachts ever made.

The ship was christened June 26 in Stralsund with Manuela Schwesig, prime minister of Mecklenburg-Western Pomerania as the ship’s godmother and she sent the ship and her crew her best wishes. Added Schwesig: “Those involved in the construction have done a wonderful job crafting this unique ship with innovative technologies, especially when it comes to environmental protection. This is engineering and craftsmanship of the highest order.” 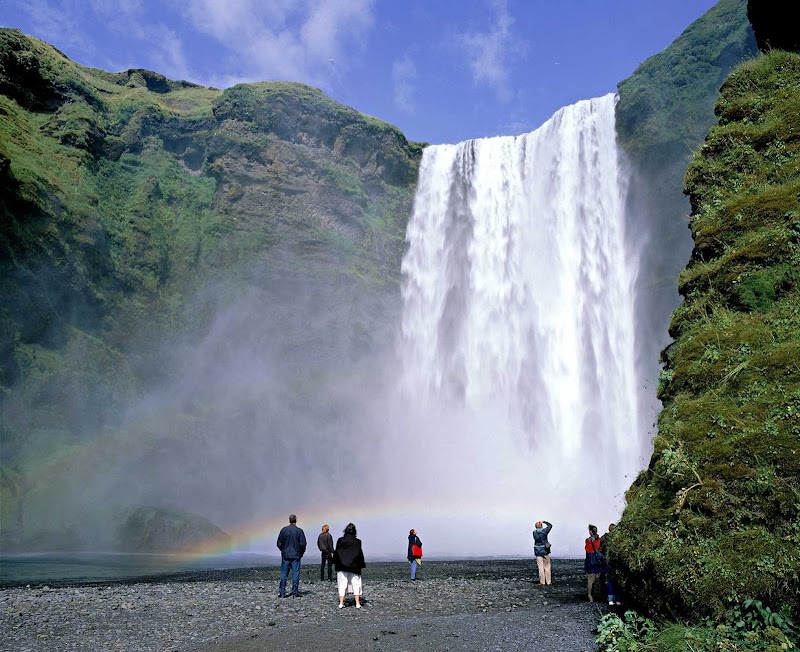 Courtesy of Cruise IcelandSkogafoss waterfall, on the south coast of Iceland, is 82 feet high and 197 wide.

Crystal Endeavor is the ninth ship in the award-winning cruise line’s worldwide fleet, the fastest and most powerful expedition ship in the industry and features a PC6 classification that enables her to sail in Arctic and Antarctic regions. At 100 gross tons and 10,000 cubic feet per guest and a passenger space ratio of more than 100, she has the largest space per guest of any ship at sea. Luxuriously designed to offer discerning travelers elegantly expansive private and public spaces, the ship accommodates just 200 guests in 100 well-appointed all-veranda, all-butler serviced suites, among the largest and most spacious in expedition cruising. A one-to-one staff-to-guest ratio delivers the personal and genuine service for which Crystal is known.

Throughout the ship, Crystal hallmarks accent guests’ onboard experience: Michelin-inspired dining options including Umi Uma, the first and only Japanese restaurant on an expedition ship, fine Italian cuisine at Prego, 24-hour room service and optional Vintage Room experience; the only casino on an expedition yacht; a glass-covered, two-story solarium – housing the Seahorse Pool and Jacuzzi – providing panoramic views from sea to sky; and the full-service Crystal Life Salon & Spa with a state-of-the-art Fitness Center; as well as a wrap-around Promenade Deck, an iconic Crystal design element. Expedition-specific amenities will include high-tech enrichments spaces, designated mud rooms, an Expedition and Helicopter Lounge.

The ship’s marina will feature the “toys” found aboard a private yacht including a fleet of Zodiacs, kayaks, snorkel gear and a six-guest submersible and two helicopters in select regions of the world. Exploration equipment includes a Remote Operated Vehicle (ROV) to view the sea at a 300-meter (almost 1,000 feet) depth and a Gimble long range camera mounted on the mast that can zoom in to view wildlife and scenery over a mile away. Guests can join in with the expedition guides in Palm Court and the Expedition Lounge who are operating the equipment to alert of sights they would like to see up close.

As the first true luxury expedition yacht to restart cruising in the Arctic and Northern Europe, Crystal Endeavor’s maiden voyage sails from July 17 – 27, 2021 as part of a series of 10-night immersive voyages circumnavigating Iceland’s most dramatically beautiful and fascinating locales. The Luxury Iceland Expedition voyages sail round-trip from the ship’s homeport of Reykjavík, affording travelers convenient air options, just six hours from New York City, three hours from London and with frequent non-stop flights from many major cities in the U.S. and Europe. Fares start at $17,999 for these luxury expedition sailings. The series will be followed by the 10-night Journey of Vikings: Iceland & Norway from Reykjavík to Tromsø, Norway, departing Sept. 5, 2021.

Additional autumn departures include the 13-night Norwegian Fjords & Scottish Isles Exploration from Tromsø to London, departing Sept. 15, 2021, featuring the fjords and UNESCO treasures of Norway and an overnight in Edinburgh, and the 11-night Breton, Bordeaux and Beyond from London to Lisbon departing Sept. 28, 2021, and highlighted by two nights in the heart of Bordeaux and an overnight call in London.

If you're interested in a cruise on Crystal Endeavor, contact a Cruiseable travel consultant at 1-877-322-3773 or by email.