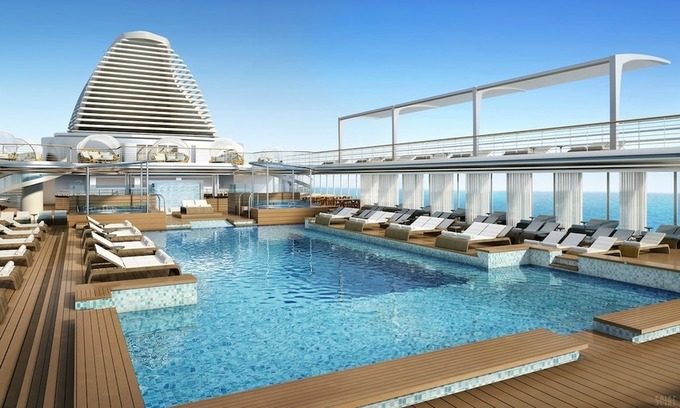 A luxury cruise renaissance is on its way as Crystal Cruises, Regent Seven Seas Cruises, Seabourn Cruise Line and Silversea Cruises all expand their operations from now into 2018 and beyond.

No single line in the group is growing as much as Crystal Cruises as the company, recently purchased by Genting Hong Kong, prepares to introduce entirely new brands and new ships. Until now, the line has consisted primarily of two ships, but now it has three new Exclusive-class vessels on order. Illustrating the magnitude of the company’s growth is Genting HK’s decision to buy the Lloyd Werft shipyard in Germany where they will be built.

As for Regent Seven Seas Cruises, the luxury line is coming out with the new Seven Seas Explorer, which the line is calling "the most luxurious ship ever built,” on July 20, 2016. Onboard will be an impressive set of decadent features including 375 total suites, sporting the largest verandas in the cruise industry, the crème de la crème of which will be a 3,975-square-foot, two-room Regent Suite situated at the top front of the ship with its own spa and Vista Garden glass-enclosed observation area

Later in 2016, Seabourn Cruise Line’s newest Seabourn Encore will set sail with an inaugural itinerary scheduled for January 2017. The more intimate 600-guest luxury liner will be just 40,350-gross-tons in size and feature a second sister ship, the Seabourn Ovation, to be introduced in 2018. Both are based on the country-club style Odyssey-class vessels with one extra deck and expanded public areas this time around.

These new ships are beautiful and offer a class of amenities that are sure to please even the most discerning of cruise traveler.