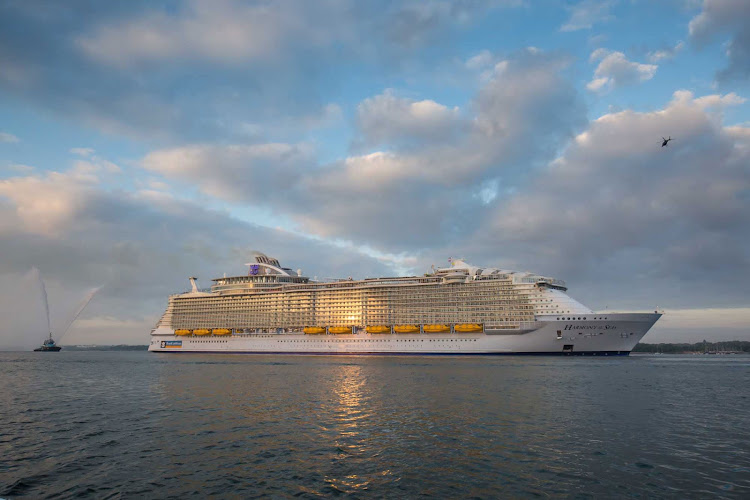 Harmony of the Seas at its debut in Southampton, England, in May 2016.

Why do cruise ships float?

Not everything that's heavy sinks right to the bottom of the ocean floor, and there's no greater proof than Royal Caribbean's Harmony of the Seas—which happens to be the biggest cruise ship on Earth.

The world's largest cruise ship boasts an ice-skating rink, a movie theater, 10-story dry slide, and weighs no less than 227,000 tons. And that's without any of its 6,780 passengers.

We know that giant ocean liners don't sink, even with their rock climbing walls and nightclubs. But have you ever wondered why?It's not magic or flying unicorns that keep the Harmony of the Seas plying the open waters. It's all about buoyancy: the power of a liquid to keep things afloat.

Colossal vessels stay above water by displacing an amount of water equal to their mass (the wide, U-shaped hull helps with this). As the ship moves forward and pushes water away, the water is ceaselessly trying to return to fill the space, with an energy that forces the ship upward.

I must admit, but I am love watching documentaries where the show how cruise ships are built and operated.  Many of these shows are on the Smithsonian channel.

I never really gave it much thought in the 25+ cruise I have been on how something so massive could stay afloat. Now I know.