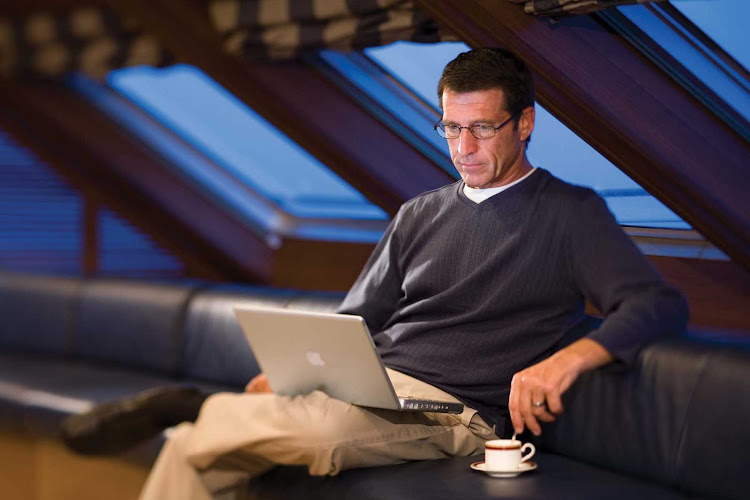 Nothing wrong with sending loved ones an email, or keeping abreast of the news, during your Silversea sailing.

From www.latimes.com via Scoop.it:

I had been looking forward to an upcoming cruise for weeks. But timing is everything, and mine wasn't good. I had a deadline looming as I boarded the ship. I knew I needed to get busy right away or I'd never make my deadline.

Then the on-board Internet crashed, and the prognosis wasn’t good. A shipboard tech in the computer room suggested I disembark and use land-based Internet. "We aren't scheduled to depart for hours," he said. "You probably can get a lot of work done."

As much as I hated leaving so quickly after I'd just arrived, I did so, made my deadline and re-boarded the ship.

I was disheartened. Would I spend the rest of the cruise worried about the Internet or being forced to live without it? Fortunately, no. The ship's connection soon returned, and there were no more problems.

When I started cruising many years ago, on of the attractions was that my employer could not contact me while I was on a cruise.  I worked in a 24X7 environment and the disconnect time was important to me.

Things change and disconnecting entirely is not a option for many (me included).  It is nice to see that the prices for connectivity are coming down.  I can only hope that at some point internet connectivity will be included in the cruise fare.  One less thing to think about.

Later this year I will be on a Royal Caribbean cruise to the Bahamas with my family.  My children were ecstatic that we would getting Voom Wi-Fi for the entire cruise.  We are Crown and Anchor members and get a nice discount.