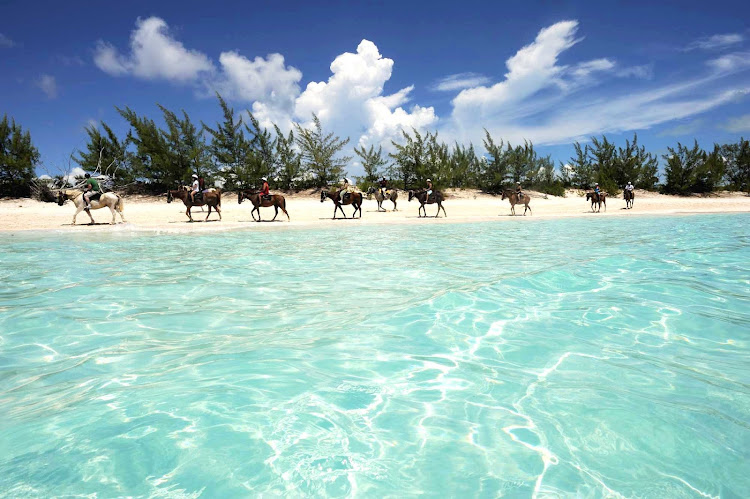 Horseback riding, hiking and nature walks are as popular as the beaches and snorkeling at Half Moon Cay, one of about 700 islands that make up the Bahamas.

Half Moon Cay a slice of heaven in the Bahamas

Holland America purchased the island in 1996 for a steal for only $6 million, and has since invested $15 million to create the private island paradise for passengers on the line’s Caribbean and Panama Canal sailings. Carnival ships sometimes visit as well, as Holland America is part of the Carnival Corp. The island wasn’t always called Half Moon Cay, for most of its existence the island was known as Little San Salvador Island.

I enjoy cruises that include a stop at a private Island.  I love going to the beach and doing a little snorkeling. I have been to many of them over the years.  The first being Royal Caribbean's Private island in Haiti called Labadee. It was soon after it opened and at that time there was very little there except some lounge chairs by the beach. Later this year I will be taking a Norwegian Cruise which will be making a stop at their newest Private Island off the coast of Belize called Harvest Caye.

Here's Cruiseable's look at 8 of the cruise lines' private islands.

Most of the mainstream cruise lines have or soon will have private islands in the Bahamas or the Caribbean.