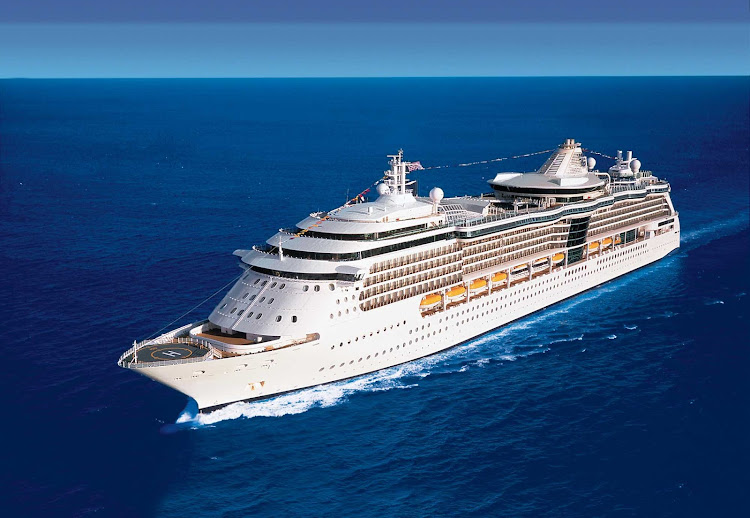 Serenade of the Seas sails the Caribbean. Itineraries include ports in St. Kitts, Martinique and Antigua.

On my last cruise, I met a couple who said they didn’t really want to sail with Royal Caribbean because the company’s ships were “too big.” And while Royal Caribbean certainly has some of the largest ships around, four of their smaller vessels are among my absolute favorites to cruise aboard.

Launched between 2001 and 2004, Royal Caribbean’s four Radiance-class cruise ships (Brilliance of the Seas, Jewel of the Seas, Radiance of the Seas and Serenade of the Seas), carry just over 2,000 guests apiece. At 90,090 GRT (gross register tonnage), they’re almost mid-size by modern cruise-ship standards, yet they’re still plenty big, with a length of 293 meters and 12 passenger decks, most of which, are adorned with wall-to-wall glass windows.

These ships are so roomy and uncrowded that, for the most part, you’ll wonder where everyone is. You’ll still find that same amazing sense of grandeur that Royal Caribbean is known for when you walk into the multi-story atrium that soars all the way up to the pool deck, but throughout the ship, public spaces take on a more clubby, intimate tone.

Royal Caribbean'sRadiance class ships are some of my favorites of their smaller ships. I have been on both the Jewel of the Seas (Western Caribbean)  and the Serenade of the Seas (Alaska).

I was always impressed on how even though these are medium sized ships by todays standards, they always felt roomy. I loved the glass elevators that looked out over the water and the grandeur of the central atrium.