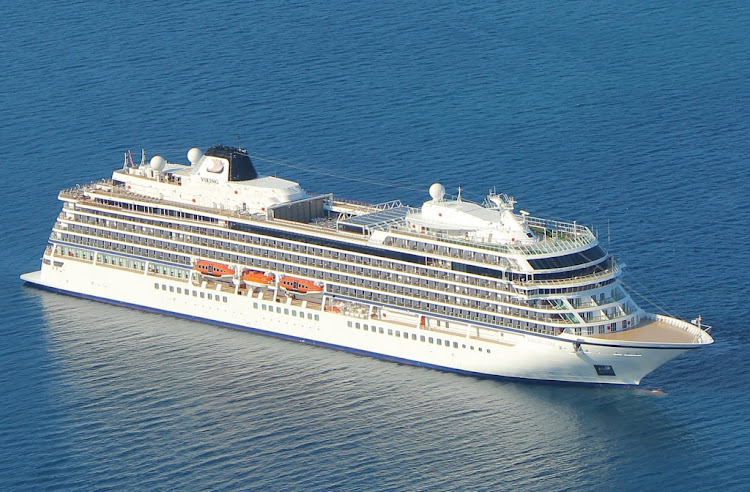 A ship in the Viking Ocean Cruises fleet.

Ship heading to England for naming ceremony and early sailings

Viking today announced it took delivery of Viking Venus, the company’s newest ocean ship. The delivery ceremony took place when the ship was presented at Fincantieri’s shipyard in Ancona, Italy. Viking Venus will now make her way to the United Kingdom, where she will be officially named on May 17, 2021, by her ceremonial godmother, Anne Diamond, the noted British journalist and broadcaster.

The ship will then begin an itinerary of spring and summer departures along England’s Scenic Shores.

“Many of us have stayed close to home for months, so this is an important milestone as we begin to get back out into the world again,” Torstein Hagen, chairman of Viking, said in a statement. “We look forward to ... welcoming our UK guests back on board next month.”

For more than a year, Anne Diamond has been a key figure on Viking’s award-winning enrichment channel, Viking.TV. Viking.TV went live in March 2020, in the early stages of the pandemic, and was conceived as a way to build community, stay connected and share positive experiences while people are staying home, rather than traveling.

Today’s news follows Viking’s recent announcement that it is restarting operations with a collection of new itineraries in England, Bermuda and Iceland beginning in May 2021. All of Viking’s new Welcome Back voyages are available exclusively for vaccinated guests, in accordance with local entry rules in many of the destinations that will welcome Viking ships—and as a complement to the Viking Health & Safety Program, which was designed to protect guests and crew even while the COVID-19 vaccine rollout is still moving forward.