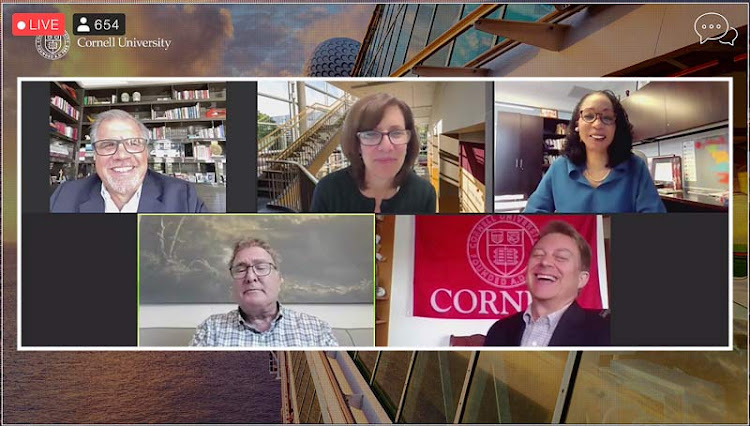 Participants in the eCornell webinar gave an upbeat assessment of the cruise industry's prospects.

Royal, Norwegian see resumption of cruises in near future

After a year in which the cruise lines were hemorraghing $1 billion per week with the shutdown of cruise operations, the top executives of Royal Caribbean and Norwegian Cruise Line predicted on Wednesday a resumption of sailings from U.S. ports in the near future.

“We are hopeful that we can resume cruising over the summer," said Frank Del Rio, CEO of Norwegian Cruise Line Holdings, during an hourlong webinar organized by eCornell, Cornell University's online learning platform. Consumer demand is through the roof, he said, with bookings for 2022 departures that are “substantially better" than during the same time periods in 2018 and 2019, which set records.

The joint webinar appearance turned out to be a mostly upbeat affair, even as the cruise sector grows increasingly impatient (deservedly so, in our view) with the Centers for Disease Control and Prevention slow-walking its new guidelines for the cruise sector, seemingly applying a different standard than it applied to air travel and hotel vacations.

Richard D. Fain, CEO of Royal Caribbean Cruises, and Del Rio both pointed to their cruise lines' decision to appoint a Healthy Sail Panel last summer as the first step toward the safe reopening of the cruise industry. The panel, made up of health experts and former government officials, issued a set of 74 recommendations that the cruise lines have been busy implementing.

“While we can't eliminate risk, we wanted to make sure that the risk on a cruise ship was lower than the risk of walking down Main Street USA," Fain said.

Norwegian Royal Caribbean are requiring that cruise passengers as well as crew receive COVID-19 vaccinations before boarding, while Carnival has yet to make a public pronouncement. CEO Frank Del Rio: Norwegian's goal is “to provide the safest place on earth" to take a vacation.

Asked by dean Kate Walsh why Norwegian arrived at that position, Del Rio said, "Society is going toward vaccination. We're all racing vaccinated. These 74 protocols are good, solid protocols, but there's no substitute for vaccinated people. It is the best line of defense.

“And so, for both competitive reasons and to stimulate the CDC’s reluctance to get us back into service, we put forward a proposal to the CDC back on April 5 that said, ‘Look, you're showing all these guidelines, they're difficult for us to implement. Many of them are impractical. Many of them don't make sense. You're trying to prevent [mandating vaccinations for passengers].’ So we said we'll commit to everyone on board being fully vaccinated — crew and passengers — which meant children under the age of 16 or 18, depending on which vaccine you're talking about, couldn't come on vessels. That's a blow, because at the Norwegian brand, roughly 20% of annual customers are families, people with children. But I was willing to forgo that 20% ... in order to protect the 80%," Del Rio said.

Norwegian's goal is “to provide the safest place on earth" to take a vacation, he added. As a result of the safeguards being put into place, “a cruise ship becomes the safest place on earth. You can't point to a factory, an office building, a grocery store, any place where you're guaranteed that everyone around you is fully vaccinated. And so we think it's an ironclad proposal to the CDC. I feel we're moving in the right direction. And hopefully we'll get some good news."

While neither Del Rio nor Fain put a time frame on it, it's likely that the CDC will act soon to lift its prohibition on sailings out of U.S. ports, due to the continued economic impact that the shutdown is imposing not just on the sector but on related businesses.

Royal Caribbean has been operating ships out of Singapore and Israel for several months now, safely carrying 125,000 passengers with 21 total cases of COVID infections and no widespread breakouts, despite guests who didn't have access to the vaccine in those markets. 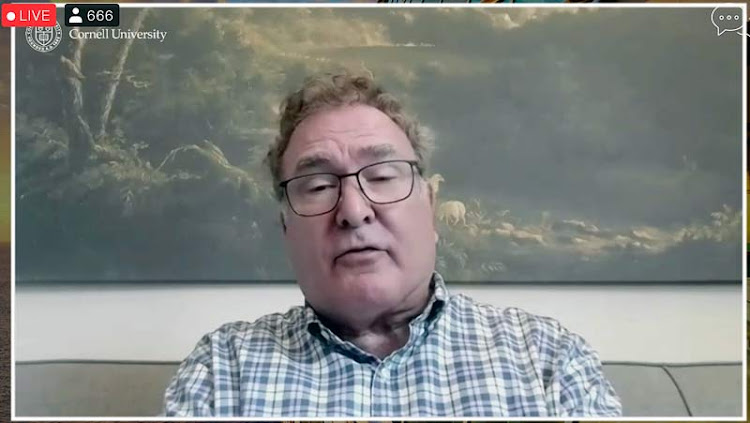 Royal Caribbean CEO Richard Fain: “We control who everyone is who comes on board.”

“The thing that makes the cruise ship different is, yes, there are a lot of people together so that is an issue that you have to deal with," Fain said. “But the other side of it is that we control who everyone is who comes on board. ... Testing is amazingly effective. Now we can test everybody, so we can create that barrier at the beginning to vastly reduce the chance that someone gets on the ship [with the virus]."

Should someone test positive, he added, the smart wristband that guests now wear on board will record their movements. “We don't have to guess as to who you've potentially infected,“ Fain said. “We can go to them and we can test them right away. So the result is we can contain it."

By the end of June, Fain said, Royal will have 11 new itineraries in Greece, Italy, the United Kingdom, Barbados, the Bahamas and Bermuda — with more coming. “By the end of June, we'll be taking guests on at a rate of 500,000 a month,“ he said.

Del Rio noted that Norwegian will begin new itineraries out of Jamaica and the Dominican Republic in addition to six vessels that plan to operate in Europe starting in late August. “One of the risks to the US economy is that if we find by happenstance or necessity that we can operate profitably or perhaps even more profitably out of the DR and/or Jamaica than we did out of US ports, we're gonna keep our ships there," Del Rio said. "So there is real, real economic risk if this continues much longer."

At Cruiseable, we can't wait for cruising to resume. Guests have signaled a strong desire to return to the seas, as they've demonstrated by their pocketbook, and the cruise lines have made that possible with their rigorous execution of safety protocols. It's only a matter of weeks now before cruising resumes, one way or another.