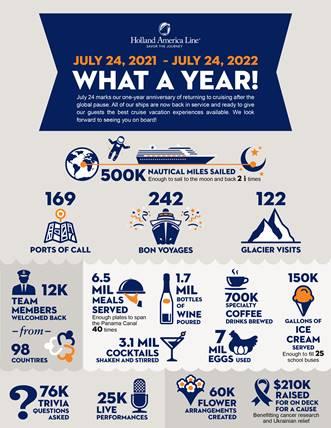 What a difference a year makes for the venerable cruise line

It’s been a year since Holland America rebooted its cruise schedule with sailings on Nieuw Amsterdam back on July 24, 2021.

Surveying the state of cruising today, Gus Antorcha, president of Holland America Line, said, “The emotions and excitement from a year ago still resonate today as destinations around the world open and we persist in fully getting back to cruising. We are grateful to our guests who returned to sail with us, to our team members who came back to sea, to the ports that welcomed us, to our partners who stood by us and to all of our shoreside employees who got us back in the water.”

Over the past year HAL has operated more than 240 cruises, with hundreds more sailings on the horizon. 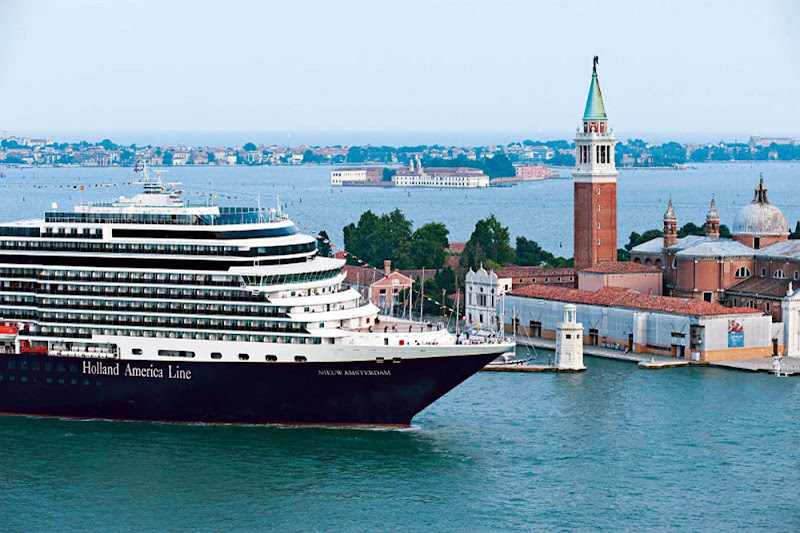 Since last July, 10 remaining HAL ships resumed operations in a variety of destinations. In addition to Alaska, its ships are sailing travel to Canada/New England, the Caribbean, Hawaii, Mediterranean, Mexico, Northern Europe, Pacific Coast, Panama Canal and South Pacific. And by year’s end,  the ships will return to Australia/New Zealand and South America/Antarctica.

The line will also offer a trio of  grand voyages: a 71-day odyssey in Africa in October 2022, a 128-day Grand World and 74-day Grand South America and Antarctica voyages in January 2023. Asia itineraries are due to resume in February 2023.

If you're into stats, facts and figures, below are few from HAL’s return to the seas.

All in all, those numbers add up to a slow and steady return to cruising for the grand Netherlands-based line, which turns 150 next year.