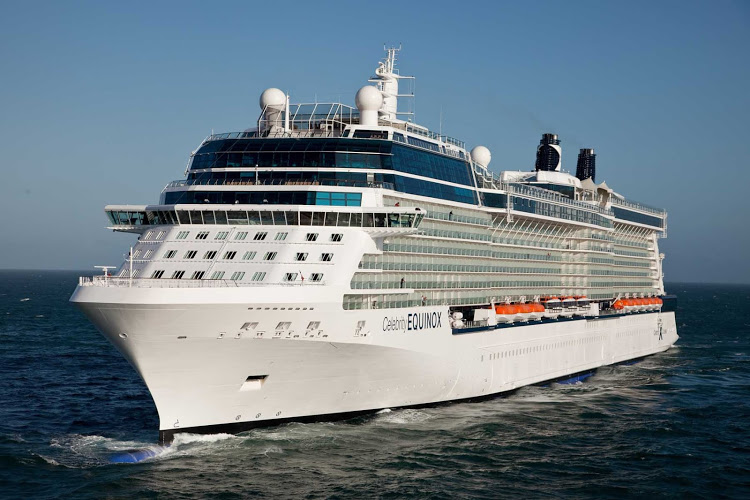 Celebrity Equinox is one of five Solstice-class cruise ships operated by Celebrity Cruises.

Celebrity pulls Equinox out of Europe in 2017

At first I figured it was because of the unrest throughout southern Europe, but there’s no indication of  that as the reason Celebrity Cruises announced it’s pulling the 2,850-passengers out of European waters and heading to the Caribbean to join that competitive year-round market. The ship will sail on various itineraries from Miami and do seven-night cruises in June, July and August with Eastern and Western Caribbean itineraries offered.

The Equinox was scheduled to be part of a five-ship European deployment for the cruise line next summer. So far though the line is keeping he Celebrity Reflection, Celebrity Constellation, Celebrity Eclipse and Celebrity Silhouette there..

"Our guests, first-time cruisers and our travel partners have been asking me for many years to offer year-round Caribbean cruises. They wished we offered these itineraries,” said Lisa Lutoff-Perlo, president and CEO, Celebrity Cruises. "Modern luxury, affluent vacationers have been looking for summer cruises in the Caribbean and we felt this was a significant opportunity in our offering. So our new year-long sailings are perfect for discerning families and couples who want a summer getaway to sought-after tropical islands, with the best culinary experiences in the region and enriching activities for children and adults – all of which can only be offered by Celebrity. We are also adding new itineraries and sailings to create the most unforgettable vacations in the Caribbean; this is another example of what makes Celebrity so distinct and unique.”