Reykjavik, where two-thirds of Icelanders reside, is the stylish capital of Iceland and the northernmost capital city in the world. It's the center of Iceland's economic, cultural and governmental activity, filled with public art and offering a thriving dining, music and nightlife scene. 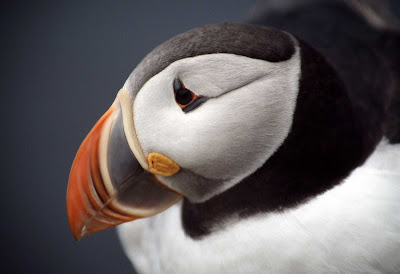 Colin Aantill / Courtesy of Iceland TourismClose-up of a puffin in Iceland.

Just beyond the city's borders, nature — raw and powerful — dominates. Dive past neat farms and idyllic pastures and you'll come upon volcanos, sprawling glaciers, geysers and more waterfalls than seem possible for one tiny country. It's this juxtaposition of urban sophistication and explosive nature mere moments away that makes Reykjavik such a compelling destination.

Nature within the city may be most evident in the seasons of light and dark. Because of its close proximity to the Arctic Circle, the city receives just four hours of sunlight on the shortest days of winter while long summer nights are nearly as bright as day. And then there are the multitude of geothermal springs, which not only create a highly affordable central-heating system but also pools and spas where tourists and residents gather to relax. The most famous of these is the Blue Lagoon.

It may surprise some visitors to find that Reykjavik is very fashion-forward, as I learned during my trip here in September 2014. Residents dress well and there's a highly respected design industry centered here. City tours also highlight Reykjavik's colorful if often brutal Viking history, along with architecture, art and an excellent culinary scene. This island nation has its own highly prized horse, too; equestrians will want to book a tour to ride the famous Icelandic Horse.

Cruise ships that call on Reykjavik 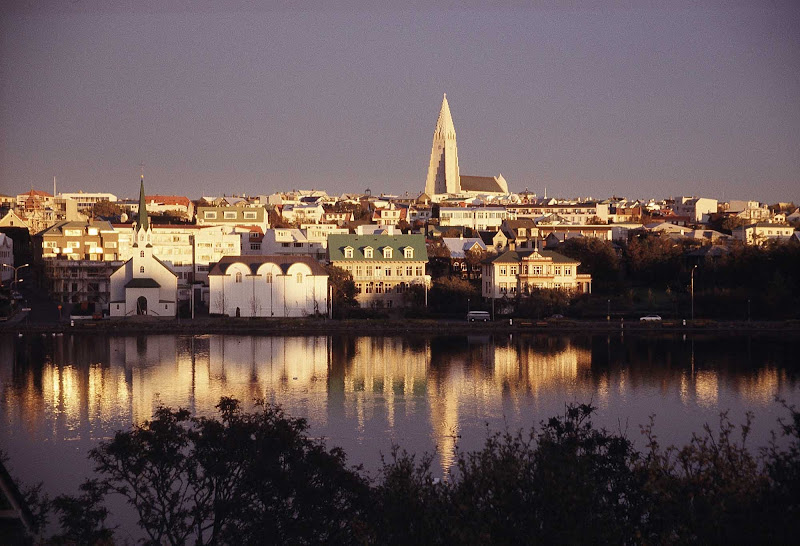 Top things to do & see in Reykjavik

There's no question that Reykjavik's top attraction is the Blue Lagoon, located about 50 minutes from downtown and surrounded by a stark volcanic landscape. How a pool created by a geothermal power plant turned into a spa destination may be one of the public relations marvels of our time. Whatever its origins, the lagoon is a must. You can float, sip cocktails , treat your face with a hydrating mask and otherwise completely and utterly relax in the blissfully warm water. Unless you brought a robe with you, spend the extra dollars to use one while there.

Modern Reykjavik is a center for art, fashion, design and music. There are many museums and galleries, and public art is on display across the city. The most notable sculpture may be the evocative Sun Voyager, set along the coastal path downtown. Also downtown is Volcano House, near the Old Harbour, where visitors get insight into Iceland's volatile geology and history of volcanic eruptions; films on two eruptions are shown in English. Reykjavik Art Museum has an extensive collection and three locations, the main one near the Old Harbour at Harbour House. It's well worth visiting and combines nicely with Volcano House.

Iceland is known for whale watching and puffin tours. Tours may leave from the cruise terminal area or Old Harbour. While some whales are common in the waters year-round, tours to see puffins go out in the summer months when the puffins are roosting on off-shore islands. To experience the power of nature that defines Iceland, there's the Golden Circle Tour, which typically takes in spewing geysers, waterfalls and magnificent Thingvellir National Park, where the Eurasian and North American tectonic plates meet — almost. In fact, they're slowly moving apart and the fissure between them runs from deep beneath the sea onto land in this park. Every Golden Circle Tour stop is camera-worthy and then some.

If you happen to be cruising in the fall, there are tours that take passengers in search of the mesmerizing Northern Lights, viewable in the far northern skies from mid-September through winter.

The main shopping street in the city is Laugavegur. Shops run the gamut from kitschy souvenir places to very high-end designer boutiques. Reykjavik is an expensive city and you won't find much in the way of bargains. What you will find are one-of-a-kind art pieces, upscale jewelry designs, stylish to avant-garde fashions and accessories and lots and lots of woolen items, especially sweaters. Down by Old Harbour, the Fishpacking District entices shoppers with boutiques and a craft cooperative. Stores selling interesting home decor and kitchen items are located in both areas.

In a city where winter brings 20 hours of darkness, residents are bound to need a way to add a little color to life. Music and a generally celebratory evening spirit is just what you find in the many bars and lounges in Reykjavik. Make no mistake: nights get rowdy when the beer and cocktails start flowing. Still, you can get in the spirit and find a place that works for you, especially if you start a little earlier than the club crowd, which doesn't really get going until after 10 pm. With luck, you'll hear good local music and meet some new friends--just don't lose track of time and miss your ship. 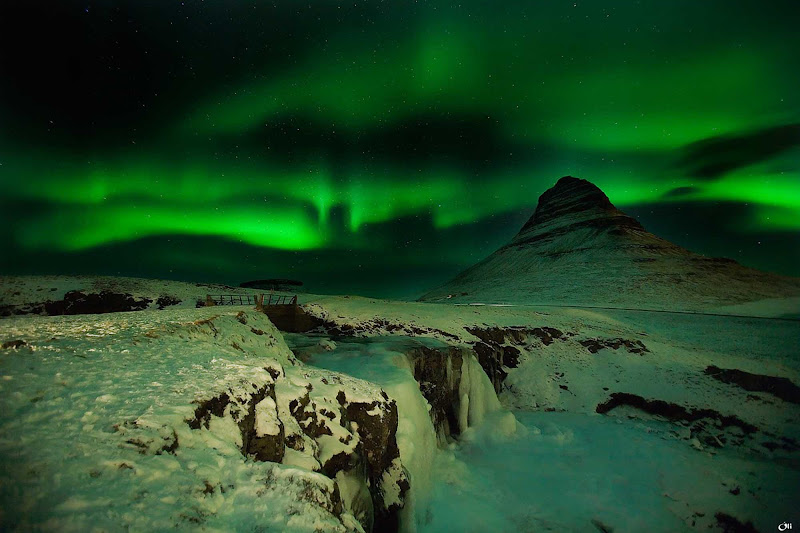 Viking World, just outside Reykjavik and near the Blue Lagoon, is a popular destination for visiting families. Its centerpiece is a replica Viking ship, but there are plenty of other exhibits, too, and signage throughout the museum is in four languages, including English.

Ride an Icelandic horse. You don't have to be an experienced equestrian to join one of the available trail rides, but  you'll have more fun if you aren't afraid to go faster than a walk.

Be sure to see at least one aspect of Iceland's natural features — a waterfall, a geyser, a glacier, a volcano. All are within easy reach and most are included in tours out of Reykjavik. Solheimajokull glacier is south of the city and easily accessible on a day tour. Once you're outfitted with crampons, a safety harness and other gear, guides will take you onto the glacier for a walk. Gulfoss, one of the country's mega waterfalls, is usually visited on a Golden Circle Tour, as is the Geysir geothermal area where the star is Strokkur, a geyser that sends a tower of water up 100 feet in the air many times each hour.

Reykjavik's restaurant scene offers a wide range of options, from seafood to cuisine with Nordic influences to international dishes. Be aware that puffin and whale appear on the menus of some of the city's best restaurants. As for the ubiquitous rotten shark, which every tourist hears about, do yourself a favor and don't try it. Iceland has excellent food; rotten shark is not among it. Some of the upscale eateries worth trying include:

Reykjavik is categorized as having a subpolar oceanic climate. Despite its location in the extreme north Atlantic region, the city is warmer than most with the same latitude.  Average winter temperatures usually won’t fall below 14° F (-10° C) due to the warm waters of the Gulf Stream, which moderates coastal weather. Summers have cool temperatures, averaging 50°-59° F (10°-15° C), and sometimes even exceeding 68° F (20° C).

Most cruise ships visit in late spring, summer and early fall, giving passengers a chance to experience three of Iceland's highlights: the long summer days and midnight sun (the summer solstice is the longest day), whale watching and puffin tours. The latest cruises of the season might catch the Northern Lights, which start around mid-September. 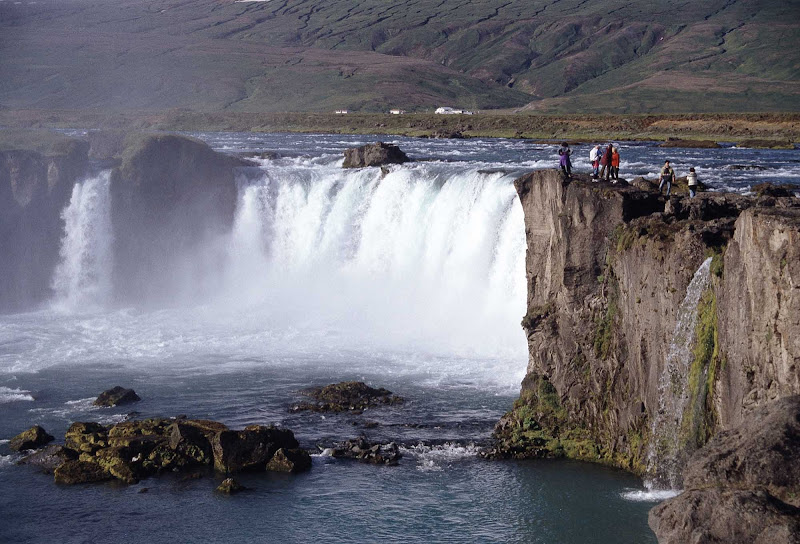 Colin Aantill / Courtesy of Iceland TourismGoðafoss (Anglicized as Godafoss) waterfall in Iceland. Cruise passengers should try to arrange a pre- or post-stay to take in the natural beauty found throughout Iceland.

Ships typically dock at modern Skarfabakki Harbor, a couple of miles from city center. The cruise terminal has Internet and phone access, an ATM and car rentals, and tours can be booked there as well. A few small ships dock in the Old Harbour right in town; there's no terminal there but passengers can walk to nice shops, restaurants and a few attractions.

Purchasing a Reykjavik Tourist Card, which allows access to the buses, museums and free Internet, is a good idea. Once you're in town, it's easy to walk to many of the city's attractions, shopping and restaurants. If you do rent a car, Reykjavik is an easy city to navigate. Some tours leave right from the cruise terminal, including those for the Blue Lagoon, making transportation a nonissue.

Documents: U.S. and Canadian citizens need a valid passport but no visa is required.

Language: Icelandic, which is very close to Old Norse and thus almost impossible to pronounce or understand. Fortunately, nearly everyone speaks English.

Currency: Icelandic Krona (ISK). Some shops, especially in tourist areas, accept U.S. dollars. Passengers should be aware that some credit card machines can process only cards with an embedded chip, which are common in Europe but less so in the United States. Check your cards before leaving home to avoid surprises. Tourists are entitled to a VAT (Value Added Tax) refund on purchases. There are specific requirements so ask where you shop; refund services are available at the cruise terminal.

Safety: Let's put it this way. Iceland has been named one of the safest countries in the world, and Lonely Planet says flatly: “If you find a safer city, let us know!”

How about you? Have you been to Reykjavik? What was it like? Highlights?

“One of the highlights of our trip was spending a few hours at the Blue Lagoon spa, 45 minutes south of Reykjavik, which features a large pool filled with thermal waters that are about 100 degrees Fahrenheit. It is one of the most popular destinations in Iceland, so book your visit well in advance. We highly recommend a half-hour massage that you enjoy while floating on your back on a thin foam mattress — heavenly!"

“I stumbled on an artist co-op in Reykjavik, Iceland, and bought a beautifully handcrafted vase straight from the artist, Bjarni Sigurdsson. He creates texture in his designs by using volcanic rock from the 2010 eruption.”