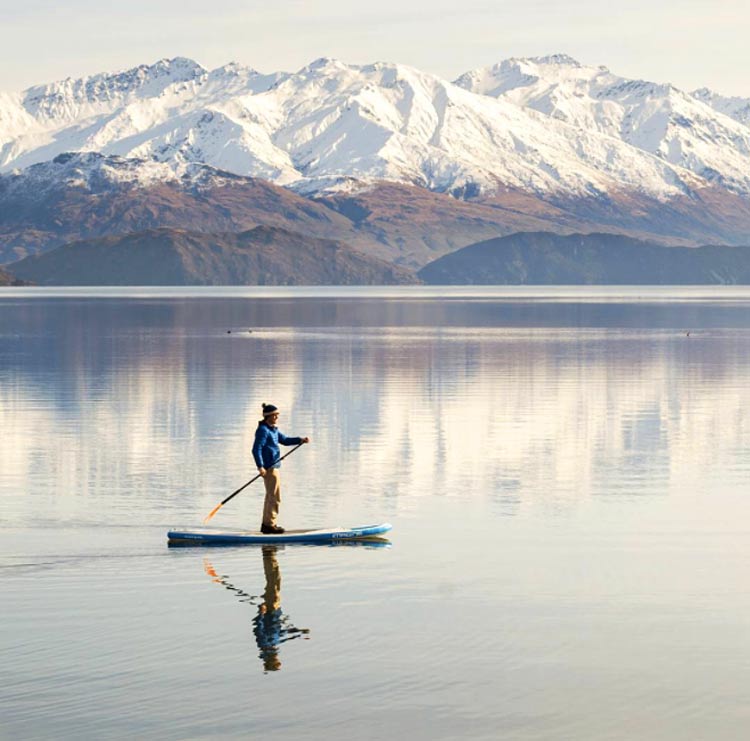 Much like travel shows where worldly hosts flaunt far-flung destinations, often with a hint of exoticism, there are many Instagram accounts out there that inspire a twinge of jealousy in us. After all, these Instagrammers are living the good life, experiencing new cultures, feasting on different cuisines and exploring the destinations of our dreams. And they have the photos to prove it!

But they also stir our inner wanderlust and make us a bit restive. Follow these 10 Instagrammers / travel fiends from all over the world and let them motivate you to travel more this 2017.

It’s easy to love this Sydney-based travel, food and fashion blogger’s Instagram account, what with her bright, colorful and well-captured photos. But she also has a knack for showcasing her travels in the most captivating ways. And with destinations like Kathmandu, India, Finland, Lisbon, Venice, Dubai and Hawaii in 2016 alone, you’ll start to wonder what the heck you’re doing wrong in your life.

This entrepreneur and photographer from Istanbul not only has a great eye for travel photography but is also taking Europe by storm. We adore his photos of his home country. Turkey, after all, is simply photogenic. But we especially love gazing at his captures of small European towns and landmarks — including Porto Venere, Mykonos, Provence, London, Capri and Positano — as we ponder our modest bank accounts.

This is the reason why I capture animal selfies. 📸🐶🦄🐻🐿🐫🐧🐥To promote happiness and inspire you to reconnect with wildlife. We've all seen photos of animals alone, they're great. But it's when you include a person's smiling face beside them that you can sense a connection. Go explore nature! #DaxonsAnimalSelfies

If you’re an animal lover, you’ll fall in love with this New Zealand-based Instagrammer’s feed. The Scotsman not only posts epic photos of his adventures in the great outdoors but also has the cutest and sometimes hilarious selfies with animals. He’s even gone viral, because of those selfies. It’s genius really. And as we all know, meeting the local residents IS an integral part of traveling.

Morning cruise to the Taj Mahal 🕌 @nrmainsurance had my back for this trip & have teamed up with us to give you the chance to win a dream trip of your own, head to www.gonrma.com.au #GoNRMA

This permanently traveling Aussie has the best aesthetic in her Instagram, blending vibrant colors with earthy tones. What we really look forward to on her page, however, are photos of the spectacular resorts she stays in: the rainforest retreat of Keemala in Phuket, for example. A private “tree house” pool set in the jungle, anyone? But she’s been all over the world too, visiting the Taj Mahal, sunning in Bali and shopping in Morocco.

If the wilderness is your thing, then you must follow this landscape and wedding photographer from Seattle. His Instagram account will take you to majestic landscapes and beautiful lakes from Arizona to Canada to as far as Iceland and Israel, thanks to his dramatic captures of such landscapes. Yosemite, Banff and the monoliths of Southern Utah are his favorite subjects. If his account doesn’t inspire you to commune with nature, we don’t know what will.

Alex On The Road

The UK-based Frenchman mostly chronicles the everyday scenes in good ol’ London, which to many of us is enough reason to follow his Instagram feed. Hiding among them are shots of Paris, Mont Saint-Michel and cities throughout the United Kingdom. However, there’s something incredibly appealing about photos of London’s charming mews, small shops, red buses, flower-trimmed windows and grand architecture. His is definitely the account to follow if you’re headed to London.

Suffering from a bad case of California crush? There’s no doubt that Southern Californian Eric Rubens’ Instagram feed will make it worse. The professional photographer has a flair for turning SoCal’s breathtaking beaches and sunsets into even dreamier seascapes. Every now and then, he also shares excellent drone shots. If those aren’t enough, he also adds photos of less touristy places into the mix — the Cook Islands, for example.

My best photos of 2016 according to YOU. Thanks so much for liking my photos and following me - it means a lot! Here's to even more adventures in 2017 - I'll be heading to a few less visited places around the world, so hope you'll stick around for the ride 😊 Where are you heading in 2017? I want to know!

@anna.everywhere | Polish national based in Colorado & traveling in Oman | 220,000 followers

The Polish travel blogger and solo traveler left home about 10 years ago and has since visited a total of 77 countries all over the world. And she doesn’t just go to obvious destinations. She’s been to the less traveled ones as well. She’s been to Peru’s Rainbow Mountain, Las Coloradas in Mexico, Mostar in Bosnia and Herzegovina, Predjama Castle in Slovenia and Viñales Valley in Cuba, to name a few.

The Aussie travel photographer and blogger always looks like she’s having the time of her life in her Instagram feed, which — coupled with her infectious smile — is enough to make you want to explore the world with her. But she’s also really good at capturing the best light so her photos are very addicting to browse through. Her travels last year took her to Ireland, Switzerland, Budapest, India and Copenhagen.

10Travel photographers and writers Hannah and Adam are pretty well versed in navigating Asia, as they’ve been to Indonesia, Thailand, Vietnam, India, Sri Lanka, Jordan, Myanmar and Hong Kong. So if you’re seeking tips on traveling in the sprawling continent, they’re a great resource. Last year, they also explored Cuba, the Maldives, Mozambique, Mexico, the Caribbean, and the Southwestern United States.