Phuket is among Thailand's most popular tourist areas and one of the premier travel destinations in Southeast Asia. A crossroads for trade, Phuket (pronounced Poo-ket) has been a melting pot of Thai, Malay, Chinese and Western influences. Travelers, drawn to the island's beaches, crystalline waters and dramatic, forested hills, have turned Phuket into a vacation haven where beach, sea, sun and a fair amount of hedonistic revelry are the draws.

Just a generation ago, Phuket was largely undiscovered by the outside world. Adventurous tourists would head down from Bangkok to find pristine beaches and picture-perfect panoramic views. Word spread quickly and entrepreneurs started gobbling up real estate and building resorts. There are thousands of hotel rooms in Phuket now, and November through April every hotel is likely to be packed.

The island seems larger than it is, mainly because the terrain varies between the smooth shores and rugged, hilly inland. Although it covers less than 400 square miles, Phuket packs a powerful punch. There is plenty to enjoy and discover on a visit to this popular seaside playground on the Andaman Sea on the southwest coast of Thailand.

Cruise ships that call on Phuket

Top things to do & see in Phuket

Phuket is a full-service tourist destination with resorts, exquisite beaches, excellent dining and a slew of internationally known golf courses. Tourism Authority of Thailand has a Tourist Information Center in town, a good place to get started.

Because most cruise passengers are here for only a short time, a good option is to book a general Phuket tour that covers many of the area's sights. There are also focused tours to consider. Siam Safari offers a half-day eco-tour, for example, which whisks visitors away from the busy beaches to see some of Phuket's serene natural scenery. World Travel Service also offers a variety of tours, including one to the Phi Phi Islands for a day of swimming and cave exploration. These islands have become even more popular since supplying the evocative setting for the 2000 movie "The Beach" starring Leonardo DiCaprio, meaning it's best to visit in early morning or later in the day to avoid crowds.

Phuket Town is the only major city on the island, but it's not where you'll want to spend much of your day. That said, it's a good place to pick up souvenirs, especially around Rasda Road. You can also visit the local market on Ranong Road, perhaps the only place on tourist-friendly Phuket that offers a bit of authentic Thailand.

After visiting the market, head to Khao Rang, a mountain northwest of town, for panoramic views across the island. This is also a great spot for a sunset stroll.

North of town, the Thailand National Museum chronicles Phuket's history, including a display featuring the heroines of Phuket. In the late 1700s, two women led the defense of Phuket against Burma, and their exploits gave them mythical status in town. Continuing north, there's gorgeous Khan Phra Thaeo National Park where you can take a nature hike; stop at Nam Tok Ton Sai Waterfall for a perfect photo op. 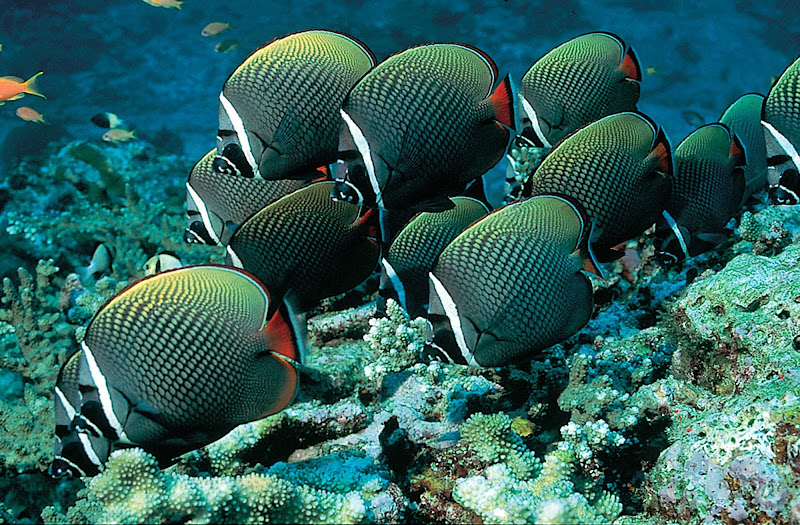 The truth is, no one would blame you if you never left the beach in Phuket. Although the island is not lacking for visitors in high season, there are enough splendid beaches to accommodate everyone.

At the northern tip of Phuket, beach lovers can share the sands of Nai Yang and Mai Khao with sea turtles

The west side of the island offers some of the nicest strands in spite of the ever-expanding collection of hotels and resorts. Starting from the south along the west coast, Kata Beach beckons with its sparkling white sand and tranquil waters. Continuing up the coast, there's Karon Beach. North of Patong is a cluster of three beach areas, Kamala, Surin and Pansea, which offer soft sand and super sunsets. Bang Thao Beach has become a tourist haven, with five hotels in the area all under the same management. Directly west of Khan Phra Thaeo National Park is Nai Thon Beach. Finally, at the northern tip of Phuket, beach lovers can share the sands of Nai Yang and Mai Khao with sea turtles.

The beaches have plenty of appeal, but it's the stunningly clear and exotic Andaman Sea that brings divers from around the world. The waters off Phuket offer some of the best snorkeling and diving in Southeast Asia, and Phuket has dive operators galore to get you to the best spots, Sea Fun Divers and Sunrise Divers among them.

Shopping in Phuket centers mainly around tourist trinkets and souvenirs, which are available almost everywhere. A high concentration of stores can be found in Phuket Town. One of the best places to shop is the market on Ranong Road, where local merchants offer an eclectic collection of goods for sale. Antique hunters should browse The Loft Antiques on Talang Road, well known for exquisite jewelry, among other goods. DD Jewel Design is a place for upscale custom and modern jewelry collections. For more casual shopping, stalls on some of the beaches are piled with brightly colored batik clothing, perfect for wearing on land or on your ship during the cruise.

For lunch or dinner, Phuket's dining scene centers around the sea. In Bang Thao Beach, five hotels have partnered up, and the choice of restaurants in the hotels is excellent. Banyan Tree Phuket serves up delectable Thai dishes, as does Ruen Thai in the Dusit Laguna Hotel. The Courtyard Café in Allamanda Laguna Phuket Hotel is a nice place to enjoy an elegant dinner. Kamala Beach Estate is another option.

In Karon Beach, Marina Phuket Resort is the backdrop for popular On the Rock, which sits just out of reach of the surf and serves up delicious seafood and Thai dishes with its spectacular views.

Patong Beach area is the place to be after hours. There are bars on every corner and nightclubs down every alley. You can have as much fun as you want here, and the night doesn't end until the sun comes up.

Phuket is hot most of the year. November through February is the peak tourist season, which is to say it's the coolest, driest season but also the most crowded (and expensive). March to May is a good time to go as well, before the rains start.
Most visitors avoid monsoon season, when most resorts are closed. On average, 11 inches of rain fall per month between May and October. September and October tend to be the wettest. The Andaman Sea is typically calm during peak season — good for sailing, snorkeling and diving — and likely to be rougher between March and October. 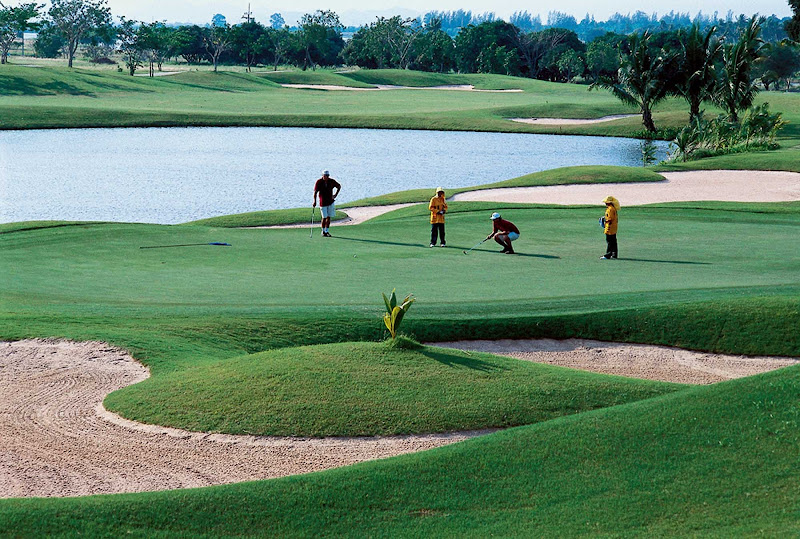 Courtesy of Tourism Authority of ThailandThailand and Phuket are renowned for their scenic golf courses.

Cruise ships dock at the Port of Phuket. Transportation is available from the port to the rest of the island and beaches.

If you're not taking an organized tour, your best bet is to use taxis to get around Phuket. A row of them is usually waiting outside the major hotels. Be warned, however, that you will be gouged on the price unless you fix it before you get into the cab. If your cab driver doesn't speak English, use your fingers to communicate how much you want to pay.

Language: Thai, but many people in the resort areas speak English

Tipping: Although tipping is not necessarily customary in Thailand, it's a positive for service people who are often paid very low wages. To ensure that your tip gets into the right hands, tip in cash and directly to your service provider rather than adding the tip to credit card slips.

Safety: Thailand is relatively safe for tourists, though petty crime such as pickpocketing is not uncommon in tourist areas. Credit-card fraud has increased in recent years so use credit cards only in reputable businesses. Most police in tourist areas speak English, and the police presence in Phuket has increased to ensure visitors' safety. Political violence has been a problem in some areas of Thailand recently, so check with the U.S. Department of State before your visit for specific warnings.

Have you been to Phuket? Please share a story, tip or discovery. Do you have any recent photos? What was the highlight for you?

“At Trisara Luxury Resort on Phuket, the centerpiece of the breakfast buffet is a massive piece of honeycomb mounted on a gorgeous slate and wood plinth; the honey drips into ceramic bowls. It's just one of the beautifully choreographed elements on Trisara's menu, which includes a large selection of raw food sourced from local organic farms.”

“You must rent a boat — the water is like liquid jade — and go over to breathaking James Bond Island. I never leave Phuket without seeing a performance at Phuket Simon Cabaret, an over-the-top drag show.”