Lisbon, the capital of Portugal, was the crown jewel of the Portuguese maritime trading empire in its heyday; it was built by traders who roamed the world and their global view is reflected in Lisbon today. It has the great palaces and churches you’d expect of any European capital, many in the Portuguese Manueline style (you’ll see this in the Belem district) as well as the elegant 18th-century Pombalene style that you’ll find downtown.

But it’s full of whimsy as well — imaginative cobblestone patterns in its street, centuries-old tiled facades in the older quarters and art nouveau shops and cafes. 1900s-era trams still trundle along its streets and you can take funiculars up its steep hills. Lisbon mixes the tradition of Portugal's maritime past with the diverse cultural aesthetics of Europe.

Cruise ships that call on Lisbon 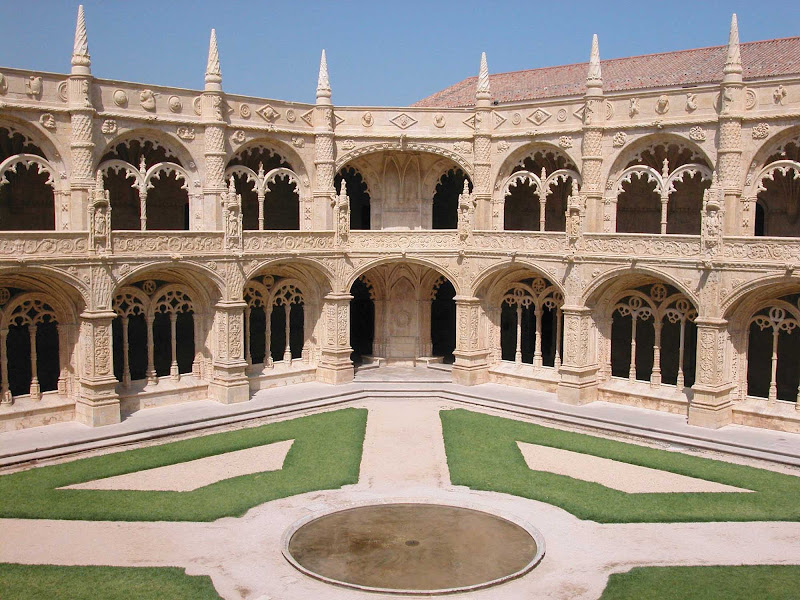 Courtesy of Norwegian Cruise LineCloister of the monastery dos Hieronymos in Lisbon.

What to do & see in Lisbon

The Belém Tower was constructed in the early 1500s to serve as a lookout point to the seas and as a gateway to the city of Lisbon. Next door is Jeronimo's Monastery, the last home to explorer Vasco da Gama, that was built in the 1500s in the late Gothic style as a church. Today it is part of a sumptuous monastery with remarkable cloisters. Both these architectural wonders of Lisbon are UNESCO World Heritage Sites and are grouped together for a low ticket price.

The museums of this capital city are vast, particularly if you are looking for classic art. If you want to admire the masterpieces of Rubens, Monet or Rembrandt, visit the Calouste Gulbenkian Museum. Also be sure to look at the architecture as well as the art, as the building is just as lovely as what resides in it. Modern art by Warhol, Dali and Picasso can be seen (for free) in the Berardo Museum. If fashion is your passion, though, the MuDe Fashion and Design Museum holds one of the world’s leading design collections.

One of the world's largest Oceanariums, this place is like a deep-sea diving excursion without the effort. The Oceanarium of Lisbom features thousands of underwater species, all originating from the surrounding Atlantic Ocean. Sea otters, penguins and sharks are featured outside of the main tank, which includes barracudas, sunfish, snappers and more.

Due to its Mediterranean siesta clock, Lisbon has a particularly active nightlife that goes far into the evening and permeates the local restaurants and bars. Whether you're looking to dance the night away, grab a drink at a deluxe bar or simply listen to live music with your meal, there is something for everyone (assuming you don't have to be back on your cruise ship). Bairro Alto is great for people watching and variety of bars, which is popular among the locals before going to the nightclubs. 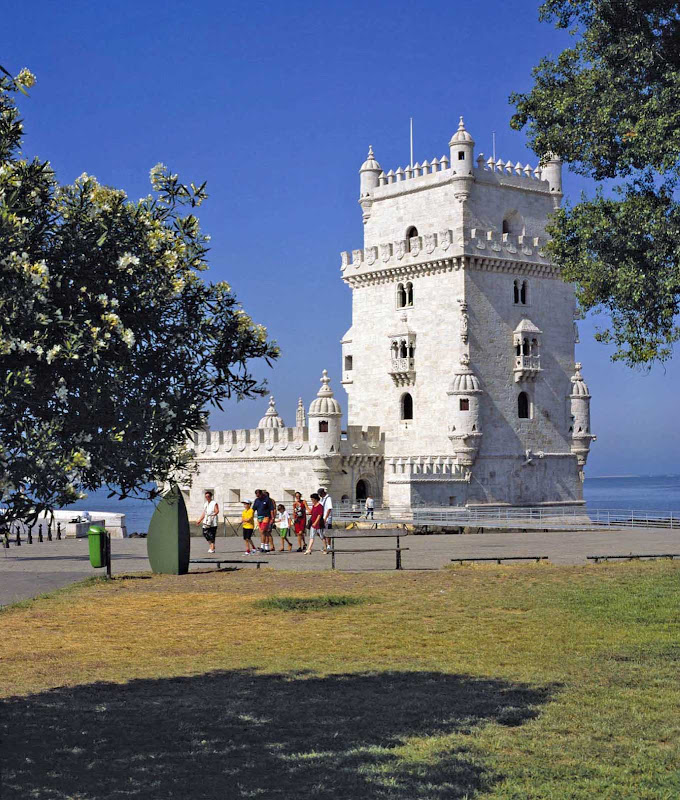 Courtesy of Norwegian Cruise LineTorre de Belém on the banks of the river Tagus in Lisbon.

The locals follow the Mediterranean siesta, so restaurants tend to close in the afternoons and open later at night. Since Lisbon is a port town, there are a variety of cuisines to partake of, but make sure to try some of the local specialties, such as the pastéis de nata, a pastry made at any pastelaria, or pastry shop. The Portuguese take dining seriously; you can find restaurants serving Portuguese classics — fish and shellfish — alongside as the foods from the former Portuguese colonies of Brazil and Mozambique, as well as restaurants with continental menus.

Traditional Portuguese food can be found at Malmequer Bemmequer (Rua de Sao Miguel 23-25, 21-887-6535), located in the Alfama district. If you're looking for spectacular views of the city to go with your dining experience, head to Panorama (Rua Latino Coelho, 21-312-0000).

Lisbon has beautiful weather year round, so anytime is a great time to visit. However, summer months tend to be the busiest, so if you want a calmer environment, head out during spring, early summer and the fall.

The port of Lisbon features three cruise terminals, Alcântara, Jardim do Tabaco, and Santa Apolónia. All are close to the city center but not connected to each other.

Central Lisbon is relatively compact and best seen on foot. You can get around the city on a network of funiculars, buses and subways. The Lisbon Metro is not only a transport system but an attraction in and of itself. It’s a public art collection, with wonderful glazed tiles, paintings and sculptures, with some works by famous contemporary artists. Taxis in Lisbon tend to be inexpensive and are widely available.

Safety: Lisbon is considered a safe city overall. As always, be aware of your surroundings and lock up your valuables.

Shorefox contributed to this guide.

Have you traveled or cruised to Lisbon? What was it like? We'd love to hear about your experience.

“We stopped for espresso and pastel de nata (custard tarts) at the famous coffeehouse Cafe a Brasileira, a 100-year-old institution where famed artists, poets and writers would hang out in the 1920s and '30s. The Metro is simple, fast, clean and easy to navigate. Most businesses had someone on-site who spoke English. The food and wine were a highlight of the trip, along with the history and friendly locals. ”

“An unexpected gift of the Portuguese recession has been the resurgence of easy-on-the-wallet petiscos, the country's answer to tapas. At newcomer A Ucharia, in Principe Real, standouts include cockle-rice and fluffy farofias (cream puffs). Pigmeu, a contemporary space in the cool Campo do Ourique district, specializes in pork. ”