As one of the most internationally diverse and cosmopolitan destinations in the world, London entertains more than 20 million international visitors a year. With a rich heritage and history that greets you everywhere you go, present-day London still possesses an air of the medieval, with a backdrop of St. Paul's Cathedral, which has stood since the 1600s, to the iconic Big Ben. Yet this thriving metropolis is one of the centers of art, fashion and culture in Europe.

With the River Thames running through it, Britons have a strong sense of culture and tradition in London, with teatime remaining a true tradition. The tall, red double-decker buses still tour the city, and the matching red telephone booths can still be found on nearly every corner. And of course, the Royal Family is a huge part of the culture. So grab a pint of beer at a local pub and relax as you enjoy everything this city has to offer.

Cruise ships that call on London

Most large cruise ships call on Dover and Southampton in the United Kingdom, and visitors travel to London by ground transportation. Here are ships that call on London:

Things to do & see in London

Big Ben & the Houses of Parliament

Big Ben is not only the most impressive clock in the entire world, it is an historical landmark as well as an iconic piece of architecture. Located in Parliament Square, Big Ben's 700-pound pendulum keeps excellent time. The clock tower adjoins the Houses of Parliament (0207-21904114), and whenever the House of Commons is in session, a light shines above the clock face. They can be visited by the public when it’s in session from late September to mid-July.

The British Museum (020-7323-8299) is the premier museum in London (and the world, for that matter). Combining remarkable architecture with incredible exhibits and displays, the British Museum is a world-class establishment. Located on Great Russell St. in Russell Square, and there are over six million items on the premises to peruse, from Egyptian artifacts to ancient Greek statues. The museum covers seven acres and has been a great source of pride to England since the 1800s, so make sure you give yourself plenty of time.

On Tower Hill stands the Tower of London (087-756-6060), which has stood for seven hundred years and was used in medieval times as a prison and execution center. Today it is a wonderful historical site and a great attraction. The guided tours are interesting and strikingly eerie, making this turreted marvel a must.

As you gaze upon the Tower Bridge, you will get a sense of what an unbelievable work of craftsmanship and architectural genius it is. Located at Tower Hill, the Tower Bridge is exquisitely ornate. The infrastructure is as complex as it is extravagant, and the Tower Bridge is by far one of the most visited bridges in the entire world.

Westminster Abbey (020-7654-4900) is located at Broad Sanctuary and is the most famous church in Britain. A striking example of Gothic and English architecture, the abbey is where the majority of the kings and queens of Britain were crowned and the burial spot of British royalty and notable figures throughout the centuries. It was founded in 1065, and the church is open to the public Mondays through Fridays, 9 am to 4 pm, and Saturdays from 9 am to 2 pm. 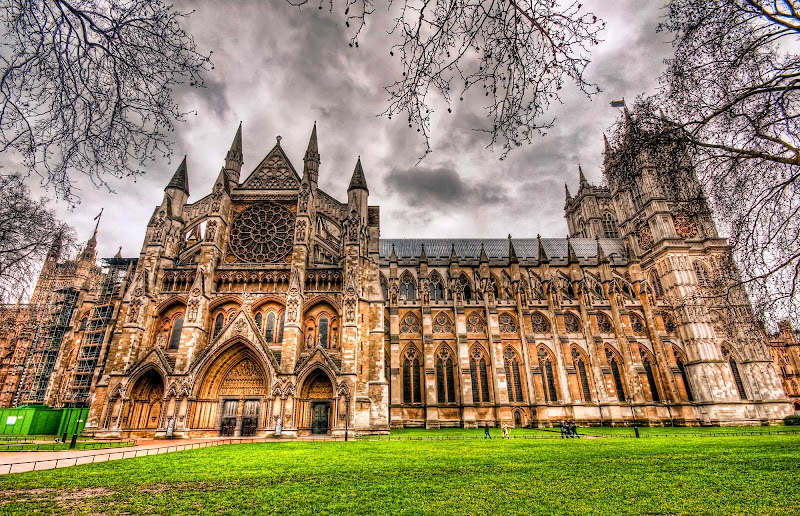 hjjanisch / Creative Commons BY ND 2.0An HDR capture of Westminster Abbey on a rainy day. A bit spooky, no?

This magnificent site at Buckingham Palace Road (020-7839-1377) has been the official home of the Royal family since 1837. The Dukes of Buckingham first owned the palace, and Queen Victoria's numerous renovations during her reign greatly improved the look and structure of the royal home. Every day during the summer, and every other day during the winter, you will be treated to the world-famous Changing of the Guard ceremony. This event is a must for anyone visiting London. Tours of this historic 775-room estate are only available in summer months, but visitors are welcome to snap photos of the building and Her Majesty’s royal guard year-round. When the queen is in residence, there are four stone-faced sentries posted out front, and two when she is away.

Antiquairius is the best store to find antiques and specialty items. It's at 131-141 King's Road and is a marvelous indoor shopping experience (020-7969-1500). Selfridges (0870-837-7377) is London's largest department store, and is located at 400 Oxford St. But no London shopping experience would be complete without a trip to the world-famous Harrods Department Store (020/7730-1234). Located at 87-135 Brompton Road, Harrods features beautiful men's and women's clothing, a fantastic food court and exquisite jewelry.

Because London is such an ethnically diverse city, the dining options are limitless. For traditional British cuisine like fish and chips, The Golden Hind (0207-486-3644) located in the Marylebone section of town, is a casual BYOB spot that has been open since 1914. Afternoon tea is best served in all its regal English glory at Brown’s Hotel in Mayfair (0207-493-6020) — but be sure to dress properly.

Featuring homemade Yorkshire pudding and cask ales, Priory Arms (0207-622-1884) is a favorite pub among locals and draws large crowds for Sunday’s trivia night. An abundance of Indian restaurants have been peppering the city since the 1920s, starting with Veeraswamy (0207-734-1401). From Greek and Turkish, to Italian and Chinese, there are a plethora of authentic international restaurants and fast-food chains within this buzzing metropolis.

In its February 2015 issue, Travel + Leisure magazine named these as among London's hot restaurants: 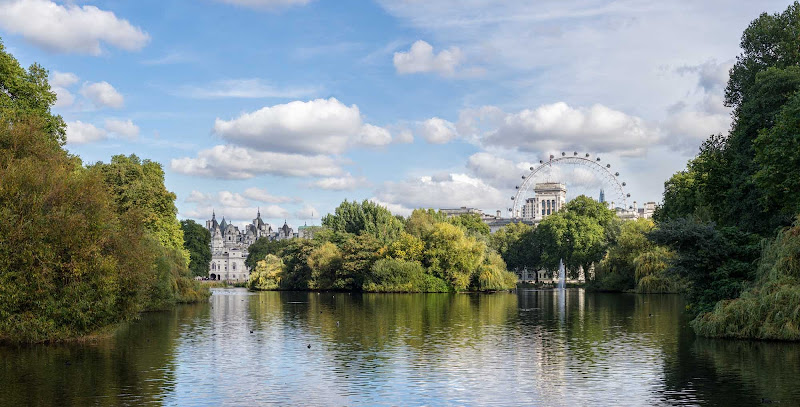 Though fairly unpredictable, the weather in London never reaches any extremes, so any time is a good time to visit. Any month of the year can be considered part of the rainy season, but August and November are hit hardest. Summertime brings about the highest volume of visitors, as the weather remains comfortable. However, the winter months are often overlooked, but the holiday season in London is not to be missed.

Cruise ships will typically dock near the Strait of Dover in the Isle of Sheppey. From here you can take a taxi or bus into London, located 80 miles from port.

Travelers can choose from express rails, buses, taxis and shuttles. Traveling by bus is always a good choice in London, because both residents and tourists find the bus system reliable and safe. Single-day travel cards can be purchased, providing bus access in London for the entire day. These will typically cost around $5. The cheapest mode of transportation throughout the city is the London Underground. Called The Tube by locals, it is the city’s largest subway system, with 11 color-coded lines that run every day from 5:30 a.m. to 1 a.m. If you plan to use the Underground as your main mode of transportation, buy a rechargeable Oyster Card.

Tipping: It's customary to leave a 10-15% tip in restaurants and with taxis. However, there is no tipping in pubs or bars.

Safety: London is a very safe city, however, do not flash cash and make sure to stay in well-lit areas at night.

Have you been to London? Please share a story, tip or discovery. What was the highlight for you? Please share in the comments below.

“The perfect London escape is the hidden garden at Number Sixteen, with its fountains, perfumed roses, boxwood hedges, and a few tables where you can while away an afternoon sipping Lapsang Souchong tea, a million miles from the madding crowd.”

“My favorite place for a power breakfast is The Wolseley on Picadilly, a wonderful, buzzy space full of fashion people. i always have porridge and a plate of berries. I'm also obsessed with the green Cabmen's Shelters that have served fry-ups and tea to cabbies since the late 1800s. There are only about 13 left, and while they're not open to the public, there's one opposite the Royal Albert Hall that you're allowed into.”