The former Burma, Myanmar sits at the crossroads of many cultures despite its relative political isolation. Located on the Bay of Bengal and Andaman Sea with Bangladesh and India to the west, China to the north and Laos and Thailand to the east, Myanmar (pronounced Me-Yen-Mar) presents visitors with a dizzying array of Buddhist temples and ethnic diversity with a British colonial past mixed in for good measure.

River cruising to see towns and cities along the Irrawaddy (Ayeyarwady) River is the most convenient way to see Myanmar, unless you want to opt for a rugged journey riding the old British rail system or taking the crowded buses.

There’s plenty to see and do in Myanmar: touring Mandalay and its royal palace, exploring colonial Yangon (the former Rangoon) with its British architecture and many pagodas, visiting Bagan with its seemingly endless multitude of pagodas and discovering the floating villages of Inle Lake and the northeastern part of the country, which is part of the mysterious Golden Triangle with its hill tribes. In the southeast, the Myanmar coast is sprinkled with off-shore islands and the beach at Kawthaung is a popular seaside area.

Cruise ships that call on Yangon 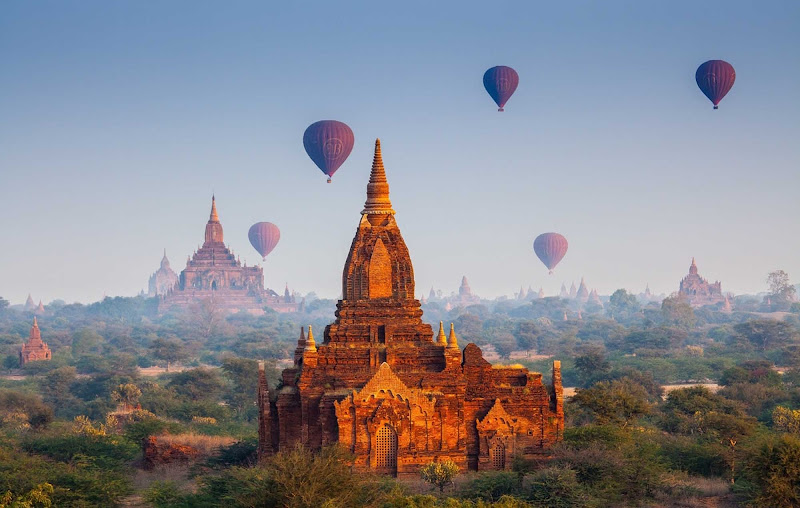 Courtesy of AmaWaterwaysHot air balloons hover above some 3,000 Buddhist temples during a sunrise flight in Bagan, Myanmar. You can now visit Bagan, Yangon, Mandalay and other breathtaking sites aboard AmaWaterways' luxury river cruise ship the AmaPura.

Top things to see & do in Myanmar

Myanmar, which was ruled as a division of India by the British, is heavily influenced by Indian culture in the style of its stupas and temples. Buddhism is both the dominant religion and the all-pervasive cultural force in the country.

Walking around Yangon brings you back to the time of 19th century British colonial rule. Sparkling-clean parks and temples stand side by side to decayed colonial-style buildings and deep potholes. Its cultural and religious attractions, like the Shwedagon Pagoda, add to the city's feel of exoticism, as do the smiles of the locals. Every street corner brings something new — and a short ferry over the river even gives you a glimpse of rural life in the country. Cities of cultural and historical interest close to Yangon are Bago with its Buddhist sights, the delta town of Twante known for its pottery and the pilgrimage site of Kyaiktiyo with its gold-gilded rock balancing precariously over a cliff.

The former city of Bagan is a true gem, and gives a glimpse of what life in the 11th and 12th centuries here must have been like. Marco Polo described it as the "gilded city alive with tinkling bells and the swishing sounds of monks' robes." It is the largest and densest concentration of Buddhist temples, pagodas, stupas and ruins in the world. Mrauk U is another one of those mysterious places — a sleepy village today, its crumbling pagodas and temples remind of the early modern period, when it was the capital city of an empire involved in extensive maritime trade with Portuguese, Dutch, French and Arab traders. 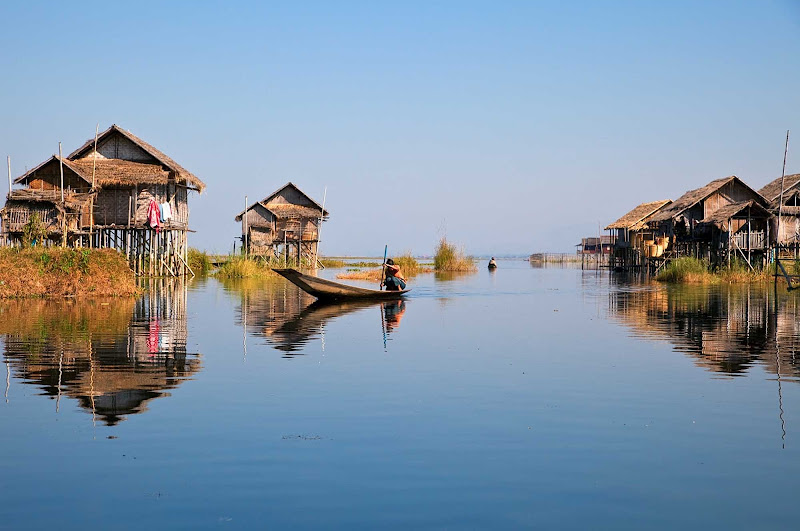 Courtesy of AmaWaterwaysInle Lake is a picturesque fresh-water lake in Myanmar. At the end of your river cruise aboard the AmaPura, consider adding a post-cruise stay of three nights at Inle Lake and one night in Yangon.

Myanmar has its fair share of natural attractions. Inle Lake is where the backpacker community resides, and you can do some birdwatching. A trip to Myanmar is not complete without a boat trip on the lake. It has a unique vibe with tribes living in stilt houses and paddling their traditional wooden boats with one leg. The country's long southwestern coastline also has a few beaches, such as Chaung Tha and Ngapali. 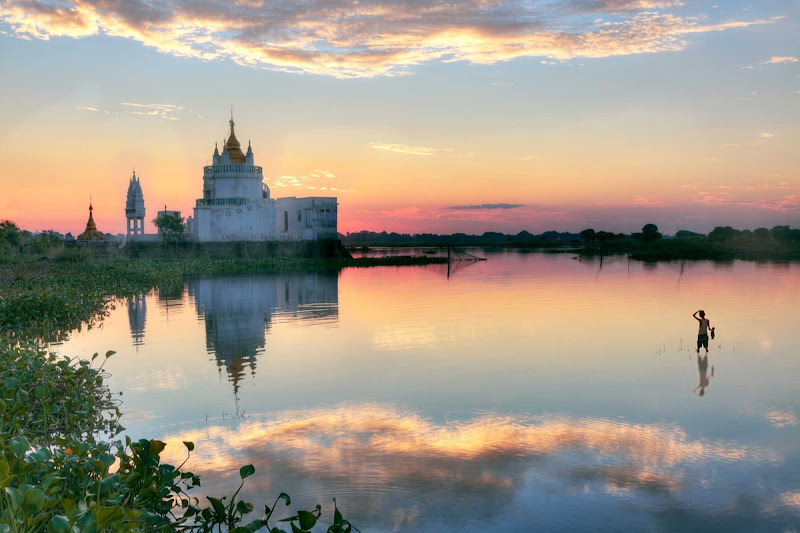 Rice is the staple of Burmese cuisine, which is heavily influenced by China and India. While dishes change from region to region, much of it is spicy throughout. Along the sea, fish dishes predominate and inland, poultry and meat. Many of the sauces and spices are reminiscent of Thai cuisine. There are many up-market restaurants to choose from in Yangon and Mandalay.

Myanmar has three distinct seasons: a hot season from March to April and a rainy season from May to October; the best time to travel is the coolest period from November to February. Most visitors fly into Yangon from either Bangkok or Singapore. Because of poor roads and government regulations, getting around in Myanmar is difficult if you try to go off the beaten path. The government restricts people from visiting certain areas.

Language: Burmese is the official language.

Currency: Myanmar is still predominantly a cash economy, largely due to the lack of ATMs. The local currency is the kyat.

Safety: Myanmar is extremely safe for tourists, and it is generally safe to walk on the streets alone at night. Do note that tap water in Myanmar is not safe to drink; ice in drinks should be avoided as well. Bottled water is readily available at many tourist sites.

Have you been to Myanmar? We'd love to hear about your experience or see your photos! What was the highlight?

“Unlike other popular Asian tourist destinations such as China, Singapore, Hong Kong and South Korea, which have increasingly become theme-park-like experiences leeched of authenticity, in Myanmar it is still possible for visitors to become lost in a culturally varied and vibrant indigenous society that has yet to become a commercially mummified simulacrum of its former self.”

“I've come to The Morning Star Tea House [in Yangon] for a couple of reasons. Reason one: the must-have, bone-deep, old-school favorite around here, La Pet Tok, the salad of fermented tea leaves. I know. That does not sound good. But you'd be wrong to think that.”

“Mornings in Myanmar often find bewitching mists hovering in the valleys and around the hills.”