Capri travel guide: Visit the isle of the sirens

Located south of Naples and west of Sorrento and Amalfi (just off the coast of Italy in the Mediterranean), Capri is both the name of the island and the name of its main town. The island is one large limestone rock, with the shore consisting mostly of steep rocky cliffs. According to geological research, the island of Capri was once connected to the mainland.

In the 1800s, Capri began to attract Europe’s rich and famous. Artists, writers and politicians all came to live on the Island. Tourists in that time discovered the Blue Grotto, which is Capri’s biggest tourist attraction today. The amazing blue color of the sea inside the cave leaves a permanent imprint on your mind, and the breathtaking views will make your trip memorable.

Cruise ships that call on Capri

Top things to do & see in Capri

Head to the top of Monte Solaro

In Capri for just a day trip? One unforgettable excursion leads you to the top of the island, the peak of Monte Solaro. You can easily reach it with a chairlift, and with some luck the weather will grant you a haunting view up to the island of Ischia, the Amalfi Coast and the Bay of Naples. So make sure to carry your camera with you. Visiting Capri, you will be able to swim and dive in crystal-clear water. But the access to the water is not through beaches, but rather via beach clubs’ tiny platforms between the rocks. 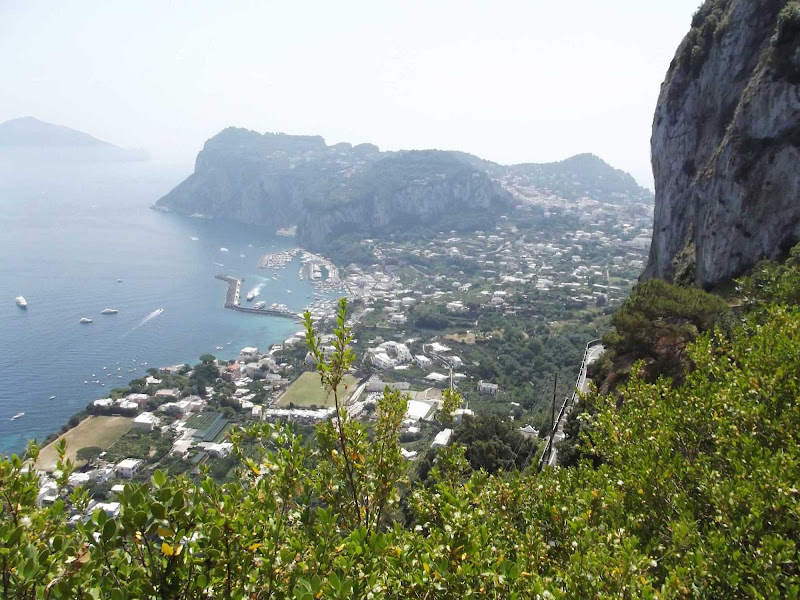 The Blue Grotto (Grotta Azzurra) is a beautiful cave at the water's edge with a tiny opening to the sea that opens and closes with the tide. The entrance is small and, depending on the tide, there's just enough space for only a small rowboat to get through. Dark at the entrance, one has to enter 20–30 yards and then turn around to view the beautiful sight of the light from the entrance flowing through the water lit turquoise from below by the sun. Hence the sight of the "Blue Grotto."

You'll be amazed at the turquoise hues glimmering in the water and against the rocks. The grotto often closes due to tides and waves, and it may take a while for your boat to get in, with many other boats trying to do the same. It may also be advisable to check the tides beforehand to avoid disappointment. Some cruise ships circumnavigate Capri and stop at the Blue Grotto allowing passengers to board a row boat and enter the grotto.

Visit the resplendent residence of the Emperor Tiberius. To get to Villa Jovis, start from Piazzetta Umberto I and turn into Via delle Botteghe, continuing straight on through Via Fuorlovado, Via Croce and finally Via Tiberio. After visiting the villa, you could dedicate some time to other attractions in the vicinity, such as the Church of Santa Maria del Soccorso, the Cave of Tiberius and the Lighthouse Tower.

Take one of the public footpaths which let you reach, for instance, the "Arco Naturale" and other beautiful sights, which the large majority of tourists will only see from their boat trips around the island. Some of these paths are very steep and keep in mind at times you need to walk up and down long stairways. The map you can buy for a small fee at the main tourist office in the harbor shows most of the footpaths.

Capri can be expensive for cruisers looking for a leisurely lunch. Donna Rachele, at Via Padre Serafino Cimino, Is a well-regarded restaurant close to the main square. Ask the waiter for a wine recommendation. 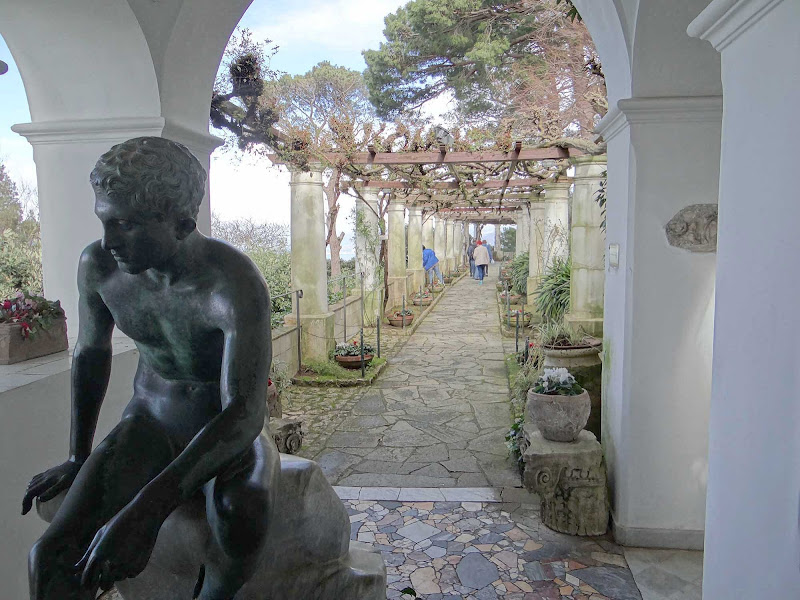 Summer (June to August) is the busiest season of the year in Capri. August registers the greatest number of tourists on the island, with an average of 20,000 arrivals per day, which is a lot of people for such a small island. April, May, September and October are some of the best months to visit as the weather is warm and the island is less crowded.
In the winter, the island is incredibly quiet and peaceful.

Cruise ships tender outside of the town of Marina Grande, a small port town also welcoming the ferries from Naples and Sorrento. From there it’s an uphill trip to Capri Town or Anacapri.

With its winding streets, and your desire to capture all the amazing pictures, we recommend that you wear comfortable walking shoes with good support.

As far as we know, there is no free Wi-Fi on Capri unless you're a hotel guest.

Taxis: Taxis are readily available at the pier. Keep in mind that most of the town centers of both Capri and Anacapri are closed for traffic, so you will be walking for most of your visit. Taxis are metered but you can agree on a fixed price for a longer trip around the the island.

Rent a motor scooter to tour the island. This will get you around much quicker than on foot, but still allows you to easily maneuver the winding roads. Beware of crazy bus drivers especially around corners!

Buses: The island offers a decent bus system and the service is frequent. You’ll travel aboard a minibus with only a dozen or so seats. Tickets are available on the right when leaving the pier are at a ticket office.

Language: As with many scenic locations in Europe, some English is understood and spoken by staff interacting with visitors. Italian is the official language.

Tipping: As in most of Europe tipping isn’t expected in Italy. A service charge is sometimes added to the bill. Some may also add an extra charge for the dinnerware and extras (tablecloth, silverware, plates, bread, etc.); this is normal.

Safety: Capri is considered a safe place. As always be aware of your surroundings and only carry with you what you need and keep the rest locked up on the ship.

ShoreFox and Wikivoyage contributed to this guide.

How about you? Have you been to Capri? What would you say is a must-see or a must-do? Share a photo or tip!

“The Blue Grotto means nothing to me. Not until I slipped into a rowboat and headed toward a photo op with Capri's amazing sea cliffs.  You should duck says the Italian oarsman. When I come out of my crouch, it's quiet and dark, except for this crazy blue color glowing from beneath us.”

“I usually visit in the fall and spring, when I'm in Italy for work and the island is at its most peaceful. The simple pleasures of life there are abundant — the sun, the sea, the unforgettable plates of pasta.”