Copenhagen travel guide: What to do & see

Copenhagen offers an exhilarating mix of historic charm and youthful exuberance, a place where baroque palaces and modern Danish design happily co-exist in a walkable and bike-friendly city center. Its spires, cobblestone squares and weaving canals emit a small-town vibe, despite its position as the largest city in Scandinavia and the capital of Denmark.

Along with an assortment of museums (Nationalmuseet), theater (Tivoli Concert Hall) and nightlife (Nyhavn), Copenhagen is arguably one of the greenest cities in Europe. The city center puts bikers at the fore; they often outnumber cars, so pedestrians do have to walk carefully. Green spaces in the form of parks and gardens are everywhere. 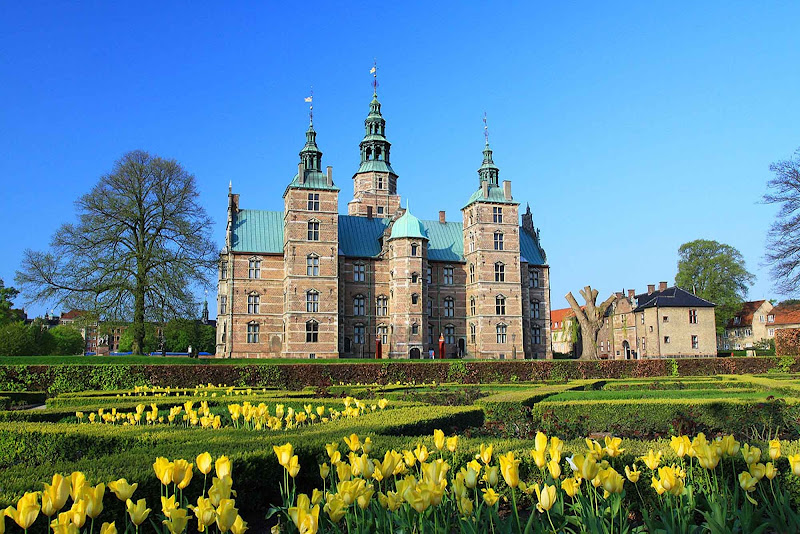 The Indre By (inner city) is the historical core of the city and home to several striking landmarks, such as the Amalienborg, or royal residence, which consists of four identical mansions; the botanical gardens; city hall, Dansk Design Center and the Danish Museum of Art and Design, called Kunstindustrimuseet. Also in this central district are the Tivoli Amusement Park and the artificial island, Slotsholem, which is surrounded by canals and hosts the city's many world-class museums.

Cruise ships that call on Copenhagen

Sonia Gil of Sonia's Travels offers five free things to do in Copenhagen in this 3-minute video.

Top things to do & see in Copenhagen

The most pressing problem for cruise passengers is choosing. This is a city with dynamic culture, entertainment, globally recognized dining and a wide variety of sights, from palaces and museums to tranquil canals intersecting with intriguing neighborhoods.

A great way to get oriented or to see a lot in a short time is by taking a bus or boat tour. Harbor and canal tours visiting sites such as Christiansborg Palace and the Little Mermaid statue are offered by Netto Badene. Hop-on, hop-off bus tours of the major city sights are available from Open-Air Sightseeing.

Here are some of the top attractions:

Amalienborg Palace and Square: The changing of the Royal Danish Guard takes place at noon whenever the royal family is in residence at this palace built in the French Rococo style. A small museum gives a glimpse of life inside the royal household.

Christiansborg Palace: Home to the Danish Parliament, the palace’s royal reception rooms are filled with dazzling tapestries and other artifacts from several centuries of Danish history.

Museum of Danish Resistance: Denmark’s struggle against Nazi occupation during World War II is movingly told through artifacts and video interviews from survivors. 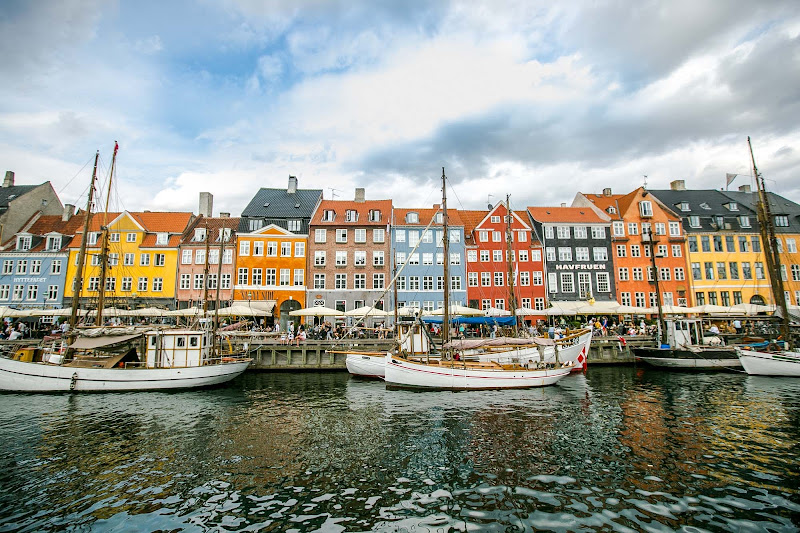 JD Lasica / Special to CruiseableColorful buildings line the canal in the Nyhavn section of Copenhagen.

Nyhavn: The historic sailors’ quarter is now a lively quay lined with jazz clubs, cafes, tattoo shops and throngs of young people enjoying the summer sun. The harbor is a veritable marine museum of vintage sloops and other historic vessels.

Hans Christian Anderson Museum: The life and times of Denmark’s famous poet and author of classic fairy tales is revealed here in exhibits that trace his childhood in Odense up through his successful career in his beloved Copenhagen.

Strøget, the pedestrian street that cuts through central Copenhagen, is a shopper’s paradise, with designer boutiques, international chains and interesting second-hand and antique shops. Look for stores devoted to Danish-designed housewares and classic products such as Georg Jensen silver and Royal Copenhagen porcelain.

Midway along the street in the Illum Department Store is the Cruise Lounge, where passengers can relax with complimentary coffee or tea and store their purchases (be sure to bring proof that you're a cruise passenger). Other good places to find local treasures are the shops at the Danish Design Center and the Copenhagen Amber Museum; the large department store, Magasin du Nord; furniture stores in the district of Norrebro; and the Israel Plads and Gammel Strand flea markets, open on Saturdays.

International jazz fans flock to the Copenhagen Jazz House for live concerts. Clubs and other nightspots are clustered on and around Strøget and near Tivoli Gardens. The Operaen, Copenhagen’s state-of-the-art opera house, offers not only opera but also jazz and pop-music headliner concerts. 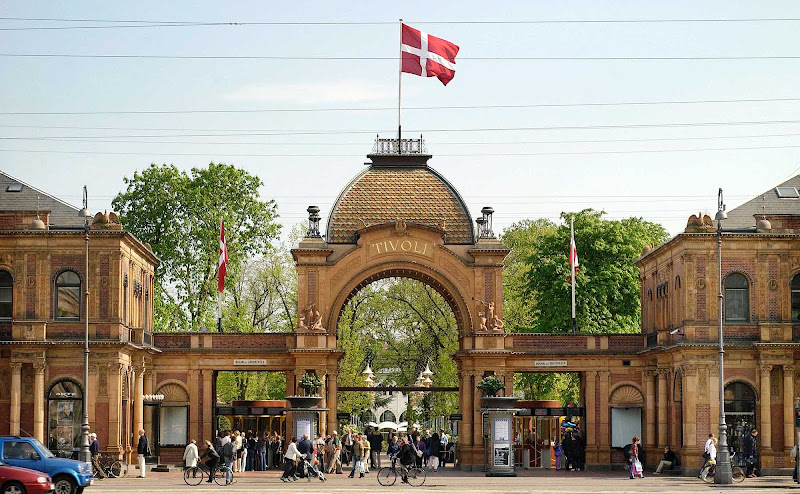 Rosenborg Castle: The Renaissance-style residence of Christian IV, known as the Warrior King, the castle is a treasure trove of crown jewels, ivory coronation chairs, porcelain, portraits and swords studded with priceless gems.

There's been a culinary resurgence in Danish cuisine in recent years, led by Noma, voted one of the World's 50 Best Restaurants 2014 by prestigious Restaurant Magazine. Tucked away in a 1700s harbor warehouse in Copenhagen, Noma boasts two Michelin stars and offers New Nordic cuisine consisting of seasonal, terroir-led Scandinavian dishes. You'll need to make reservations months in advance to grab a table here, but that should work to cruisers' advantage.

You'll find international influences, especially French and Asian, in lunch and dinner spots around town, and there are more than 100 restaurants in Copenhagen that participate in “Klima-friendly” food, serving only organic, locally produced and environmentally friendly meals, adding to the city's green reputation.

Casual lunch: For a truly local experience, order a grilled pøse, a Danish version of the hot dog, from one of the many street carts. Good places to enjoy a smørrebrød, the classic Danish open-faced sandwich, are Café Nytorv and Domhusets Smørrebrød.

Fine dining: Ravelinen Restaurant, with its lakeside terrace in the charming Christianshavn neighborhood, is a popular and atmospheric place for classic Danish cuisine. Located in a historic building with vaulted ceilings, Kong Hans Kaelder is a longtime favorite for Danish caviar, game dishes and other specialties.

In its February 2015 issue, Travel + Leisure magazine named these as among Copenhagen's hot restaurants:

Metropolitan biking? Copenhagen is where it all began. Sonia Gil of Sonia's Travels takes a look at bicycling in Copenhagen in this fun 2½-minute video.

Copenhagen has two main cruise ship terminals: Freeport Terminal, about three miles north of downtown, and Langelinie Pier, about two miles from downtown and in walking distance of the Little Mermaid site.

Central Copenhagen is easily explored on foot, but the city has an efficient bus system with stops at all the major points of interest. Busses marked “A” serve the primary tourist routes. Taxis are plentiful and easy to flag down, but are expensive. Cycling is another option, with most major streets having dedicated bike lanes. Look for bicycles at racks throughout the city available for public use at no charge.

Language: Danish is the official language, but many people are conversant in English.

Currency: The Danish Kroner – there are about 5 kroner to the U.S. dollar.

Safety: Copenhagen is one of the safest cities in the world. Still, be wary of pickpockets and don't flash cash or expensive items in public.

How about you? Have you been to Copenhagen? Planning to go? I'd love to hear about your experience or see your photos! Highlights?

“For a unique experience and a great opportunity to meet locals in their homes, consider having Dine With the Danes arrange for you to have dinner with a Danish family.”

“Some ships staying in Copenhagen late into the night will offer evening tours of Tivoli – when most of the park’s most interesting entertainment programming is offered.”

“Copenhagen is the coolest kid on the Nordic block, with its industrial-chic bars, design and fashion scene.”

“For the best view in the city, walk the spiral steps up the corkscrew spire of the Church of Our Saviour in Christianshavn.”

“In Copenhagen the latest such agora operated is the light-filled glass sheds of Torvehallerne. This food hall, farmers' market, and social hub opened in  2011 on Israels Plads, a public square previously notorious for its drug dealers.”

“The beautiful Rosenborg Slot castle, built in the early 17th century, stands in the equally beautiful Kongens Have (Kings Garden). It’s a great place to kick back on the grass and watch the world go by. There’s a free marionette show here in the summer – only in Danish, but the kids will probably love it anyway.”