For 2,500 years, Istanbul (once known as Constantinople) was the capital of three different empires: Rome, Byzantine and, until 1923, Ottoman. Its location — half in Europe, half in Asia — has made it an advantageous location over the centuries and a center for trade and culture.

It may not be an imperial capital anymore, but over the last three decades, it’s gone through an evolution that has transformed it into a dynamic metropolis of about 15 million residents. Full of extraordinary outdoor vendors, wonderful restaurants, interesting sites and glorious museums, Istanbul can seem overwhelming. Your eyes and ears will be inundated with intoxicating sights and sounds. Your best bet is to line up three or four activities that particularly interest you and spend your time exploring these in depth, as a visit to Istanbul without a definite plan is a chaotic visit.

Cruise ships that call on Istanbul 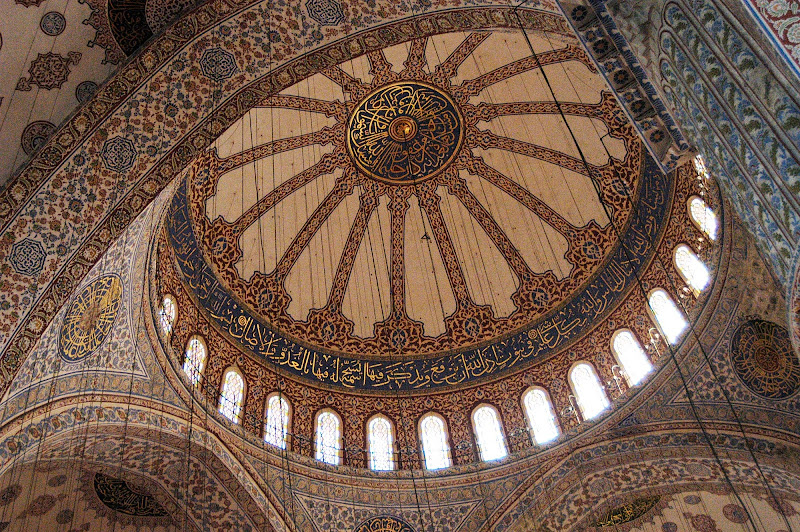 Things to do & see in Istanbul

One of the finest man-made works of architecture in the world, this artistic masterpiece is known as Megalo Ecclesia, which translates to Colossal Church. The Hagia Sophia was built in 360 AD as a tribute to Christianity, the newly sanctioned religion of Byzantium. After a fire destroyed a portion of this remarkable edifice, restorations were done during the years 408-450. Centuries of renovations and additions led eventually to the building as it exists today.

Osman Hamdi Bey, a 19th-century archeologist, diplomat and painter, founded this museum in 1891. Throughout his life, he fought valiantly to save valuable antiques from being smuggled out of Turkey. Located in Topkapi Palace (0212/520-7740), the Istanbul Archaeology Museum is spread out over three buildings and over one million unique and fascinating objects can be seen here. Check out the Istanbul Through the Ages exhibits, which is the best way to catch a glimpse of the culture, history, and heritage of this spectacular city.

Open since 1461, this sprawling outdoor marketplace is full of stalls selling everything, from handmade rugs to live chickens. It is a bargainer's paradise, and if you are strong in your bargaining skills, you can get some tremendous deals here while soaking in a true Turkish cultural establishment. Watch out for an abundance of ruthless salesmen, but don't be too defensive. The citizens of Istanbul are respectful and friendly, but once you enter a store or bazaar, the game is on. If you are shopping, you are in the hunt, and if you are in the hunt, you are fair game for the merchants to attempt to force a sale on you. Simply stick to your guns, and you will find the bargains you are looking for. 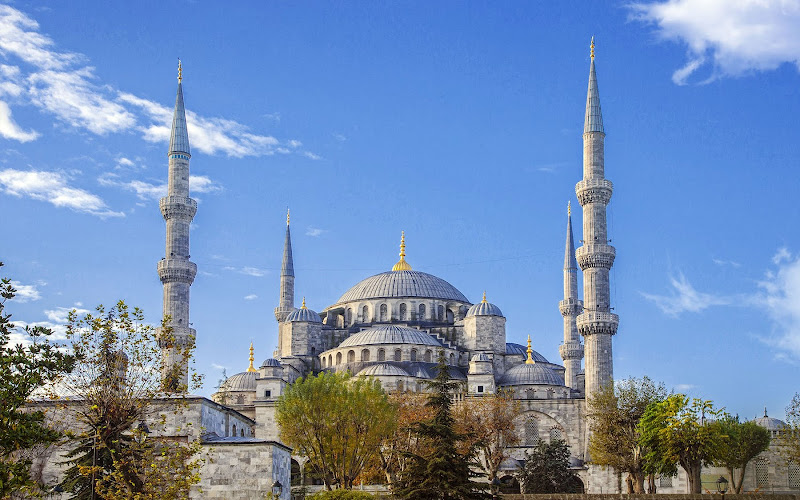 Located on Sultan Ahmet Camii, the world famous Blue Mosque was constructed in 1617 at the request of Sultan Ahmet I. It features six towering minarets, adding to the mosques overall grandeur, as well as stunning stained glass windows. If you visit the mosque in the early morning, the sun shining through the windows will radiate blue, thus highlighting the mosque's colorful namesake.

For entering mosques in Istanbul you need to cover your shoulders and knees, and women will also need to cover their heads. Coverings are provided by the larges mosques, i.e. the Blue Mosque, but you might want to bring your own (a foldable shawl is perfect for warmer weather). Also be prepared to take off your shoes before entering the mosque. 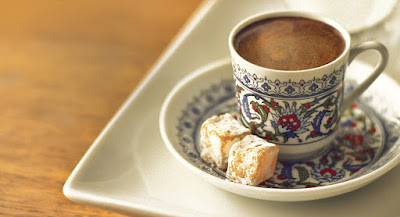 GoTurkey.comTurkish coffee.
Middle Eastern foods such as kabobs, pita and hummus make food in Istanbul shine. However, given the city's location as the bridge between Europe and Asia, you're sure to find a variety of other European and Asian dishes available here to sample.
In the summertime, there are plenty of rooftop restaurants and bars available for you to try out. Given that restaurants are a huge part of Turkish life, be prepared to make reservations at almost any of the high-end places you want to go. In addition to the high-end restaurants, Istanbul has no shortage of delicious street food or neighborhood cafes.
In its February 2015 issue, Travel + Leisure magazine named these hot restaurants in Istanbul:

Spring and fall are the best times to visit, although it can still get cold in the springtime. The best weather and lowest prices are usually between September and November. Summers are usually peak travel seasons, but the weather gets hot and it can often get congested in the city.

Cruise ships dock at the Port of Istanbul. Cruise ships dock at the northern side of the Galata bridge which is situated at the Karaköy neighborhood of the Beyoğlu district. The location is on the northern side of the Bosporus, the European part of Istanbul. From there, you can take a taxi to your destination in the capital city.

Bus: Buses are an economic as well as efficient way to get around Istanbul. However, be sure that you get on the right bus! Route maps and precise schedules are non-existent, so tell the driver your destination so he can confirm that you aren't headed in the opposite direction. A bus ride will cost you a modest 70 cents. If you are so inclined, which you shouldn't be considering the nightmarish traffic in Istanbul combined with a high rate of car theft, you can rent a car in the city by contacting Avis (0212-297-9610).

Taxis are plentiful available at the cruise terminal, and you can hail a taxi on any street corner in the city. Drivers will try to negotiate the fare upfront with you which is usually not a favorable price. Bargaining reduces the price significantly. Be aware that the traffic is usually heavy in Istanbul making it difficult to predict arrival times. Leave enough time for a transfer, especially when Istanbul is a start or end destination of your cruise.

Documents: U.S. and Canadian passengers need a passport and likely a visa.

Language: Turkish. However, most of the younger population in the city also speaks English.

Store hours: Opening times differ a lot around Turkey, but generally are Monday to Saturday from 9.30 am to 7 pm. On Sundays shops are closed.

Tipping: In Turkey, tipping is discretionary, but expected. Tipping in Turkish liras is better than dollar or euro. Tips on credit cards are not possible.

Safety: Istanbul is considered a safe city on the whole. As always, be aware of your surroundings and lock up your valuables.

Have you been in Istanbul? What was the highlight? Do you have any tips you can share?

“Then I went underground at the fascinating Basilica Cistern, a subterranean storage system for 22-million gallons of water brought 12 miles by aqueduct from the Belgrade Forest. Supported by 336 columns, each 26 feet high, it was constructed to serve the needs of the Topkapi Palace and looks like an eerily flooded temple. The echo of dripping water is enhanced with piped-in music.”

“In Istanbul, where I have an apartment, weeks would pass without a straitjacket sit-down dinner. Instead, we'd start with drinks and wood-fired pide (Turkish pizza) on the rooftop terrace of the Adahan Hotel; walk two blocks to smoky Canim Cigerim for sizzling liver kebabs, then  prowl the streets for a certain chickpea pilaf cart — before winding down with a glass of çay at a makeshift tea garden near the Karaköy docks with breathtaking view of Hagia Sophia.”