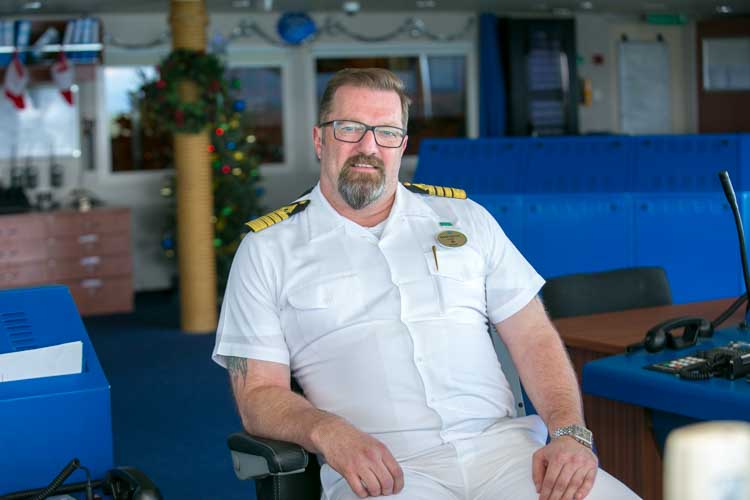 Ingar Kjellin, captain of Norwegian Jade, says Norwegians are pulled to the sea. "It's not a job. It's a way of life."

Q&A with the captain of Norwegian Jade

On my Western Caribbean cruise last month, I got to spend a half hour on the bridge with the captain of Norwegian Jade while we were docked in Harvest Caye, Belize.

CREW LIFE
Q & A with a cruise ship captain

We spotted Capt. Ingar Kjellin on multiple occasions in addition to hearing his announcements throughout the sailing. In our chat he covered topics such as Norway's tradition with the sea, a helicopter rescue of an ill passenger on our cruise and the time he saw the “green flash.” Here's my question-and-answer with the captain of Norwegian Jade.

Where are you from?

I’m from a little town east of Olso in Norway called Halden.

Have you always wanted to be a ship captain? How did you break into the business?

When you started out, what kind of positions did you hold?

I started at the bottom as a deck boy and went through all the ranks. I was staff captain for 11 years before becoming captain in March. This is my first ship where I’m captain.

Can you tell us about your responsibilities?

First of all, you are in overall charge of the ship, looking after the safety of the passengers and crew. I have three senior officers reporting up to me, the hotel director, chief engineer and the staff captain. My job is to basically make sure everyone works well together and that we take care of our guests. There’s a lot of paperwork. And then there’s the time I spend on the bridge maneuvering the ship. 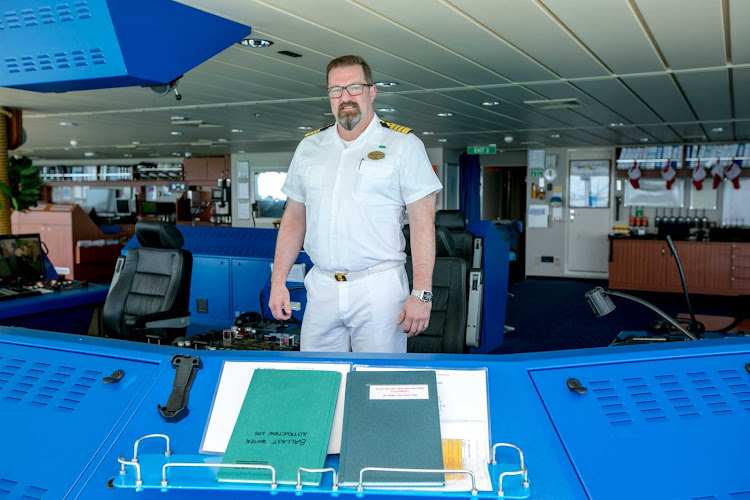 JD Lasica / Special to CruiseableCapt. Ingar Kjellin on the bridge of Norwegian Jade.

How does a typical day go for you?

It starts with a meeting with the senior officers in the morning. Then I go through my emails and begin the first of my three major rounds walking around the ship to meet passengers to talk with my crew. Then up to the bridge to check on things and monitor the traffic around us.

On this cruise, we had to cancel a visit to Puerto Limón, Costa Rica. What goes into a decision like that?

We had rough seas so I took a look from the bridge and evaluated the information we got from the port. There was no question that we had to cancel because of the swells and high winds. We then charted an earlier arrival to Roatan the next day, so we were able to dock instead of requiring passengers to tender in.

The crew. It’s a fantastic ship, refurbished in March with the latest equipment. But the crew makes the ship, and this is a fantastic group. There are more than 60 nationalities among the crew members and they have great respect for each other.

How can you tell when you have a great crew?

Partly it’s their interaction with passengers, but it’s also because they want to be here. When you have a genuine smile and genuine desire and passion to work, that's when you know you have an excellent crew.

When you interact with passengers on board, what do you say and what kinds of things do they tell you?

It’s important to just be yourself and to be natural and to see if they’re enjoying themselves or if they have any issues. You get a lot of information from hearing from regular people, both positive and negative, from the number of towels in the cabin to the weather. 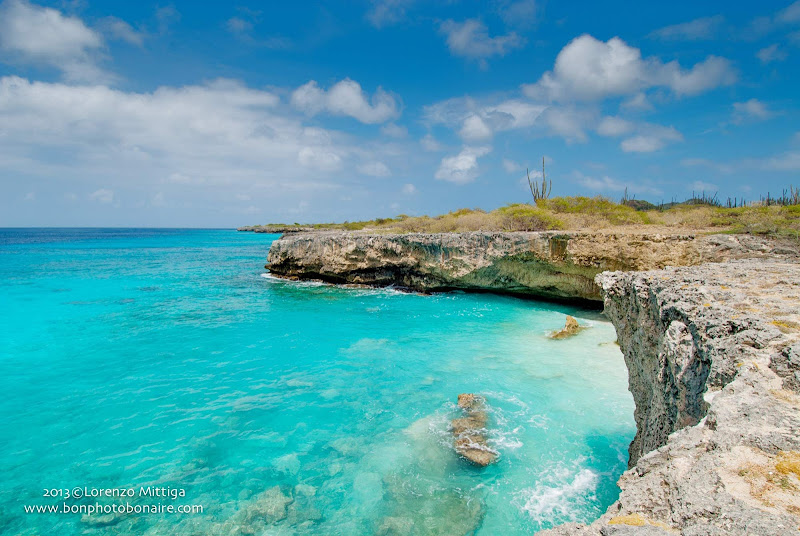 If you want to enjoy the beach, Bonaire is one of the beautiful islands of the world. If you like to explore, you have to see Norway or Alaska or South America. This ship goes to the Caribbean, Scandinavia and Northern Europe. I can show you some great secret spots in Norway.

Do you have any favorite activities on board in your free time?

Normally I’ll go to cabin to relax. Once in a while I’ll go ashore when in port.

How long do you sail at a time?

I’m at sea for 10 weeks then home for 10 weeks. I’ve got a little farm on Gotland, an island in Sweden in the middle of the Baltic Sea.

I have a live-in partner and we’ve been together for many years. I have four children, ranging from 14 to 21 years old. At this point, when I’m away, I miss them more than they miss me sometimes. For them, it’s natural that I’m away so much. They would come on cruises with me when they were younger, but not as teens.

Have you encountered any unusual things on the high seas over the years?

You do have your share of rescue operations on the open seas, especially with small sailing vessels sending a distress signal between Bermuda and New York or Boston. On rare occasions, someone has fallen overboard from the ship and we’ve managed to rescue them.

How does that happen?

Oh, they could be sitting on the balcony railings and we hit a wave, or they could have had too much to drink. Fortunately, we have good equipment on board to pick them quickly.

Tell us about the medical emergency on the first day of this cruise.

When we were off the coast of Cuba, a passenger became seriously ill, so we turned partway back to Miami. We contacted the U.S. Coast Guard, and they sent a helicopter out from the Bahamas to pick her up to bring her to Miami. 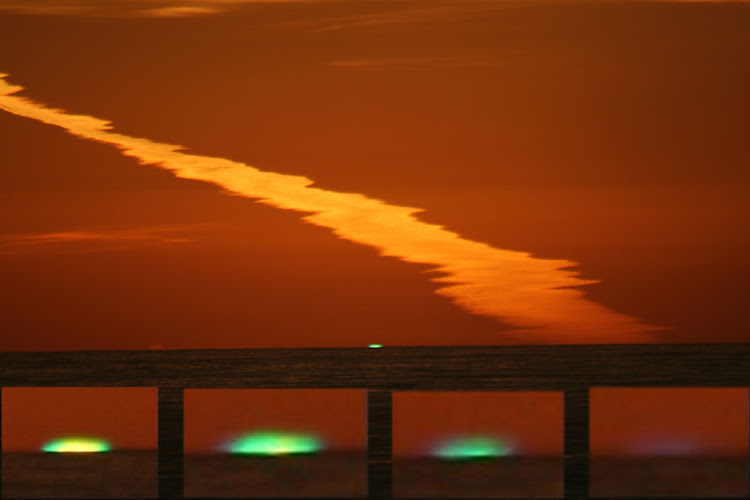 Have you seen any unusual sightings or UFOs or strange lights on the high seas?

Well, I’m not one for the supernatural or old captains’ tales. I think you have to believe in them in order to see them. I did experience the green flash on the horizon at sunset.

On rare occasions along the horizon for a moment you see a green flash just as the sun goes down. It’s very unique, maybe you see it twice in a lifetime. (Wikipedia adds: "Green flashes and green rays are optical phenomena that sometimes occur just before sunset or right after sunrise. When the conditions are right, a green spot is visible above the upper rim of the Sun's disk. The green appearance usually lasts for no more than a second or two.")

I also was sitting on my balcony on Norwegian Spirit and watched the launch of the space shuttle from Kennedy Space Center. That was quite something.

What else do you want people to know about being captain?

You know, as a Norwegian, being at sea, there was never any other option. You are there because you’ve dedicated your life to it. It’s in your blood. And I love it as much today as the first day I came out.