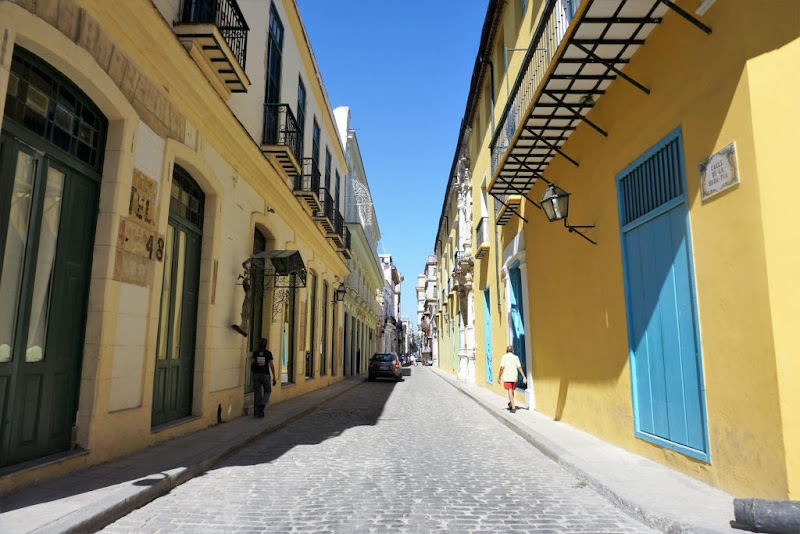 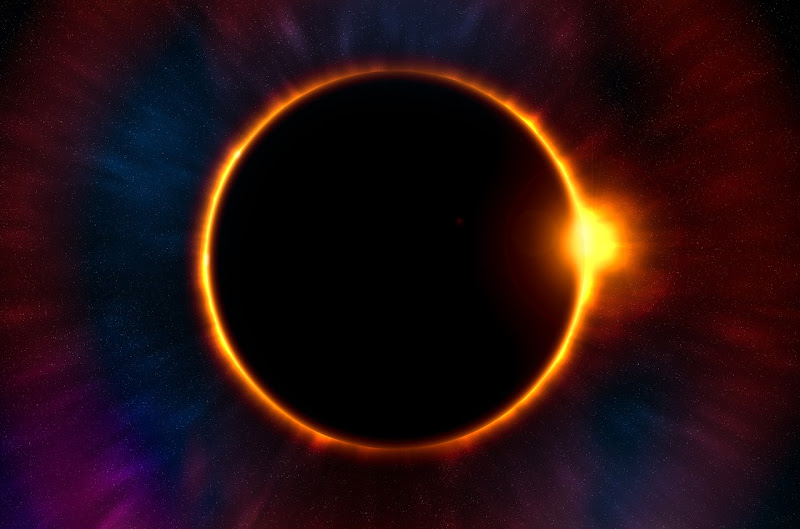 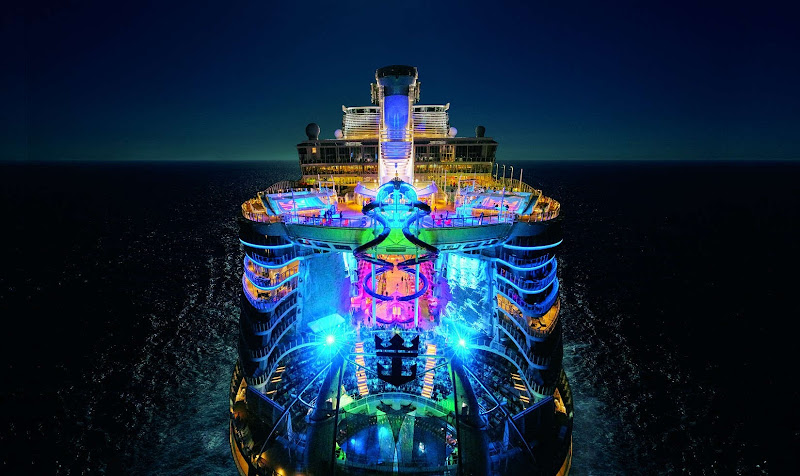 Royal Caribbean’s newest ship, Symphony of the Seas, is coming our way in April 2018, and when it debuts it will be the world's biggest cruise ship, slightly larger than Harmony of the Seas.

Here is our preview of the ship with a rundown of its features and amenities. And yes, it's open for booking.

Royal Caribbean shared the following infographic about the smartship, now under construction: 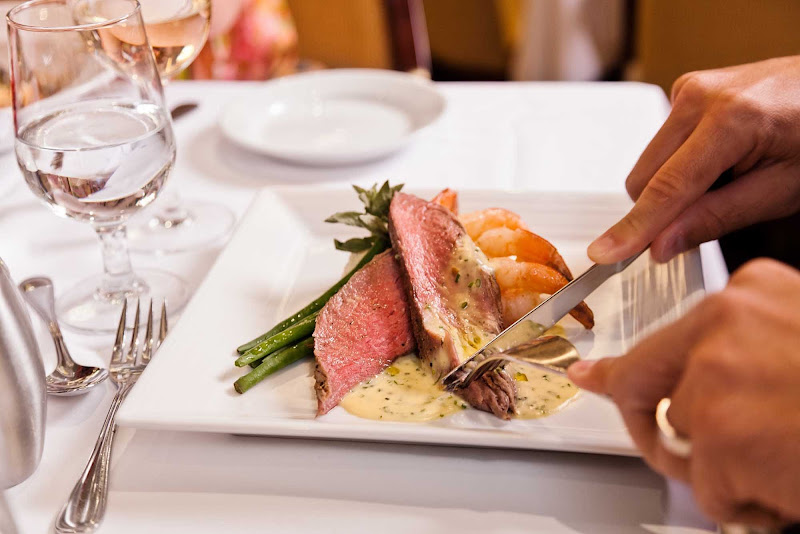 One of our favorite things about taking a cruise vacation is not worrying about keeping our dining on budget, because it’s included in our cruise fare. Dining on a cruise can be a little confusing for first-time cruisers, so here are some answers to common questions about cruise dining..

Dining on a cruise ship need not be confusing or stress inducing.

Dinner Seating Times -Most mainstream cruise lines have 2 set dinner times.  Usually around 6PM and 8PM.  In addition, most have flexible dining (Anytime dining, Freestyle dining, etc.) where you can pick your dinner time. Remember that the reason for the set schedule is that the cruise lines gear the evening entertainment around when dinner is scheduled, so if you pick a odd time, you may miss a show or other activity. My family usually schedules dinner for the late seating.  We are already used to eating later at home.  We also check out table assignment soon after we board the ship and if needed request a change.

Dress Codes and Formal Nights - on many of the mainstream cruise lines, the dress code is much more relaxed than it used to be.  Early in my cruising history, I do remember wearing a suit or rental tuxedo on formal nights and other nights dress slacks and a sport coat.  Not so much anymore.  While there are still plenty of people cruising that dress up for dinner, there are also people like me that for the most part wear dress slacks and a dress shirt (although I have been know for wearing a Hawaiian on occasion) .  The choice is directly up to you.  Still, shorts, swimwear, tee-shirts, tank tops and such are not allowed.

Here are some additional pointers I think that were missed.

Remember this, you are on vacation, enjoy and relax. 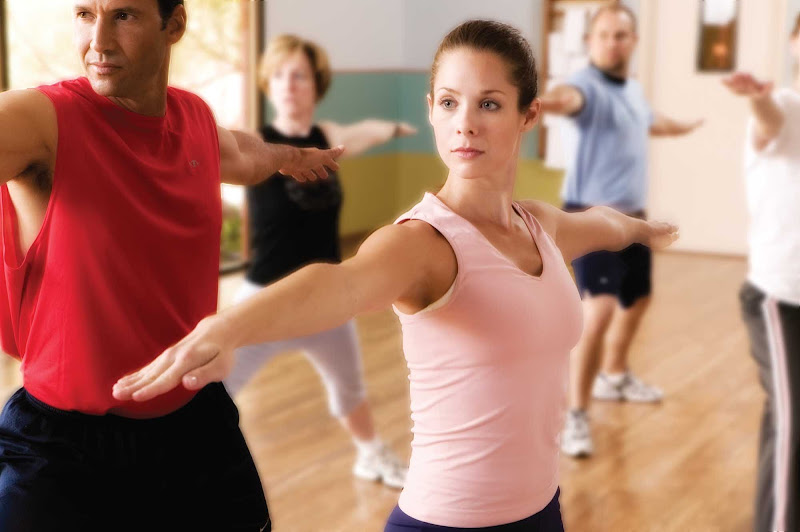 Regent Seven Seas Cruises will be launching a new "Seven Seas Wellness" program on Seven Seas Voyager starting later this month with the goal of enhancing the physical, mental and spiritual benefits of a cruise for its guests.

The Miami-based luxury cruise line said the new wellness program will be available on seven- to 10-night Mediterranean itineraries on the Seven Seas Voyager from late May through September 2017. 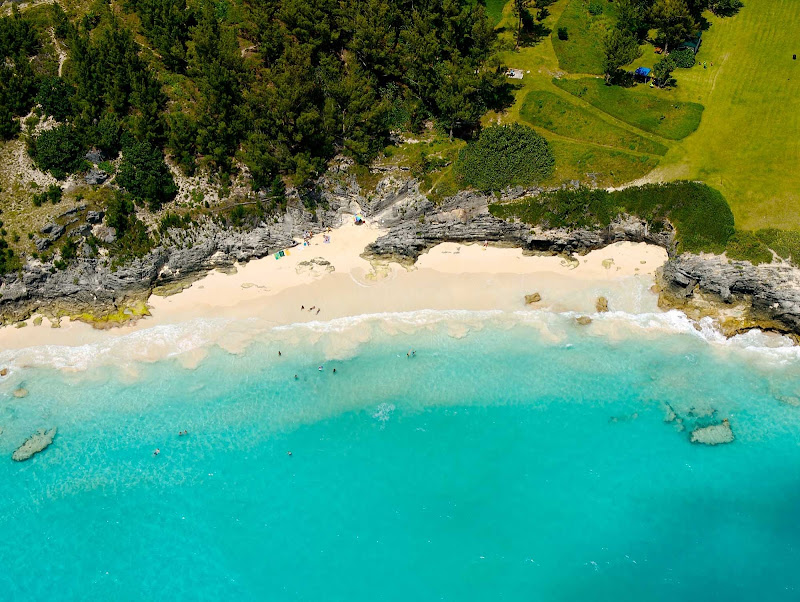 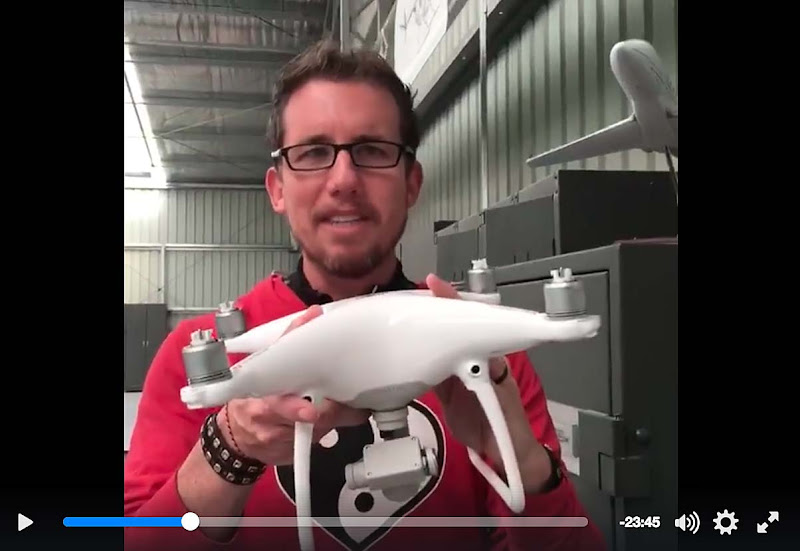 Today at the Eye for Travel conference at Hotel Nikko in San Francisco, I'm giving a presentation on the subject "Visual Storytelling to grab your customers."

I spoke at Eye for Travel two years ago when Cruiseable was just about to launch, and the gathering for travel executives has come a long way, with a full-fledged startup alley now as well as speakers and attendees from both the travel sector (Trivago, Hotel Tonight, Viator) and outside the sector (AARP, Google, Facebook).

As I always do, I've made the presentation available for download on SlideShare and embedded it here. (Susie Conley of Viator, Robecta Ma of Cathay Pacific and moderator Dwight Sholes are also on the panel — if you're at Eye for Travel, come on by at 2:50 pm today!) 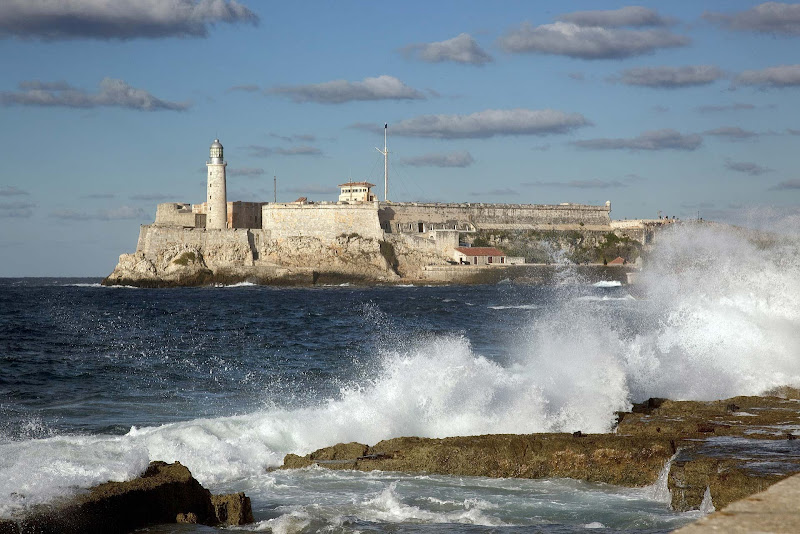 Norwegian Cruise Line will expand its Cuba offerings into next year, adding 33 sailings to the Caribbean island during 2018, most of which will feature overnight visits to the Cuban capital of Havana.

The four-day roundtrip cruises from Miami aboard Norwegian Sky went on sale today. 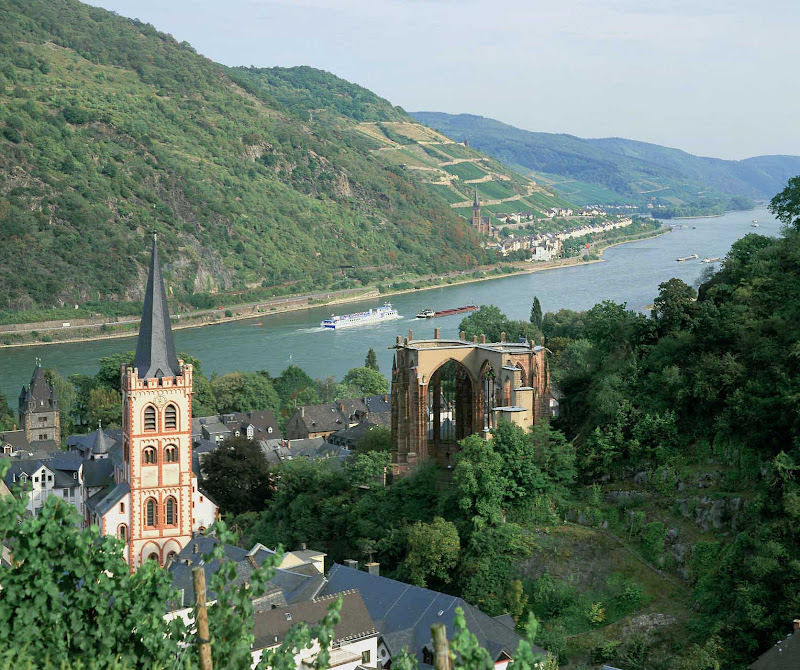 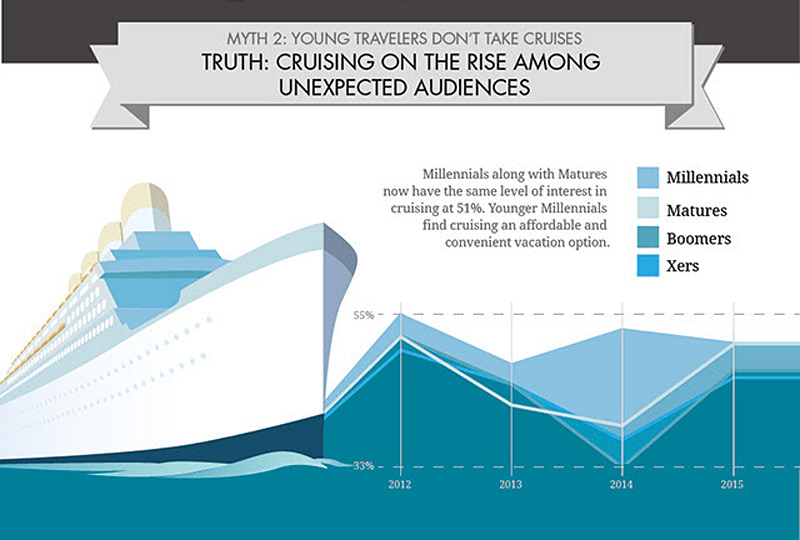 Some interesting findings in a new report, "The 5 Most Surprising Shifts in the Travel Industry," from the global travel consultancy MMGY Global.

Above is the portion of the infographic most relevant to cruisers: the finding that young people are just as into cruises as older travelers.

According to the MMGY findings, millennials, along with "matures" (seniors), now have the same level of interest in cruising at 51 percent. Young millennials find cruising an affordable and convenient vacation option.

Click on the thumbnail below to see the full infographic. You can 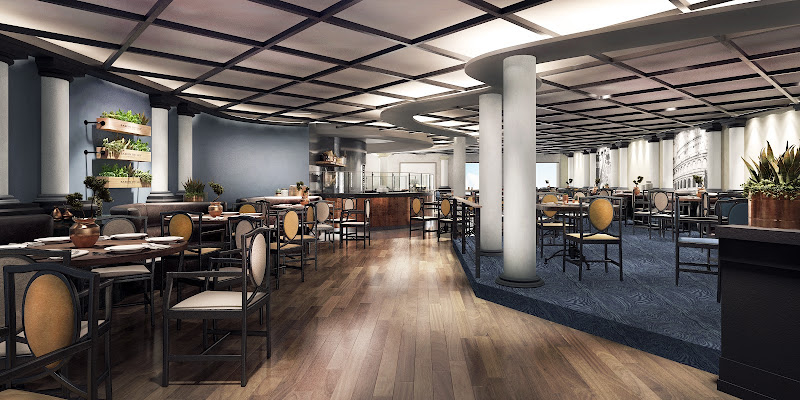 My cruise partner Richard and I have many fond memories of dining at Sabatini’s Italian Trattoria, the $30 a person alternative dining venue on Princess Cruises. The inviting Italian restaurant has attracted many other foodie fans since it was introduced in 1998.

And now things are changing with new recipes designed to please the palate and the eye thanks to a fleetwide enhancement in collaboration with acclaimed Italian chef Angelo Auriana, who is creating handmade pasta dishes (like my Mom used to do) as well as family recipes curated from Italian Princess executive chefs across the fleet. 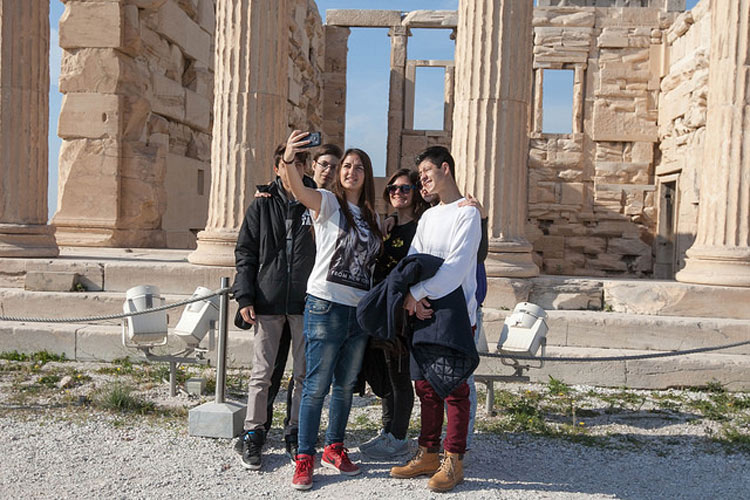 Uniworld Boutique River Cruise Collection has put some clout behind its new brand, U by Uniworld. The new river cruise line devoted to sailings that target the desires of millennial travelers has just announced that bookings are open.

“Uniworld has always strived to lead innovation in the river cruise industry and we saw a great opportunity with U by Uniworld to reach an entirely new audience,” said Ellen Bettridge, President & CEO of Uniworld. “River cruising is the best and most comfortable way to experience all that Europe has to offer, in an affordable way, and we’re incredibly proud to create a brand that will broaden the interest in this type of experiential travel.”

Nine adventures are now available for reservations by travelers ages 21 to 45 years old looking for a new experience in 2018. These include journeys on the Rhine, Danube and Seine rivers that feature overnight stays in major cities such as Paris, Vienna and Amsterdam.