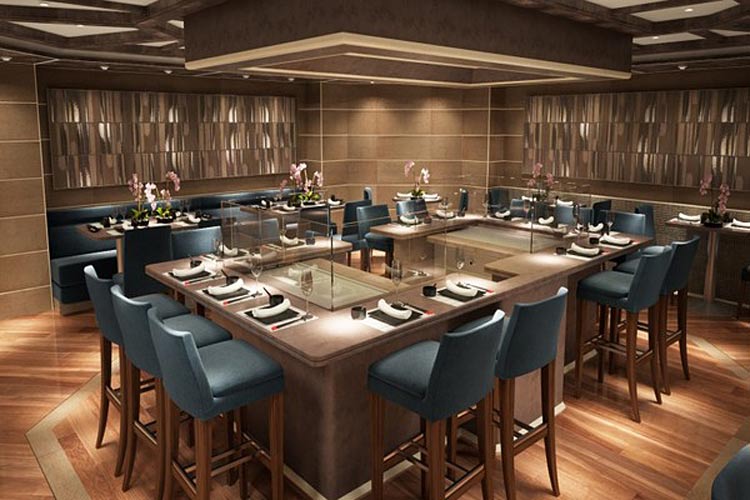 The small luxury cruise line has always excelled in its culinary efforts and these new entries should put  them at the top of any cruiser's must-dine list.

Silver Muse, which will make her debut in April 2017 in Monaco, will eventually call at 34 countries and 130 ports in 2017 alone. The ship will redefine  luxury with her all-suite accomodations that are butler-manned and signature Silversea ambiance and amenities.

All wines and beverages are complimentary (included in your fare).

“Fine dining has always been at the heart of the ultra-luxury Silversea service. We are proud to develop this further with our new flagship, Silver Muse, where our eight restaurants offer an unprecedented dining experience at sea,” Roberto Martinoli, CEO of Silversea Cruises, said in a statement.

Silversea offers fares that include  shipboard gratuities, all beverages from Champagne and beyond, butlers in all suites and special perks such as free WiFi and more.

Early sailings on Silver Muse have already sold out. Interested in booking a stateroom? Contact Cruiseable's Business Department at 1-877-322-3773 to speak to a travel advocate, or send an email query.

As the curtains close on 2016, the lights will come up on the all-suite, all-balcony Seabourn Encore when she emerges from the shipyard in December. Seabourn’s new 40,350-gross-ton flagship, with interiors designed by Adam D. Tihany, strikes a balance between modern design and traditional yacht stylings. This small-ship cruise line has built upon the success of its Odyssey class with a larger vessel that will accommodate 600, but will still maintain the same personalized service that’s delivered by approximately one staff member per onboard guest. This all-inclusive ship pampers guests with open bars throughout and a deep selection of wines available at both lunch and dinner. Gratuities are included, as is one special shore experience per itinerary. Seabourn Encore will sail several routes in December before her official inaugural voyage on January 7, 2017. While that sailing is sold out, there are plenty of other itineraries to choose from. seabourn.com.

For a pure luxury cruise experience, the new Seabourn Encore, looks like the ship to book starting December 2016.  The amenities are simply stunning and the  all balcony suites look amazing.

Interesting note is that the 2 Wintergarden suites at 1550 square feet, are larger than many homes. 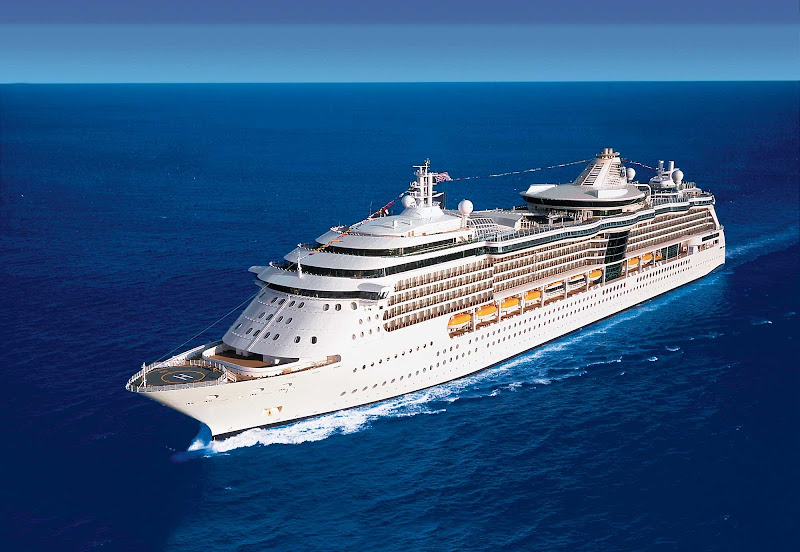 On my last cruise, I met a couple who said they didn’t really want to sail with Royal Caribbean because the company’s ships were “too big.” And while Royal Caribbean certainly has some of the largest ships around, four of their smaller vessels are among my absolute favorites to cruise aboard.

Launched between 2001 and 2004, Royal Caribbean’s four Radiance-class cruise ships (Brilliance of the Seas, Jewel of the Seas, Radiance of the Seas and Serenade of the Seas), carry just over 2,000 guests apiece. At 90,090 GRT (gross register tonnage), they’re almost mid-size by modern cruise-ship standards, yet they’re still plenty big, with a length of 293 meters and 12 passenger decks, most of which, are adorned with wall-to-wall glass windows.

These ships are so roomy and uncrowded that, for the most part, you’ll wonder where everyone is. You’ll still find that same amazing sense of grandeur that Royal Caribbean is known for when you walk into the multi-story atrium that soars all the way up to the pool deck, but throughout the ship, public spaces take on a more clubby, intimate tone.

Royal Caribbean'sRadiance class ships are some of my favorites of their smaller ships. I have been on both the Jewel of the Seas (Western Caribbean)  and the Serenade of the Seas (Alaska).

I was always impressed on how even though these are medium sized ships by todays standards, they always felt roomy. I loved the glass elevators that looked out over the water and the grandeur of the central atrium. 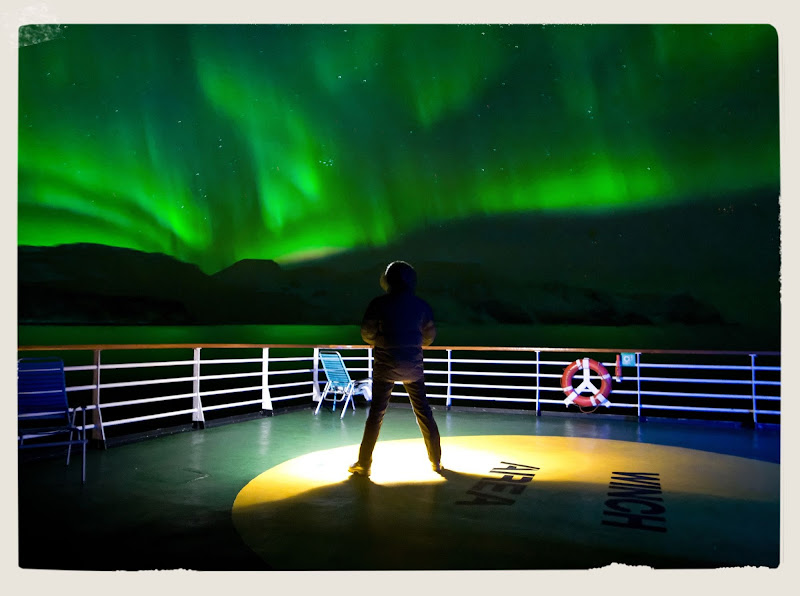 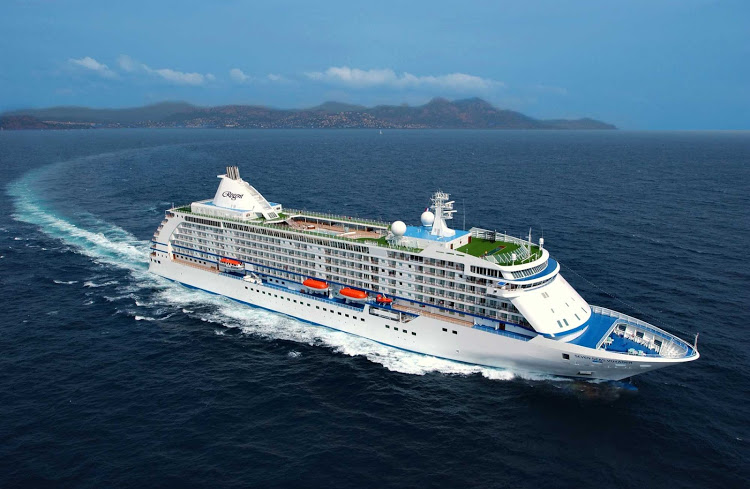 Another Regent Seven Seas Cruises ship is about to experience a luxurious  transformation with Seven Seas Voyager scheduled to undergo renovations later this month as part of the luxury line’s $125 million fleet-wide refurbishment program.  Following the refurbishment effort, Seven Seas Voyager will feature the same elegant style and indisputable attention to detail famously featured on Seven Seas Explorer, providing guests with a consistent look-and-feel, no matter which Regent Seven Seas Cruises ship they choose to sail.

Seven Seas Voyager joins Seven Seas Navigator as the second ship to receive this stylish new update to the public spaces and suites onboard, with Seven Seas Mariner scheduled to receive a similar makeover in April 2017. Seven Seas Voyager will emerge from this refurbishment with a sophisticated new look reflective of the pinnacle of luxury.

Celebrity Cruises will be rolling out its Go Big, Go Better and Go Best program on Monday, July 6, making its cruises more inclusive for passengers who opt into the program when booking and making the... 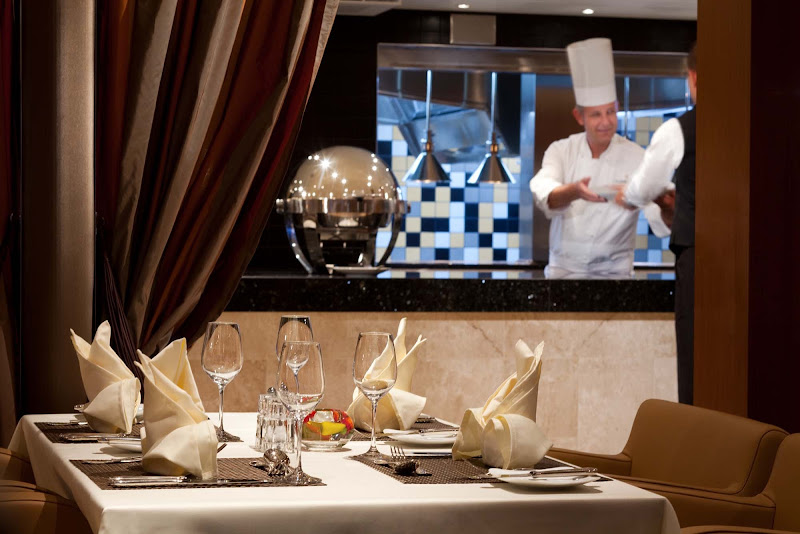 When a luxury cruise line decides to team up with the best American chef, something special is bound to happen, and Seabourn’s partnership with Thomas Keller has proved a treat for the senses.

The Seabourn Quest does not have a plethora of dining options like some larger mainstream cruise ships, but what it does have in the form of a main dining room, singular specialty restaurant, buffet, pool grill and room service is exceptional. While I cannot speak to what the cuisine was like before Thomas Keller, the offerings onboard are now certainly some of the best at sea if not anywhere in the world thanks to the multiple Michelin-starred chef’s contributions.

My cousin is a culinary instructor and swears by Keller’s creations, and now I know why. I first became acquainted with his stylings, thanks to Blu-Ray special features, from his serving as a consultant on the hit Pixar film “Ratatouille,” where his modern rendition of the vegetable stew was animated to perfection.

The dining experience plays an important part for my enjoyment of cruising.  Looks like the Seabourn Quest has hit it out of the park with their partnership with world renowned American chef Thomas Keller.  Jason Leppert's description of some of the menu items aboard his cruise had my mouth watering. Also great news that this enhanced dining experience will soon be fleet wide for Seabourn. 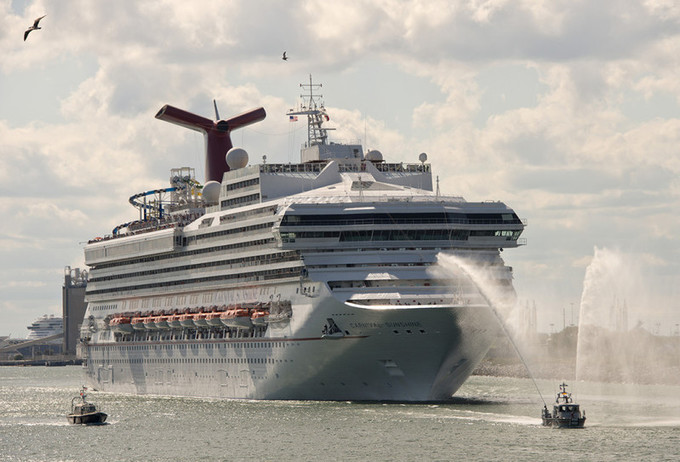 Cruise vacations while inclusive by nature, have their share of opportunities to spend more. Here are some tips for controlling expenses.

Cruising need not be expensive.  Plan what you will spend your money on and when onboard, track your bill.  I know I am a sucker for the t-shirts onboard and plan accordingly.  I usually end up with 2-4 new shirts per cruise.  Almost every t-shirt I own is from one of the Cruise lines. 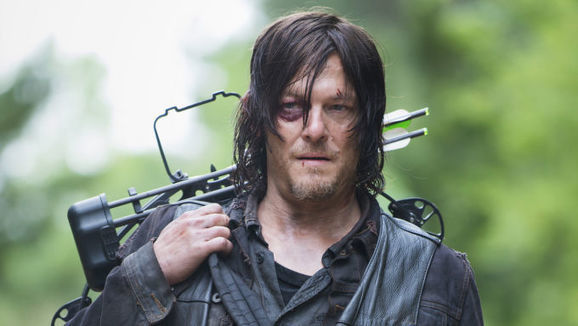 From www.complex.com via Scoop.it:

If you've got the money, you can take a cruise to the Bahamas with the cast of "The Walking Dead."

If you are a Walking Dead fan, here is a cruise for you. 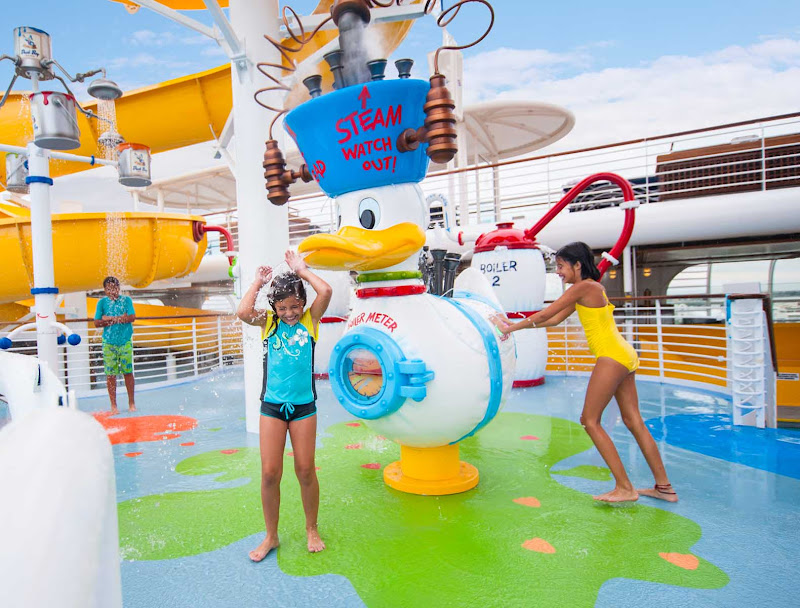 For families, Disney Cruise Lines is one of the best.  There is so much entertainment for children it is doubtful you would ever here the dreadful term "I'm Bored"  Years ago when my kids were small we did a Disney Wonder cruise.  Even though they are older now they still remember so much of the details of what they did on that cruise. 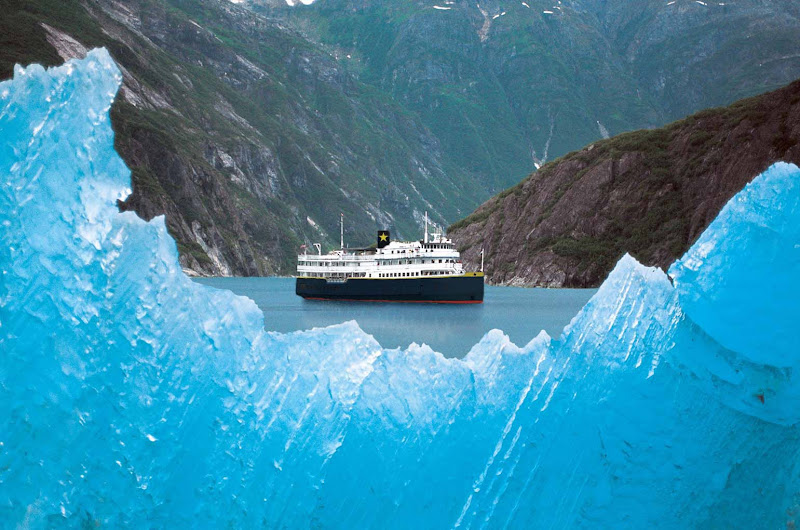 Is Eco travel in your plans?  Here are 6 cruise lines. 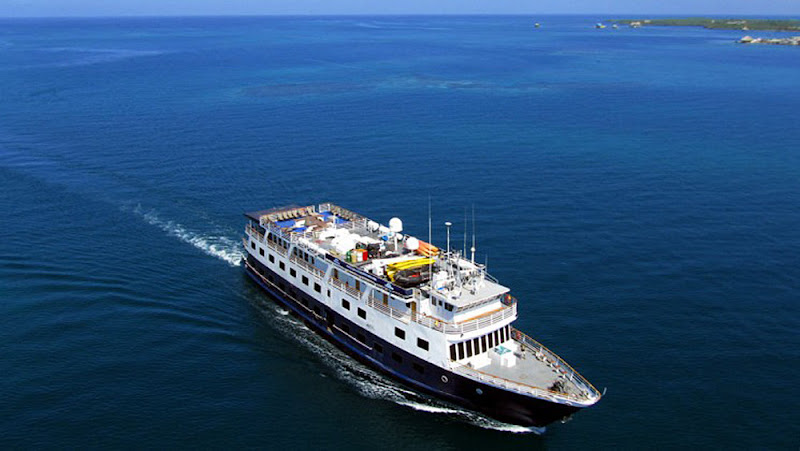 The newly rebranded UnCruise Adventures (notice the missing dash between “un” and “cruise”) is soon to be on its way to Costa Rica and Panama. The small expedition ship cruise line has made waves in Alaska, Hawaii, Mexico, the Columbia and Snake rivers and even the Galapagos, and now two Central American destinations are joining its destination portfolio.

Beginning in October 2016, the 62-guest Safari Voyager will begin on its inaugural 7-night "Uncharted Isthmus" itinerary.

A video of the shoreline and beaches at Granito De Oro Island, Coiba National Park, Panama.

Wildlife encounters are so emphasized that UnCruise has even charted in detail the dry and green seasons in both Costa Rica and Panama and when it is best to view iguanas, sea turtles, humpback whales, ruby throated hummingbirds, butterflies, roseate spoonbills, scarlet and western tanagers and more for mating, nesting, hatching and fledgling in its Experience Guide.

The greatest benefits of UnCruise sailings are the ability to take skiff rides, snorkel, kayak and paddle board directly from off the ship. There’s no need to waste any extra time first joining a shore excursion. You can go for a hike immediately after a convenient zodiac landing, for instance.

There are even theme cruises planned on the initial itinerary this year like a photography-centric one on December 3, 2016 and a Chairman’s Cruise with the owners on December 10, 2016.

Come 2017, itineraries expand with 8-night Panama-exclusive sailings conveniently roundtrip from Panama City, 8-night Costa Rica-exclusive voyages roundtrip from San Jose or combo cruises featuring the best of both Costa Rica and Panama for 15 nights between the two ports of embarkation and disembarkation.

There are also land package extensions available like Panama stays at the Bristol Hotel or Costa Rica stays at the Intercontinental Hotel as well as exploring the Arenal Volcano and Monteverde Rainforest in the latter destination.