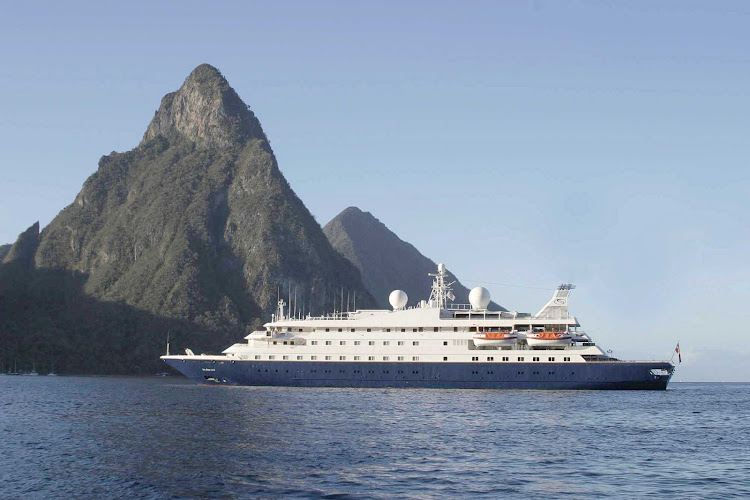 SeaDream I calls on Soufrierre, Haiti.

Edict comes in wake of COVID19 outbreak on SeaDream I

The super sleek and upscale SeaDream I was sailing on a luxurious journey in early November when a passenger was diagnosed with COVID19. The incident precipitated the testing of crew and other passengers, and about seven people proved positive.

After a summer in which the cruise industry came to a halt during the coronavirus pandemic the 112-passenger SeaDream I was one of the first ships to resume operations. The outbreak is not only most unfortunate for the cruise line and industry but probably is a key factor in the Centers for Disease Control’s decision to issue a warning not to cruise.

Here’s the gist of the story

The cruise had been designed to show that with increased safety protocols, including regular testing aboard the ship, it was safe to cruise during the pandemic. That didn’t work out so well.

Gene Sloan, a senior reporter for cruise and travel at The Points Guy, reported that the COVID scare started when the captain informed passengers of the preliminary positive test over the ship's intercom system shortly before lunchtime on a Wednesday.

Passengers were instructed to return to their cabins and remain isolated there, he said. The ship, which was in the Grenadines at the time of the first preliminary positive test, docked in Barbados Wednesday evening.

"It's not a great development for the cruise industry," Sloan told CNN via email on Wednesday from his cabin on board. "I think the hope had been that the rigorous testing that SeaDream was doing would keep Covid off its ship."

SeaDream was feeling confident about cruising following a successful COVID19-free season in Norway. And according to Sloan, no one on the board the Caribbean voyage wore face masks, not even the crew. Crew members told him they weren't necessary since the ship was a Covid-free "bubble."

A few days into sailing, masks were suddenly required.

The latest from the CDC

News reports indicate that vaccines will be available early in 2021 for at-risk populations, health care workers and others. At some point, people will be able to safely sail and travel around the world again. It helps, of course, to follow all the protocols of mask wearing, physical distancing and hand washing.