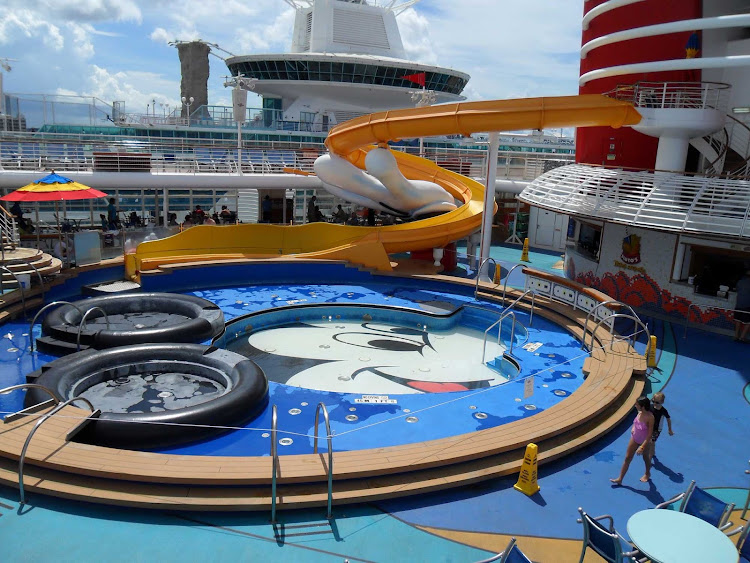 The children's pool on Disney Wonder.

Come November 10, 2016, Disney Cruise Line will reintroduce the Disney Wonder to the fleet with new improvements, and we’ll be onboard to share them all with you. Until then, let’s take a look at what work has been done to the ship before her next grand unveiling.Gene Sloan at USA Today got a sneak peek at the ship being remodeled during its extensive September 9 to October 23 dry-dock in Cadiz, Spain, showing a little of what went on to soon bring new venues to life. Most significantly, the kids facilities, one of the three main dining rooms and adults-only spaces were retooled.“Frozen” will be integrated into Disney’s Oceaneer Club for ages 3 to 12 and open to all ages during select open house hours to check out. The new Frozen Adventures space we now know will feature Wandering Oaken’s, the trading post from the amusing character known for his signature “woo hoo” call.

I think most people would agree that Disney Cruise Lines ships make for the perfect cruise vacation for families with with small children.  The additions and enhancements being made to the Disney Wonder while in dry dock will only enhance this reputation.