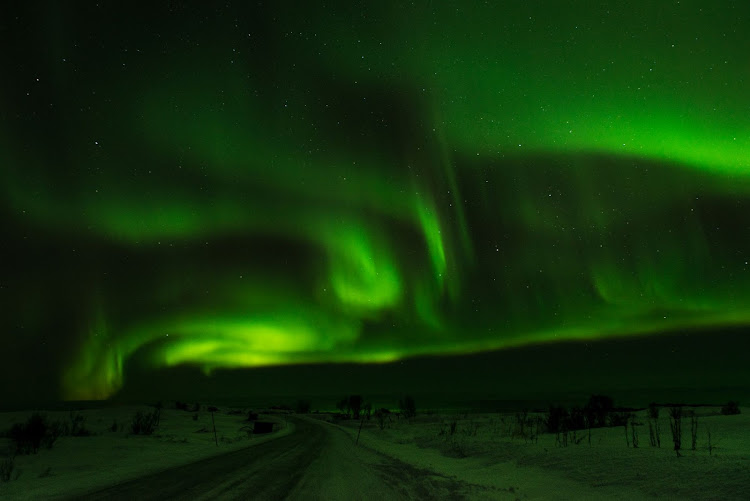 The Northern lights in Norway's Lofoten Islands, captured in 2011.

Hurtigruten will be adding one more ship to its current fleet of 13 with the purchase of a new expedition ship that will temporarily be named MS Norway Explorer.

“The new ship’s maneuverability and optimal size will bring Hurtigruten’s guests even closer to nature,” says CEO Daniel Skjeldam. “We invest in our fleet to ensure that Hurtigruten remains a world leader in sustainable explorer travels along the Norwegian coast and polar destinations as well as enrich our guests’ unique experiences by expanding our service at destinations such as Greenland, Svalbard and Antarctica.”

The ship was built in Portugal in 2009 at the Viana do Castelo shipyard and is now making its way to Scandinavia. The ship will undergo a total reconstruction including adapting for polar waters; upgrading the cabins, suites and public spaces for the 320 passengers; and adjusting the power plants and emissions so as to meet Hurtigruten’s high standards, the ship will then join the fleet along the Norwegian Coastal Voyage route. The new ship will replace the Midnatsol, which will join the MS Fram in Antarctica for the 2016/17 season.

Adventure Expedition Cruise Line Hurtigruten is adding a new ship to their fleet and will be sailing the Norwegian coast after a complete overhaul and upgrade. The beautiful landscapes, ports of call rich in culture and history are only a few of the reasons to consider Hurtigruten.  Don't forget about the northern lights.

See what the Cruiseable Team think about Hurtigruten: