MIAMI – Crystal Expedition Cruises on Thursday announced the full roster of 2023 voyages as well as two early January 2024 itineraries for its luxury expedition yacht Crystal Endeavor.  The first ever “Made in Germany” Polar Class Six, all-suite, all-veranda ship will feature 27 world-spanning itineraries, taking guests on adventurous journeys to new and remote corners of the globe in bespoke luxury and comfort on the line’s state-of-the-art vessel.

Specially crafted itineraries range from 10 to 28 nights and will offer intrepid travelers a diverse range of adventures including expeditions to the Arctic and Antarctic; South America and offshore islands; Cape Verde and the Canary Islands; the Mediterranean and Western Europe; the British and Scottish Isles; Iceland and the Faroe Islands; Norway, the North Cape and Svalbard; the Russian Arctic and the Northeast Passage; Japan and the Inland Sea; the Philippines, Malaysia and Indonesia’s Raja Ampat archipelago; and Australia including New Year’s Eve in Sydney.

“Our remote expeditions offer guests access to lands few people have ever laid eyes on, let alone set foot upon, and several you would be hard-pressed to find on a map,” said Jack Anderson, president of Crystal. “A number of places we visit are uninhabited by people but are incredibly alive with wildlife, and our immersive expeditions allow guests an up-close and intimate level of discovery, along with unparalleled comfort and luxury in the world’s remote locations.” 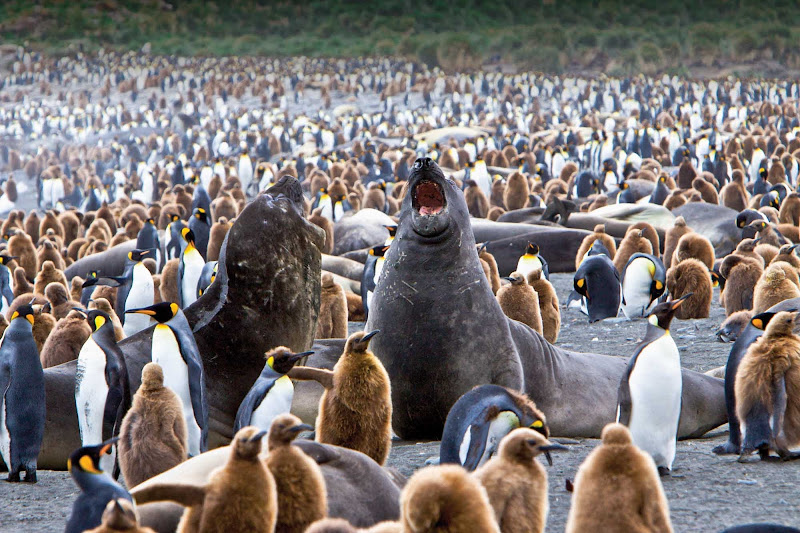 Elephant seals and penguins announce who's in charge when visitors stop in at Gold Harbour on the island of South Georgia.

Itinerary highlights include a variety of unique polar expeditions including rare explorations of the remote Ross Sea in Antarctica and an epic 19-night expedition to the Falklands, South Georgia and Antarctica showcasing all the region’s major highlights in one memorable journey. A transit of the Northeast Passage reveals untouched lands teeming with wildlife, while expeditions to Russia’s Franz Josef Land and Novaya Zemlya offer a chance to see polar bears, walrus, whales, seals and Arctic foxes.

Immersive cultural journeys of Japan in the autumn season explore historical sites, famous gardens and landscapes dressed in a symphony of red, yellow and orange foliage. Crystal Endeavor cruises the River Thames close to Tower Bridge in London, docks in the city center in Edinburgh and cruises into the heart of Seville, Rouen and Bordeaux. In Indonesia, the Raja Ampat archipelago offers some of the world’s ultimate snorkeling experiences in a wonderland of rare corals and colorful fish.

Reservations for Crystal Endeavor’s 2023-2024 voyages open June 24, 2021, offering travelers all-inclusive 2-for-1 cruise fares from $7,499 per guest and up to $2,000 Book Now Savings per guest, ensuring the best fares available for those who plan ahead and book early. Contact a Cruiseable travel consultant at (877) 322-3773 or [email protected] to get the best rate and best choice of stateroom.

Each voyage is led by an expert Expedition Team with specific destination expertise - from marine biologists and ornithologists to archaeologists and historians – to provide insights and enrichment during the journey. In addition to hosted Zodiac landings and kayaking adventures, optional helicopter flightseeing and submersible excursions (offered in select locations) take discovery to a new level. Complimentary expedition gear ensures guest comfort while exploring the elements from polar regions to tropical destinations.

Two remote Ross Sea expeditions in Antarctica in early January 2024 explore snow and ice-covered landscapes and marine rich waters along a route rarely traveled and called “The Last Ocean” as it is so pristine, remote and untouched by humans. The expedition team will attempt visits to the well-preserved huts and outposts of historic explorers Sir Ernest Shackleton and Captain Robert Falcon Scott, expedition time capsules preserved by the cold and ice. 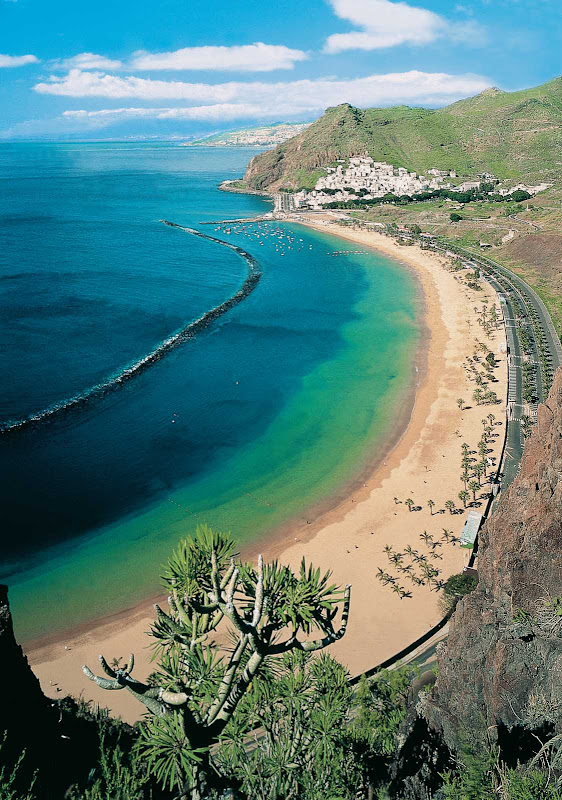 Courtesy of Tourist Office of SpainHead to Santa Cruz de Santiago de Tenerife, or Santa Cruz, the capital of Spain's Canary Islands, for a serene getaway on its long, beautiful beaches.

Two South America voyages showcase world-renowned cities, beautifully preserved history, and the natural beauty of Brazil’s Green Coast, where remote beaches and abundant bays provide the perfect chance to explore with the ship’s ocean kayaks. A trans-Atlantic voyage begins with calls along the Brazilian coast and the chance to discover the marine and ecological splendors of UNESCO-listed Fernando de Noronha archipelago and explorations in the island country of Cape Verde.

Two Mediterranean voyages of cultural discovery blend explorations of picturesque isles and iconic cities. Guests can choose to experience the mystique of Marrakesh and the Moorish history of the Alhambra en route to the Balearic Isles and the Côte d’Azur, or explore the charms of Provence, the treasures of Barcelona, and the chance to cruise into the very heart of Seville for a rare overnight.

A 10-night river exploration navigates the Guadalquivir River and Andalusian countryside to dock in the heart of Seville and transits the Garonne River for an overnight in Bordeaux. A journey to Bordeaux, Normandy and The Hague offers an overnight in Bordeaux and a cruise up the Seine for a two-night stay in Rouen, rich with medieval history and gothic architecture. A springtime voyage of the British Isles explores the Scottish Highlands and windswept Shetlands and offers the chance to dock near Tower Bridge and overnight in Edinburgh a short walk from the Royal Yacht Britannia, now a museum. 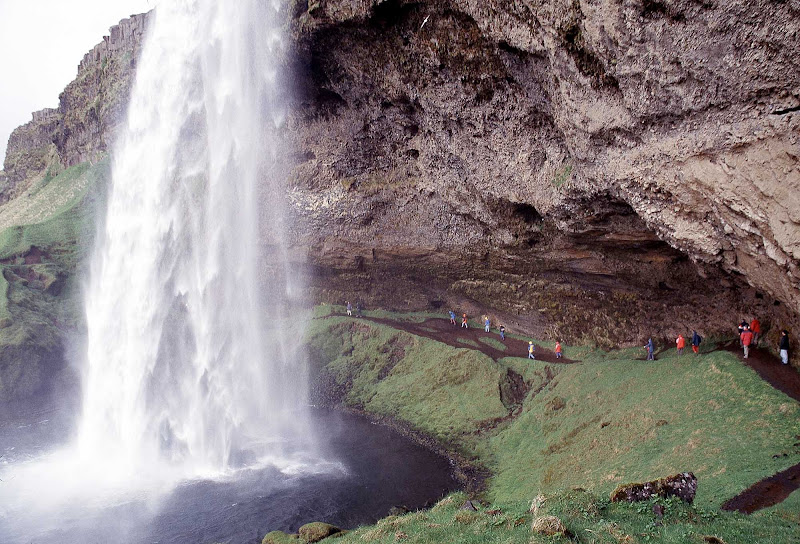 Three voyages in Russia feature Remote Expeditions including an epic 28-day transit of Russia’s Northeast Passage offering the chance to see polar bears, walruses, seals, Arctic foxes and seabird colonies, and to explore Russian history and culture on Solovetsky Island, a UNESCO gem on the White Sea. A 17-night Russian Arctic Expedition & The North Cape voyage visits the Severnaya Zemlya Archipelago off the coast of Siberia and provides a taste of the Northeast Passage for guests whose schedules call for a shorter itinerary. A 17-night expedition from Anadyr to Tokyo spotlights brown bears and herds of reindeer on the Kamchatka Peninsula and Steller sea lions in The Kuril Islands. 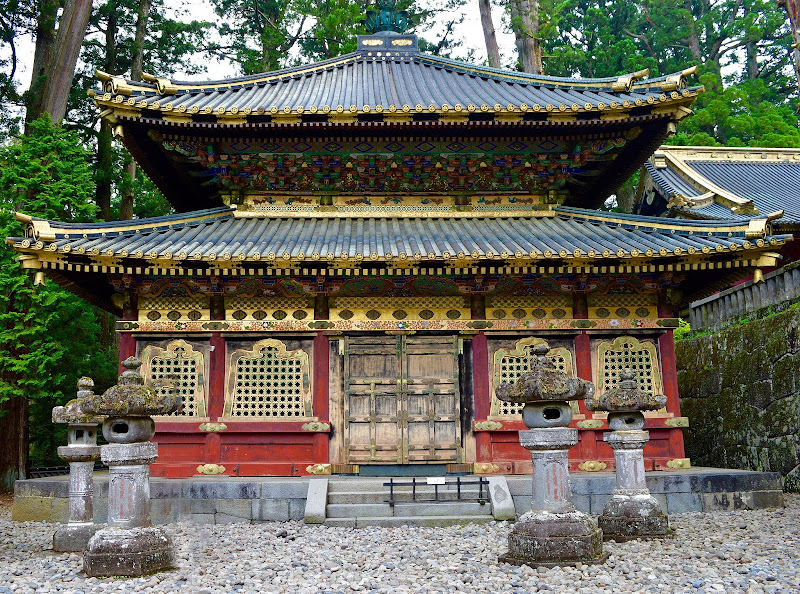 Four voyages explore Japan showcasing sweeping adventures in a timeless empire steeped in tradition, lore and natural beauty, from the mountain ranges of Kanazawa to the UNESCO-listed castle ruins in Hagi. Voyages explore Japan in autumn, draped in a fiery splendor of garnets and golds, and feature breathtaking Japanese gardens, Samurai shrines and Buddhist temples as well as snow-capped mountains, pristine beaches and cultural treasures.

Three voyages exploring Indonesia & Australia featuring winter escapes to exotic isles and balmy shores. Explorations in Indonesia include Komodo Island and the spectacular coral reefs of the Raja Ampat archipelago, as well as calls in the Philippines and Borneo. A Holiday Expedition in Australia includes an overnight in Cairns, gateway to the Great Barrier Reef, Christmas Day enjoyed on an overnight in the idyllic Whitsunday Islands, and the chance to ring in the New Year with a double overnight in Sydney.

Crystal Endeavor’s 2023-2024 season includes 10 itineraries exploring the polar regions with expeditions to the vast icy realms of Antarctica and the Arctic. Built at MV WERFTEN in Stralsund, Germany, part of a family of shipyards known for their passenger ship, icebreaker and private yacht building expertise, Crystal Endeavor is purpose-built for superior performance in polar conditions.Designed and built to the highest standards of renowned German engineering with power, efficiency and the environments of the world in mind, the 20,200-GRT ship’s propulsion system includes two Azipod D units and a diesel electric power plant crafted specifically for ice-going vessels to help them operate at optimum efficiency while providing 13,020 kW of installed power, delivering well-balanced power and propulsion installation, giving both speed and comfort.

The yacht’s agile maneuverability, safety and technical capabilities can be compared to a finely tuned German sports car like a Porsche, offering guests a smooth and powerful ride designed for bold exploration in remote regions. State-of-the-art FarSounder 1000 technology allows the captain and bridge officers to detect sea life and underwater objects far in advance and navigate appropriately, with 3-D imaging of the terrain up to 1,000 meters ahead and 50 meters deep.

Crystal Endeavor’s luxurious design offers discerning travelers elegantly casual, expansive private and public spaces with 100 gross tons per person and 10,000 cubic feet per guest for a passenger space ratio of more than 100. The ship accommodates just 200 guests with a one-to-one crew-to-guest ratio delivering the personal and genuine service for which Crystal is known. Accommodations are luxuriously appointed retreats for guests after days full of exploration, with every suite offering private butler service.

Throughout the ship, Crystal hallmarks will accent guests’ onboard experience: Michelin-inspired dining options including Umi Uma, the first and only Japanese restaurant on an expedition ship, Italian fine dining at Prego, 24-hour room service and an optional Vintage Room experience; spacious social spaces; the only casino on an expedition yacht; a glass-covered, two-story solarium – housing the Seahorse Pool and Jacuzzi and providing panoramic views from sea to sky; and the full-service Crystal Life Salon & Spa with a state-of-the-art Fitness Center as well as a wraparound Promenade Deck, rare in the industry but an iconic Crystal design element.

Expedition-specific amenities and spaces will enhance the guests’ experience, with enrichment areas, designated mud rooms, and an Expedition Lounge. The ship’s marina will feature the “toys” found aboard a private yacht for further explorations including a fleet of zodiacs, kayaks, and snorkel gear, and well as optional helicopter flightseeing from the ship’s own helipad and a six-guest submersible allowing for deep-water explorations in select areas of the world, itinerary and conditions permitting.