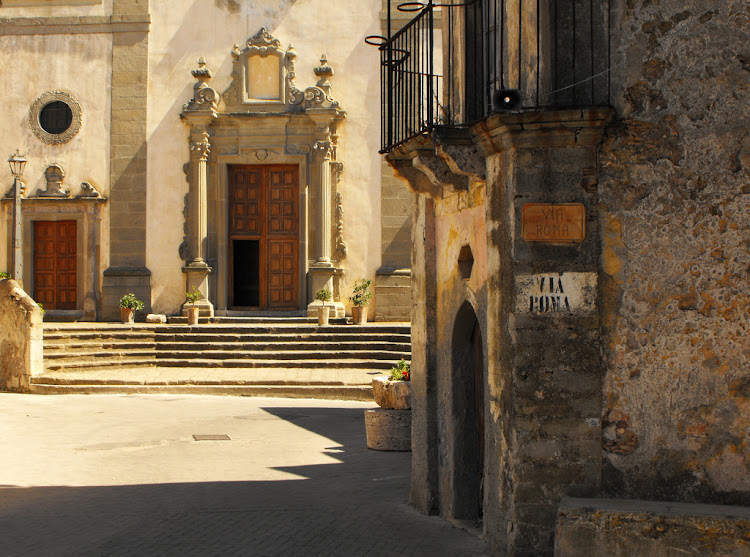 One of the film shooting locations for The Godfather in Forza d'Agro, Sicily. It's the scene when Vito escapes to America hidden in a donkey, while Don Ciccio's men threaten the neighbors.

10 classic movie locations to see on a cruise

Remember these big screen scenes? Here's how to visit them in real life

I’ve been a movie buff since I was a little girl, and still love to go to the theater to see the latest blockbuster, fantasy adventure or spy thriller play out on the big screen. And now that I’m an unapologetically diehard cruiser who has been here and there around the world, I thought it would be fun to compile a list of Hollywood film locations you can see on a cruise if you put your mind to it.

Here, then, are 10 classic movie locations you can see on a cruise, either by plotting your own self-guided tour or as part of a theme cruise or shore tour. Do you have your own favorites? Please share in the comments below! 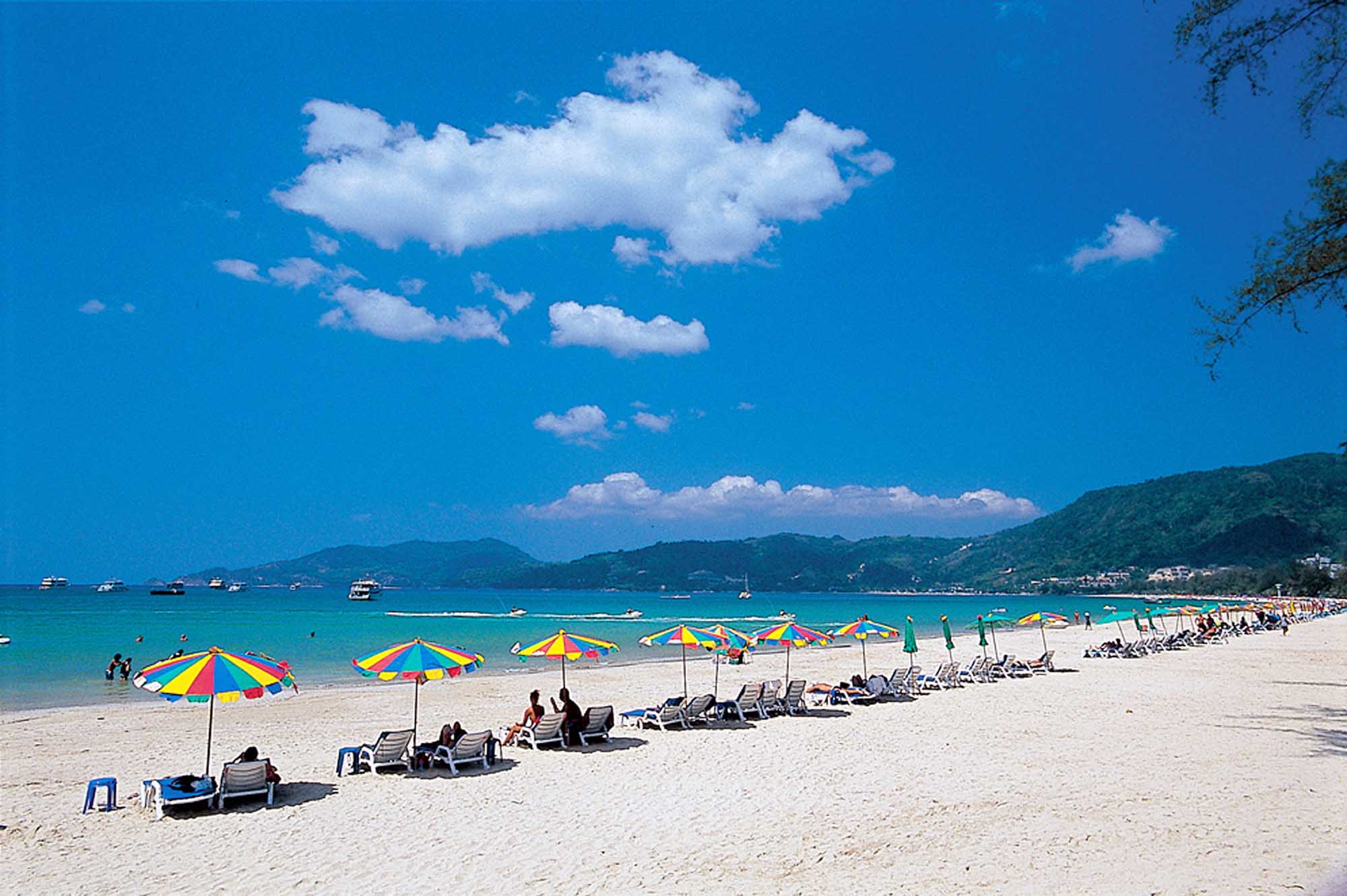 Courtesy of Tourism Authority of ThailandKoh Racha Island in Phuket Province, Thailand, not far from where “The Beach” was shot.

Phuket, Thailand, is breathtaking in its beauty — there’s no other way to describe it — so it’s no wonder that director Danny Boyle chose to shoot his movie “The Beach” (2000) here, starring Leonardo DiCaprio and Tilda Swinton. This movie inspired throngs of visitors to travel to Phuket following its release, though the main location for filming was on the nearby island of Ko Phi Phi Lee at Maya Bay. Phuket remains a popular cruise destination, tempting visitors from all over the world with its stunning beaches and friendly culture. 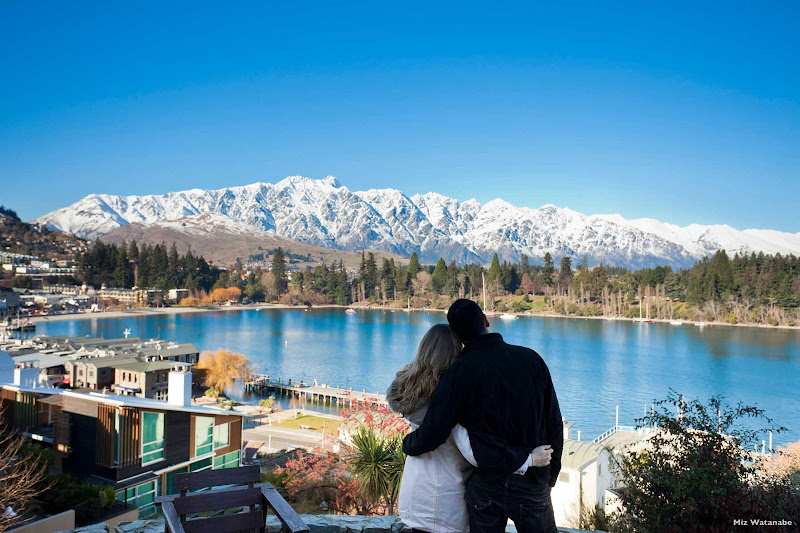 Miz Watanabe / Courtesy of Tourism New ZealandNestled in a bay on Lake Wakatipu, Queenstown is dwarfed by surrounding mountains. On the peninsula across the bay. the Queenstown Gardens offer relaxing walks through native and exotic trees.

The Lord of the Rings

Take a gentle stroll through the picturesque forest of the Outer Shire where Frodo and the Hobbits begin their journey; scenes filmed here include the “Race to the Ferry” and the foreboding “Get Off the Road” scene. See the locations used for Mordor outlined in this Google Map. To relive the scenes in "The Two Towers" where Aragorn fights Saruman's Warg riders and the Uruk Hai, you can drive from Queenstown to Deer Park Heights at the north end of Lake Wakatipu. You can also travel to Mount Victoria and Kaitoke National Park in Wellington on the North Island, where scenes involving Rivendell and the Gardens of Isengard were filmed. (Rivendell was also shot in Norwest Lakes on the South Island.) There are plenty of tour operators who’ll take you through these strange lands.

Mount Doom can be found in the central North Island, otherwise known as Mt. Ngauruhoe. Some lines and independent tour operators also offer trips to that mecca of LOTR destinations: Hobbiton! These generally depart from Tauranga; it is less than an hour’s drive from there. 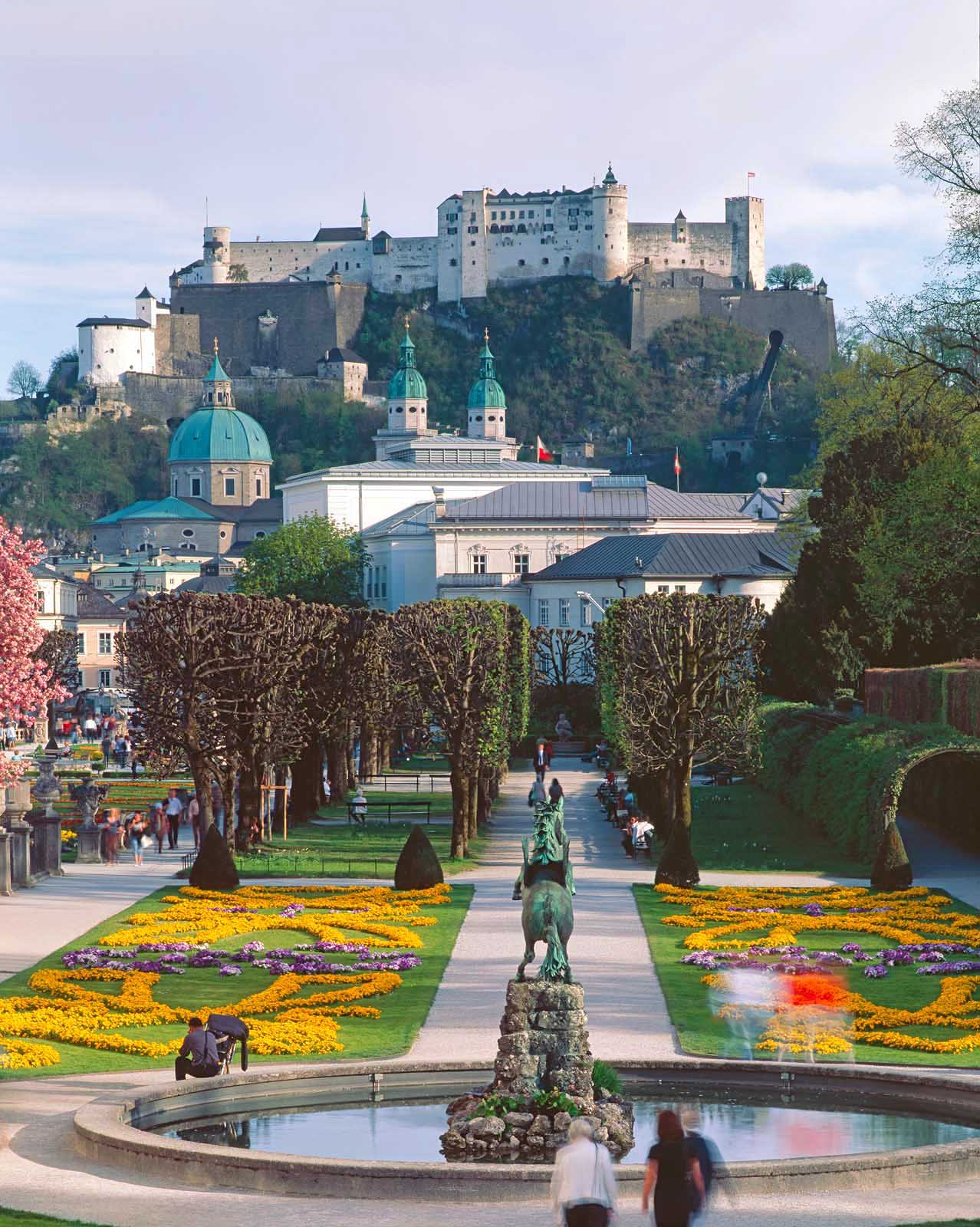 The Sound of Music

2015 marked the 50th anniversary of the movie classic “The Sound of Music,” and thanks to a number of European river cruise lines, it has never been easier to step ashore in Salzburg, Austria, and see some of the places that were made famous thanks to Maria Rainer and the Von Trapp family.

You can visit the Mirabell Gardens and Pegasus Fountain, where the dancing scene with Maria and the children was filmed; Leopoldskron Palace, where the family lived in the film; Nonnberg Convent; Mondsee Church, and St. Gilgen/Wolfgangsee, where the opening scene of the movie was shot. I'm a big Julie Andrews fan and a visit to Salzburg has been on my wish list for as long as I can remember.

Radu Ursu / Courtesy of Carnival Cruise LineTaormina, on the east coast of the island of Sicily, Italy, is a port stop that has been a popular tourist destination for 200 years. Savoca is a half-hour's drive north from there.

Some scenes from director Francis Ford Coppola’s movie classic “The Godfather” (1972) were filmed in the small countryside towns of Savoca and Forza d'Agro in Sicily, Italy. Not only does Savoca offer some stunning views across the valley below, it is also home to the famous Bar Vitelli and the church where Michael Corleone married his girlfriend in the original “The Godfather.”

The entire region is straight out of a postcard, and I’m fortunate to have once visited! I enjoyed a shore excursion there during a Mediterranean cruise and it was one of the highlights of my trip, since I’m a huge fan of “The Godfather” and we were lucky enough to bump into a local gentleman who was an extra in the first movie. 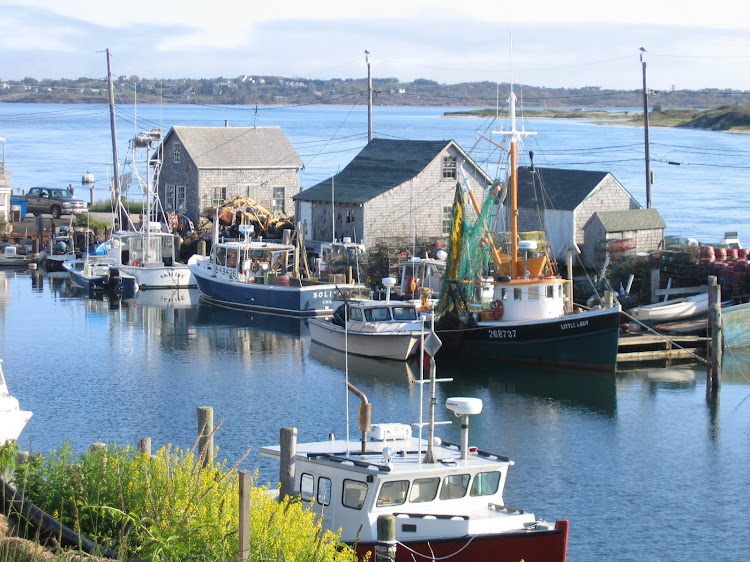 Martha’s Vineyard, the island south of Cape Cod in Massachusetts, is known for its miles of beautiful beaches, colorful cliffs and well-heeled residents. But did you know it’s also famous for being the location where Steven Spielberg filmed the first modern blockbuster, “Jaws” (1975)? The fishing village of Menemsha and the town of Chilmark were the main shooting locations, and many natives of the island appeared in the movie.

Scenes from “Jaws 2” (1978) and “Jaws: The Revenge” (1987) were also filmed on Martha’s Vineyard. The locals are still quite proud of their “Jaws” heritage and it really is a must-visit place for all fans of the movie series — especially during the summer when Martha Vineyard is especially captivating. 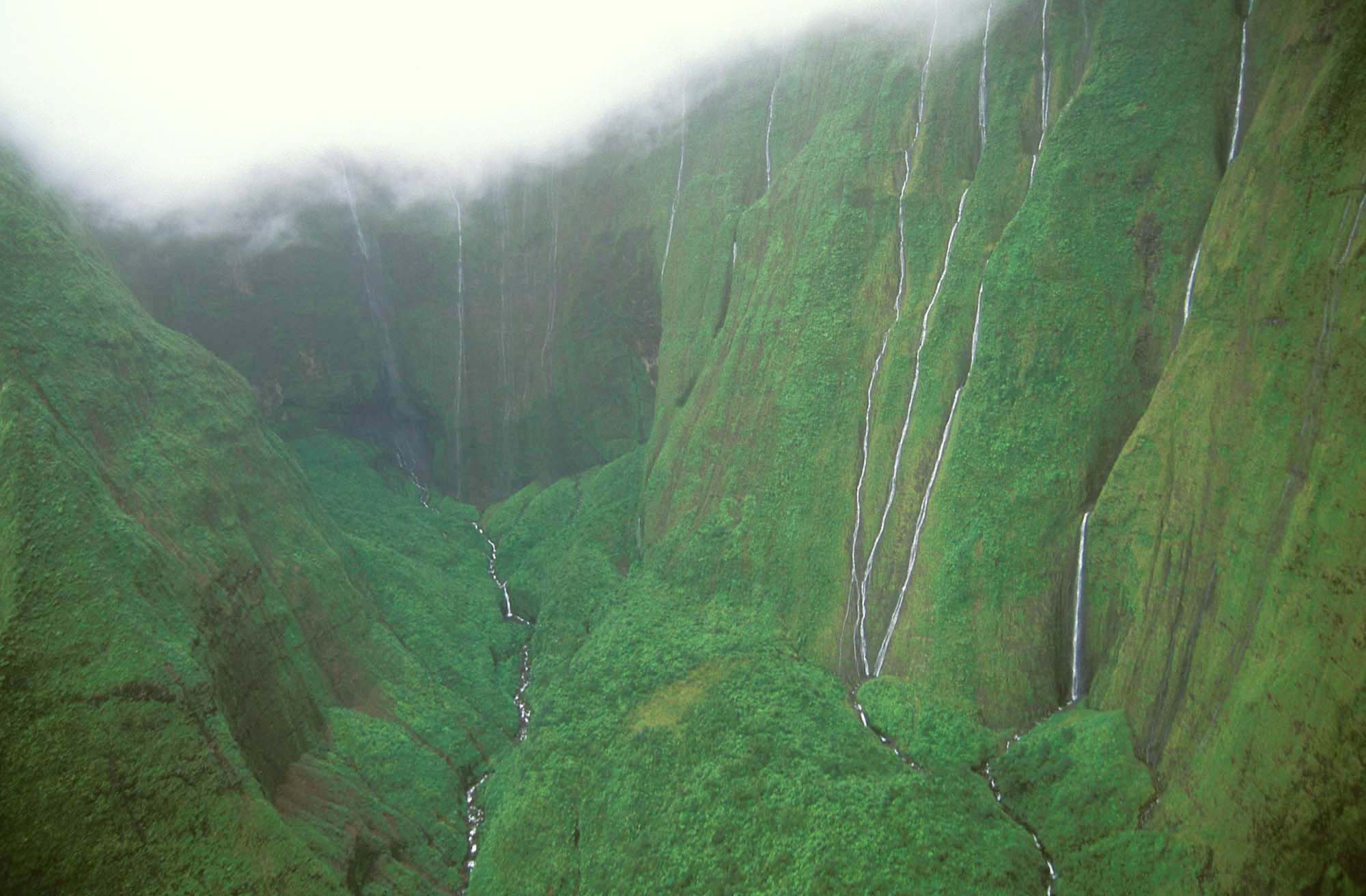 “Jurassic Park” first arrived on the big screen in 1993 and was an instant megahit. Several sequels later and we’re still gripped by the tale of rampaging genetically engineered dinosaurs. The majority of the filming for all of the original “Jurassic Park” movies was done in Kauai, Hawaii. The opening scene of the first film was shot at what’s now called Jurassic Kahili Ranch in Kilauea, Kauai. The large front gate to Jurassic Park was shot at Blue Hole, Kauai. The dinosaur island, Isla Nublar, was shot at Lawai, Kauai.

The waterfall scene was shot at Manawaiopuna Falls at Hanapepe Valley, Kauai. A few scenes were also shot in Maui, Honolulu, Costa Rica and the Dominican Republic. Interesting bit of trivia: For the latest sequel, “Jurassic World” (2015), the park scenes and the dinosaur stampede scene were shot at the abandoned Six Flags theme park in New Orleans. A modern James Bond classic, “Casino Royale” (2006 — the Daniel Craig version) was filmed in various cruise-worthy locations, including the Bahamas, Czech Republic, Venice and London. A famous Czech spa, Karlovy Vary, was used as the exterior of the Casino Royale, with the Grandhotel Pupp, built in 1701, serving as “Hotel Splendide” in the film. The “Montenegro Town Square” was actually part of Loket Castle in Loket, the Czech Republic. The casino scenes were shot at Atlantis on Paradise Island in the Bahamas. The Ocean Club scene was shot on Paradise Island. The beachfront mansion and the chase scene through the construction site were shot on New Providence Island in the Bahamas.

With so many Bond-worthy locations dotted around Europe and the Bahamas, you’d be hard-pressed to miss them!

Cruise lines that call on the Bahamas and the Czech Republic: Most of them! 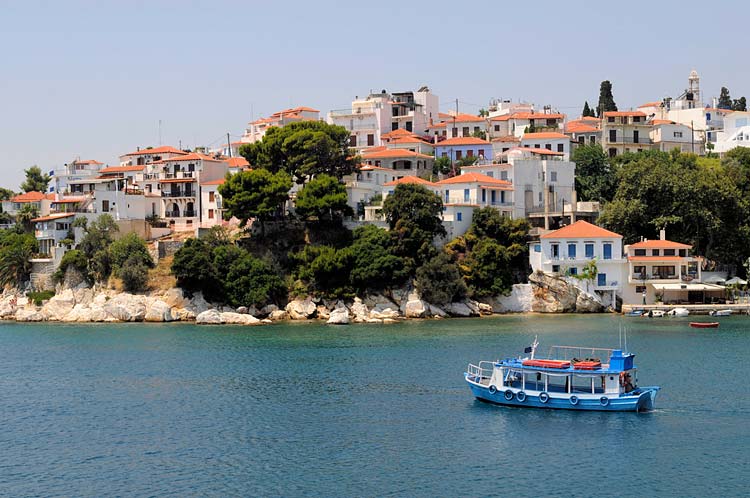 “Mamma Mia!” (2008) was filmed on the beautiful Greek islands of Skopelos and Skiathos and became an instant hit at movie theaters across the world (thanks in part to ABBA!). Scenes in the movie were filmed at Glysteri, Kastani Beach and the Mouresi area of mainland Greece. Skiathos attracts visitors from all over the world for its natural beauty and warm climate, but for all you “Mamma Mia” fans, it’s also the great opportunity for a selfie in the land where it was filmed. 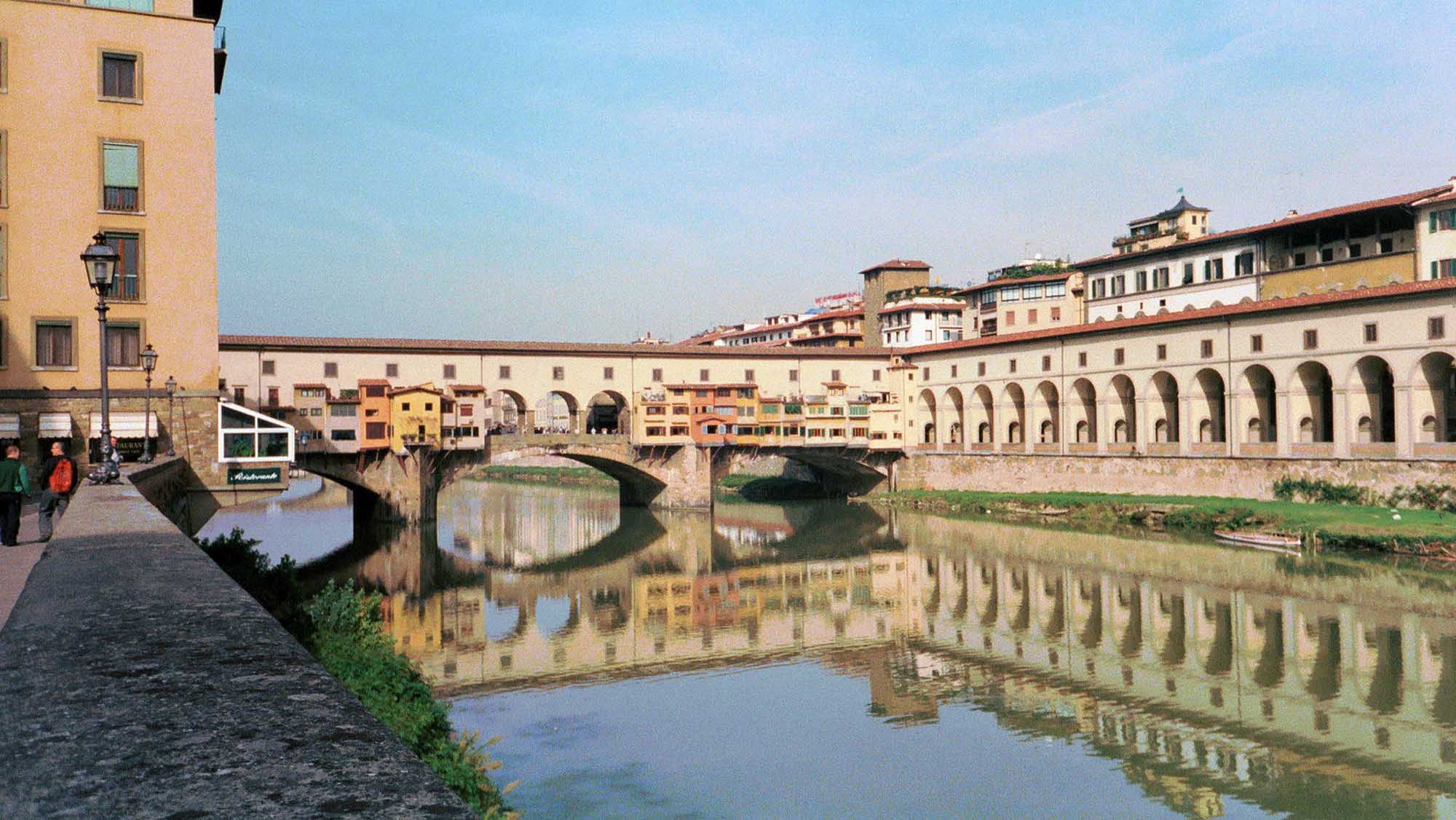 “Tea With Mussolini” first hit the silver screen in 1999 and is still a favorite among diehard movie buffs. Filmed mainly in the Tuscany region of Italy, the character-driven drama had several famous names in the cast, including Maggie Smith, Judi Dench and Cher. The Ponte Vecchio bridge over the Arno River in Florence, which features in the movie, is nearly always included on a Florence/Tuscany shore excursion and is certainly worthy of a photograph. 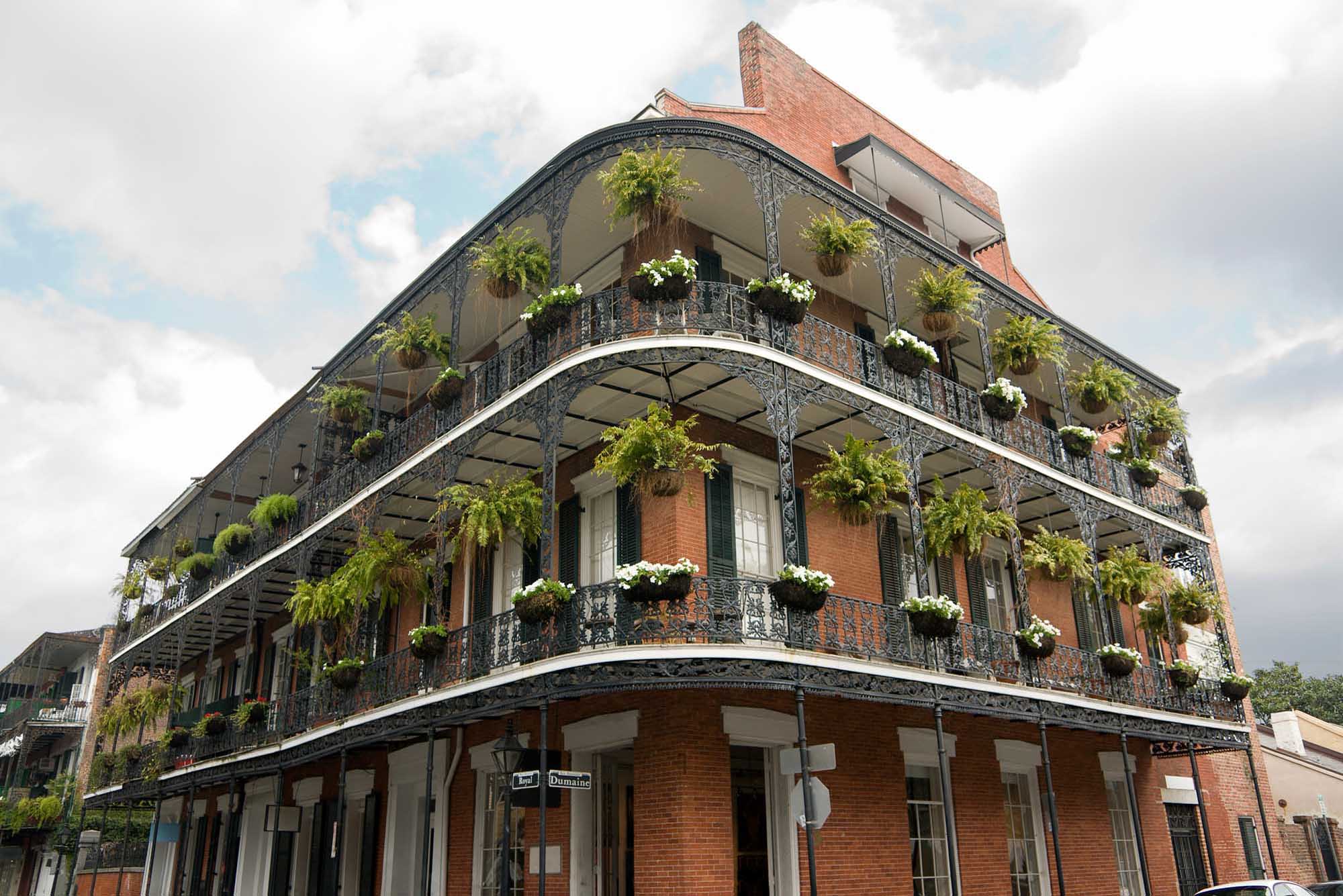 Courtesy of American Cruise LinesNew Orleans boasts interesting architecture throughout the French Quarter, including this building at the corner of Royal and Dumaine.

In the noirish homicide flick “The Big Easy” (1988), Dennis Quaid and Ellen Barkin share the marquee but the sultry, smoky, teasing city of New Orleans is the standout star. So I thought I’d end by showing that you needn’t leave the USA to find an inviting movie location you can see on a cruise (ocean or river).

The French Quarter gets lots of screen time, including Antoine's Restaurant on St. Louis Street. But the memory that lingers is of the real-life Tipitina’s music club in New Orleans, where travelers can knock back a brew or wine and head to the dance floor for a Cajun fais do do while a local band brings home the zydeco.

Want to take a cruise to one of these storied locations? Contact the travel advocates in Cruiseable's Business Department who can find the right cruise for you at the best price. Call 1-877-322-3773.

There you have it — plenty of possibilities for cruise and movie buffs! What would you add to my list?

Republished from an earlier date.