Florence travel guide: What to do & see

Florence, one of Italy's most beautiful cities, is an architectural and artistic gem. Its storied history as a center in medieval trade and finance,  home of the powerful Medici family and cradle of the Renaissance give Florence (Firenze in Italian) a cultural heritage few cities can rival. No small wonder that UNESCO has declared its historic center a World Heritage Site.

Wander its charming streets and piazzas, gaze at its medieval domes and step into churches, palaces and museums that house some of the world's greatest art. Add to that world-class shopping and Tuscany's tradition of understated, rustic cuisine, and this romantic, graceful city will leave you breathless.

Cruise lines that call on Florence via Livorno

Cruise lines with ships that call on Florence include: 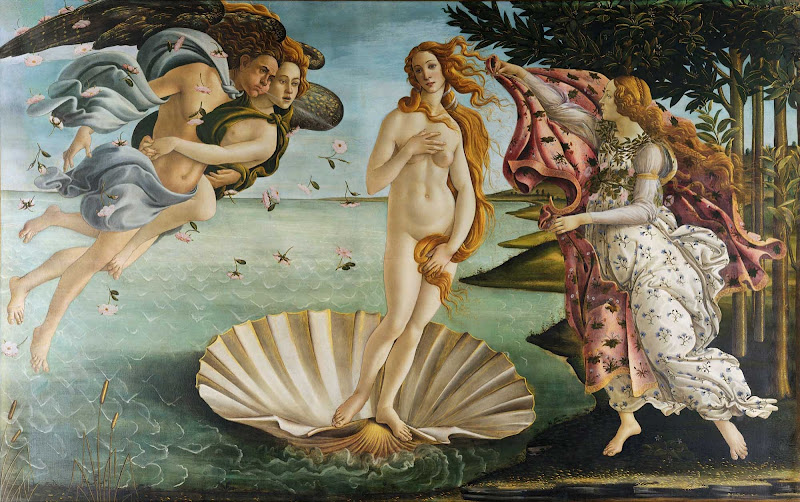 "Birth of Venus" (1484–1486), painting by Sandro Botticelli at the Uffizi Gallery in Florence, Italy.

Top things to do & see in Florence

The Uffizi Gallery, in what was originally the Palace of the Medici family, is  Florence's most visited indoor attraction and features works great Florentine artists of the Renaissance period, including Botticelli, Giotto, Cimabue, Michelangelo, Leonardo da Vinci and Raffaello, just to name a few. Its large collection has works from all centuries with an emphasis on the periods between the 12th and 17th centuries. Advance reservations are essential.

In the lively San Marco district, you can visit the Accademia Gallery, home to Michelangelo's "David" and other art treasures. Reservations are essential.

Florence's iconic Gothic-era cathedral, Il Duomo di Firenze, is in the heart of the historic center of Florence. Feeling energetic? Climb to the top of the cuploa or the cathedral's 14th-century bell tower, considered Italy's most beautiful, for excellent views of the city and surrounding countryside (Be forewarned, both hikes are more than 400 steps). Just behind is the Duomo Museum, which houses a magnificent collection of sculptures. (Note: The museum is closed until November 2015.)

One of the oldest buildings in Florence, the Bargello — also known as the Bargello Palace — is home to the National Museum and Italy's largest collection of gothic and Renaissance sculpture, including works by Michelangelo, Donatello and other masters. 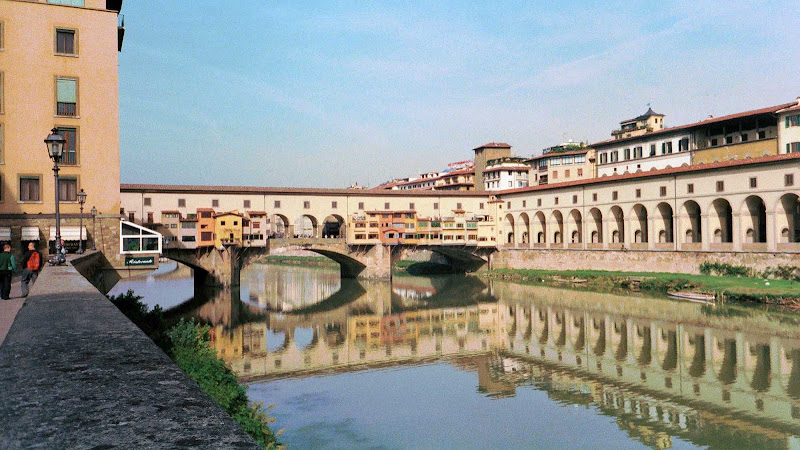 The  Ponte Vecchio, a  closed-spandrel segmental arch bridge made of stone and lined with shops, is the most famous bridge on the River Arno. Browse the jewelry, art and souvenir  shops that line the bridge as you cross.

The Medici Chapels, burial place of the one of history's most important nobel families, include some of the most beautiful sculptures ever created by Michelangelo.

The Museum of San Marco occupies part of a perfectly preserved 15th-century Dominican convent. Renowned for its collection of works by the Renaissance master, Fra Angelico.

Fashion is art in Florence, whose designers include Ferragamo, Cavalli, Gucci, Prada and  Pucci. Visiting their boutiques (or at least window shopping) is as much a part of touring Florence as visiting its museums and galleries. Looking for something more simple? Beautifully crafted leather goods, including handbags, shoes, gloves and jackets, are popular buys. Another local specialty is handcrafted marbled paper. 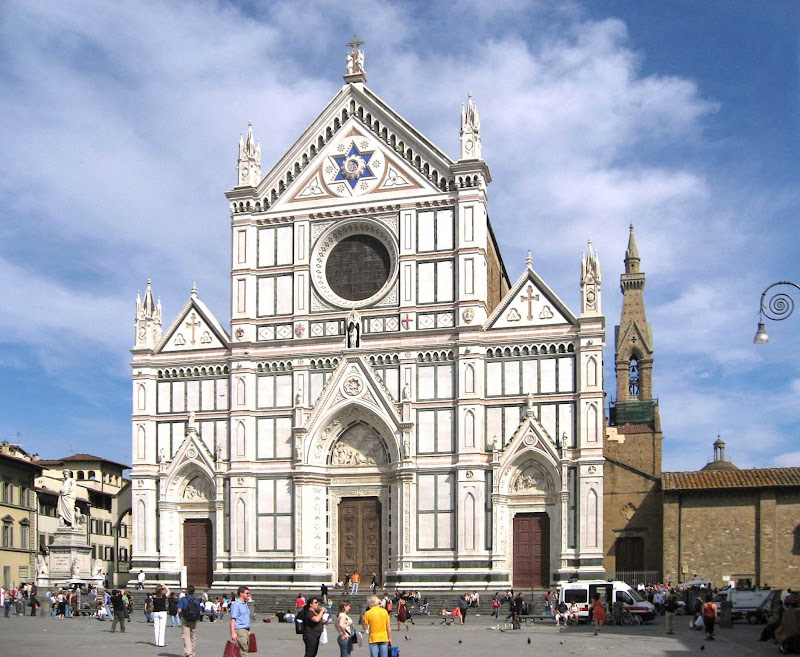 Gryffindor / Creative Commons BY SAThe Basilica di Santa Croce is the principal Franciscan church in Florence. It's on the Piazza di Santa Croce, about a half mile southeast of the Duomo.

Good dining choices include Osteria De’Benci, known for grilled meats and delicious pastas, and Trattoria Ponte Vecchio, near the famous bridge (see above). For a great picnic, shop at a salumeria, a delicatessen selling local cheeses, cured meats and other specialties. Among the best is Perini, which is located in the Mercato Centrale, a fabulous complex of food vendors. Or, get a take-out of chicken and fries to go and enjoy it in a park. The New York Times also suggests La Mescita (Via degli Alfani, 70/r, 50121 Firenze), a tiny eatery with 24 seats that serves "plates" like homemade tortellini, salami toscana and mortadella.

Spring and fall are the best seasons to visit, with plenty of mild, sunny days. Summers are hot and the visitor attractions are at their most crowded. Winters are fairly mild, but rainy spells do occur.

Cruise ships dock in the industrial port city of Livorno. Most lines provide motor coach service to and from Florence, about 90 minutes away, so factor in 3 hours of travel if you're doing a day trip from your cruise ship. Train service from Livorno is also available.

Most of the major historic attractions and shopping areas in central Florence are within walking distance of each other. Taxis are available from stands throughout the city.

Language: Italian is the official language, but many people speak at least some English.

How about you? Have you been to the Florence? We'd love to hear the top highlights for you — please leave a comment or share a photo or two!

“Massive crowds line up to see the huge church (Duomo di Firenze). To avoid the lines, go late, as crowds tend to subside by late afternoon.”

“Remember to pace yourself. Allow time to wander and follow your whims, and ignore any pangs of guilt if you'd rather relax in a café and watch the world go by than trudge on sore feet through another breathtaking palace or church.”

“Before booking your cruise, make sure the ship’s call at Florence is not on a Monday, when major museums and galleries are closed.”

“Vasari Corridor: A walk through this elevated passage, built for the Medici family in 1565, is a once-in-a-lifetime experience. Book a private tour with Bravo Concierge.”