The Dominican Republic is a part of the island of Hispaniola, which it shares with Haiti. The old part of its capital, Santo Domingo, is the oldest European city in the Americas and is a UNESCO World Heritage site, so there is plenty of history to be discovered here for visitors.

The island nation is known for its beaches, there are over 1,000 miles of sugary white sands with beautiful blue waters in the Dominican Republic, shaded by coconut palms. But it's not just a beach destination, as it offers mountainous regions including the Caribbean's highest mountain, Pico Duarte. There are also other natural wonders to enjoy, including Lake Enriquillo, the Caribbean's largest lake and lowest elevation.

Two private resorts operated by cruise lines — Carnival's Amber Cove and Costa's Catalina Island — have made the Dominican Republic a tourism magnet in recent months. But try to get out of the walled gardens. Quisqueya, as the locals call their country, has plenty of natural beauty to enjoy alongside the rich history.

Cruise ships that call on the Dominican Republic 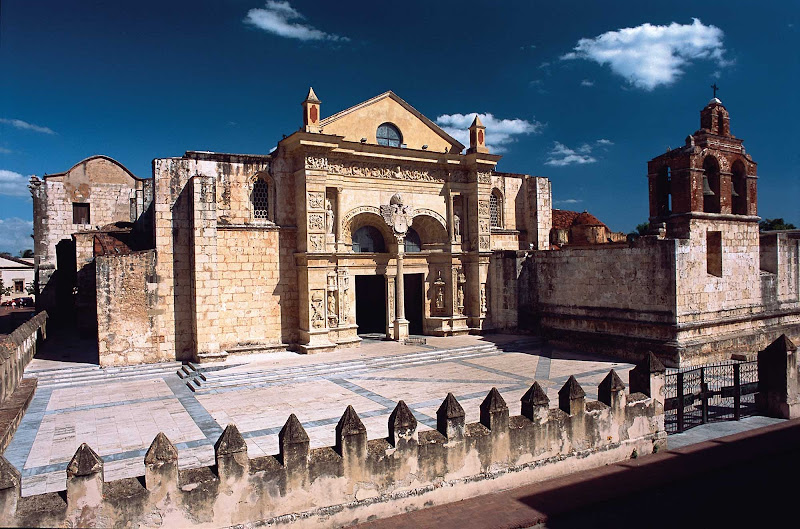 Ministry of Tourism of The Dominican RepublicYou can find The Cathedral of Santa María la Menor in the Colonial Zone in Santo Domingo.

Things to see & do in the Dominican Republic

Santo Domingo is the capital and the oldest city in the Americas, founded in 1496. The city’s cobbled streets feature the continent’s first cathedral, hospital, chapel and university. Otherwise, Santo Domingo is a modern city divided into two parts by the Ozama River. The western side is more developed than the eastern part, known as "Santo Domingo Oriental." Santo Domingo’s most important tourist destination is the Zona Colonial or Colonial Zone, on the Ozama’s western bank facing the Caribbean Sea.

Santo Domingo’s attractions include the cave complex Los Tres Ojos (the Three Eyes), featuring three turquoise lagoons on different levels. There's also the National Palace, or seat of Dominican Government, the National Theater, the Museums in the Plaza de la Cultura and the Palace of Fine Arts. There's also the Lighthouse in the older part of town, where the explorer Christopher Columbus' remains are purported to be buried. 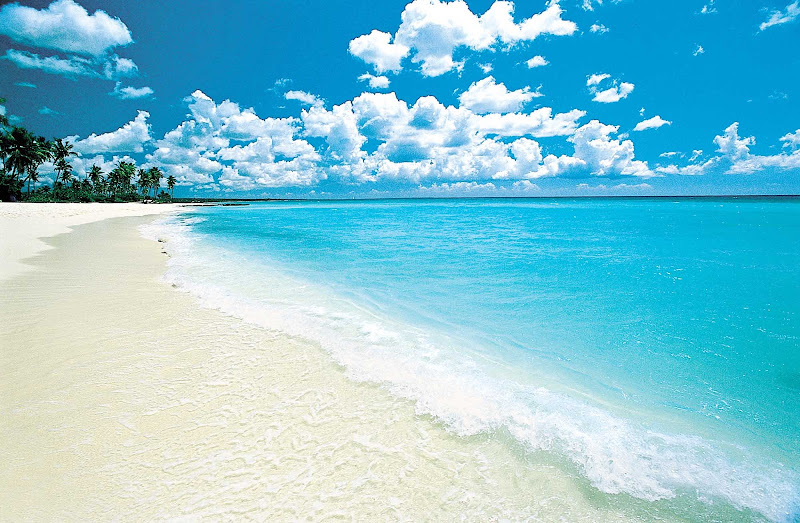 If you're looking for beaches, this area features 21 miles of white-sand beaches and more than 30 all-inclusive resort properties. This is the perfect place for a variety of water activities, including fishing, racing speedboats, snorkeling through the reefs, and swimming with wildlife including dolphins and stingrays.

At 10,164 feet, Pico Duarte is not only the tallest mountain in the Dominican Republic, but all of the Caribbean. If you are an experienced hiker, take the 14.4 mile trek to the top of the peak, located in the Cordillera Central mountains, but be prepared for an overnight stay on your way to the top.

Like most of the Caribbean, expect plenty of tropical fruits, rice, beans and seafood. However, Spanish culture plays a strong part in food, with lunch being the main meal followed by a siesta, or afternoon nap. In recent years, other cultures have started playing a part in Dominican cuisine, such as Middle Eastern, as there was a huge influx of immigrants from the area in the 19th century.

The alcohol is just as delicious, with plenty of local beers and rums to partake of. However, do not drink the tap water! It is dangerous and unhealthy. Either drink bottled water or boiled water. Avoid salads washed in tap water and ice unless it's from a luxury resort.

The tropical weather in the Dominican Republic is beautiful, but best to be avoided during hurricane season, which is between June and October.

There are really three different areas in the Dominican Republic that ships may call on:

Options for getting around the country include bus service and 'guaguas' (pronounced "Gwa-Gwas," small vans or trucks that serve as a collective taxi running fixed routes that are very cheap but can also be very overloaded). Most towns and cities have regularly scheduled bus service, if not by one of the big bus companies, then by guagua. You can take taxis, but you have to be judicious of the drivers, as some can be unlicensed. Cars are available for rental, but due to high gas prices, are not advised.

Language: Spanish, although in the major cities there are often bilingual Spanish-English speakers. If you speak a little Spanish, the locals will usually try to meet you halfway.

Have you been to the Dominican Republic? Please share a story, tip or discovery. What was the highlight for you? Please share in the comments below.

"In Santo Domingo, the city’s most interesting sights are all located in the cobblestone blocks of Zona Colonial only steps from the port. Take a walking tour of Zona Colonial, eat in a restaurant in Plaza Espana and walk to the Malecon."

“Punta Cana is the only place in the Caribbean that offers hot-air balloon rides. Our basket climbed as high as 3,000 feet and dipped so low I could touch the tips of sugar-cane stalks.”

“If you’re pulling into Samana, take a boat out to the island of Cayo Levantado where only the western third of the island is open to the public.”