Honolulu, Hawaii, the largest city and state capital of the Hawaiian Islands, is a montage of white-sand beaches, high-rise hotels and condominiums, with a myriad of shopping, dining and entertainment.

While it has a tropical ambience, Honolulu — and the entire island of Oahu — is the state’s political, economic, military, educational and cultural center. It’s an urban metropolis with a bustling downtown and attractions like museums, historic sites and performing arts.

Honolulu is all about taking time to reflect upon where you are in any given moment. You pass a park with broad, leafy banyan trees and detect the scent of a bamboo orchid that lingers in the air. You savor the taste of freshly caught seafood. You feel the sand beneath your feet while local musicians perform traditional music.  You take time to watch the sunset each evening and appreciate everything this place has to offer.

Cruise lines that call on Honolulu 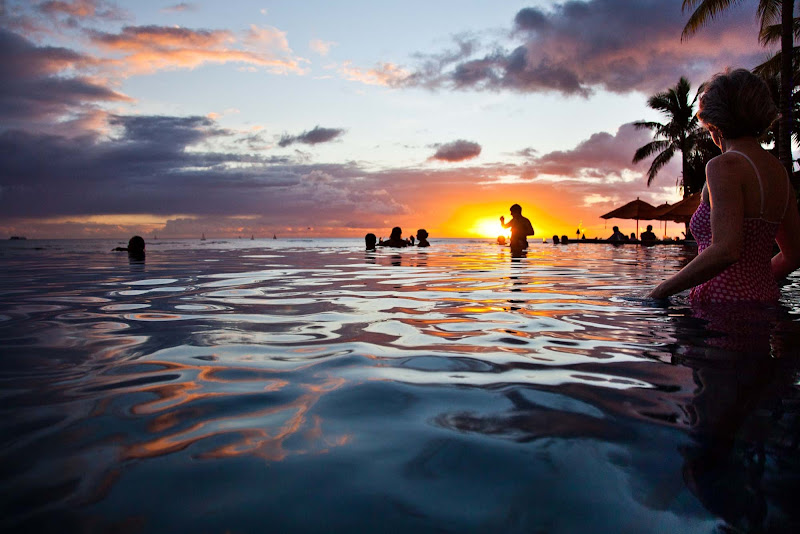 Located on Oahu’s south shore, Waikiki is Honolulu’s tourism central. Once a playground for Hawaiian royalty, this is the city's main hotel and resort area, with dozens of properties located on the beach or within a short walking distance. World-class shopping and dining can be found along Kalakaua and Kuhio Avenues and at places like the Royal Hawaiian Center and the Waikiki Beach Walk. And when the sun goes down, there’s plenty of nightlife and live music.

For visitors who yearn for a taste of city life, downtown Honolulu is full of historic buildings, a thriving Chinatown, and several cultural attractions. This includes a gallery walk, where the area’s art galleries and museums stay open in the evening on the first Friday of every month. 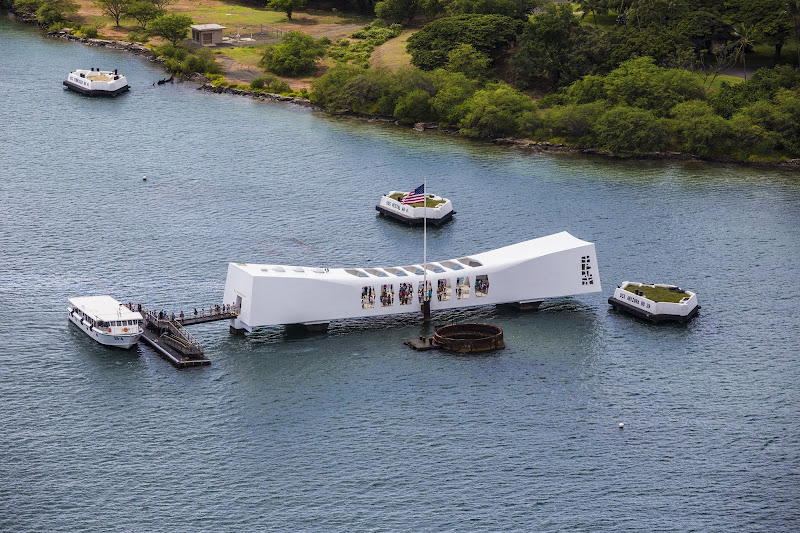 This site was where America was attacked on Dec. 7, 1941, killing 2,403 soldiers and bringing the United States into World War II. Now a state park, the USS Arizona memorial resides above the wreckage of the sunken ship and is visitable by boat.

Like most of the regions in the Hawaiian Islands, Honolulu features restaurants that serve Hawaii regional cuisine made with farm-to-table ingredients and locally caught fish and seafood, with some menus adding an Asian flare to the fare. Hawaii also is known for its mixed plate lunches (and dinners) featuring a main dish, such as Hawaiian pork or chicken, with macaroni salad and rice. Another local dish is “loco moco” — a mound of rice topped with a hamburger patty, a fried egg and brown gravy.

Year-round, Honolulu’s climate is warm and mild, with occasional — and mostly brief — showers and an average temperature of 70 to 85 degrees, although the weather is a bit milder during the summer high season. Winter may get some rain, but it's still pleasant temperatures. While there is some humidity, trade winds keep the islands cooler than most other tropical destinations. 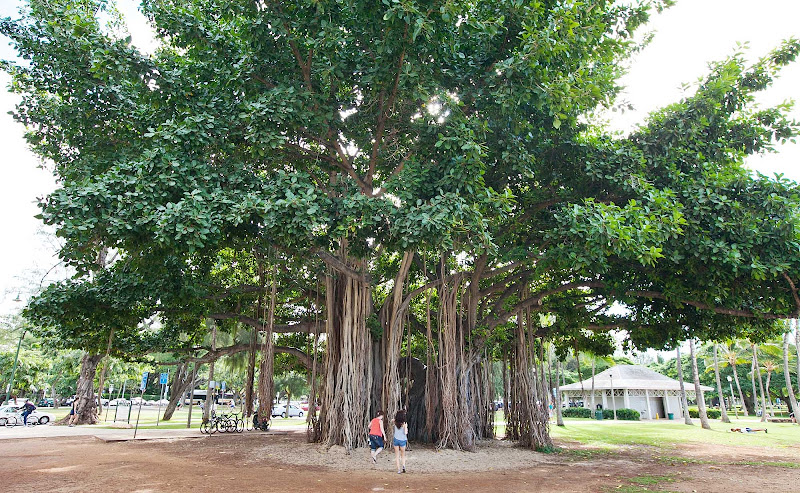 Cruise ships dock at either Pier 11 at the Aloha Tower or at Pier 2. Both are in close proximity to each other with the Aloha Tower located slightly closer to the downtown area.

Taxis are plentiful and work well for getting around Honolulu.

Oahu has a great system of buses, but experience riders understand that buses to some of the more popular sites fill up early in the route, so those buses may pass your stop.

Most visitors rent a car, but there are also shuttle services; and, once in Honolulu, you can take the TheBus, Oahu’s public transportation system. There’s also the Waikiki Trolley, which stops at most major attractions. Taxis are also available.

You’ll find so-called Hotzones in Honolulu, which is the city’s free wireless internet access service provided by the Department of Information Technology and and several private sector partners. This initiative is getting Honolulu on the top of “digital cities” lists.

Store hours: Stores in Honolulu are typically open between 9 am and 7 pm every day during the week.

Tipping: A 10 to 15 percent tip on the restaurant/taxi bill is customary. Sometimes a tip is automatically added to your bill; check your credit card slip before adding additional tip.

What to wear: You’ll be fine with casual wear all over Hawaii. A few finer restaurants might require jackets for dinner. Men will love this: An aloha or “Hawaiian” shirt is the perfect outfit (casual buttoned down or collared shirt) and can be worn at almost any event and occasion.

Safety: Honolulu is considered to be a safe place; the area seldom has any violent crime and most of the crimes committed are petty theft. Be aware that it’s a big city with all the same concerns as the rest of the United States. As always don’t flash cash around and stay in well-lit areas at night.

Have you been to Honolulu? Please share a story, tip or discovery. What was the highlight?

“Sip a mai tai (perfected here in 1944) at the Royal Hawaiian's Mai Tai Bar, preferably in a cabana by the beach.”