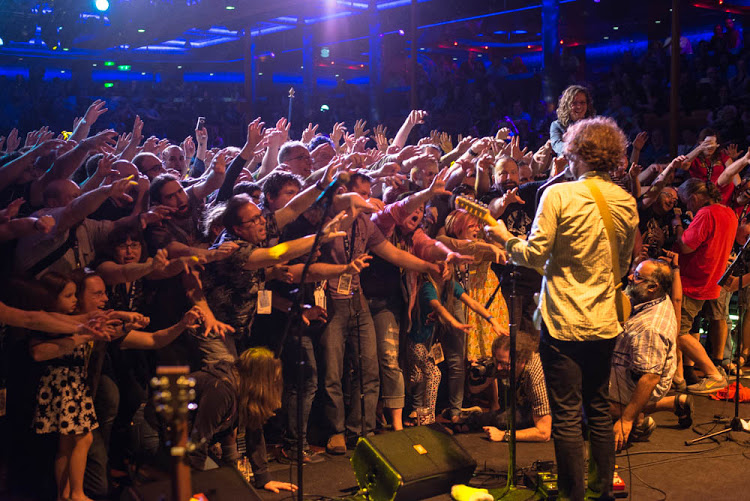 Jonathan Coulton performs at JoCo Cruise, the annual gathering of music and tech nerds at sea. The next JoCo Cruise sails March 4-11, 2017, on Holland America’s Westerdam from San Diego.

The unstoppable growth of theme cruises

From www.bbc.com via Scoop.it:

As more and more people go on a cruise aimed at individuals who share a specific interest, we take a look at the increasing phenomenon.

Not content with filling stadiums around the world, and selling more than 100 million records, the face-painted, fire-breathing US hard rockers also have their own navy.

Every autumn Kiss hire a huge cruise liner to sail around the Caribbean for a week with 2,300 of their diehard fans. This year will be their sixth voyage, or Kiss Kruise VI.

The band perform two shows on the ship, and fans get to meet and hang out with the four band members.

If you can think of a theme, there is most likely a cruise dedicated to it.  Last year when we were disembarking a cruise there was a very large group getting ready to embark the same cruise ship we were just on who were Harley Davidson motorcycle fans. I have seen cruises advertised or Apple geeks, Walking Dead fans,  Star Trek, Nascar, and many different music themes.

I suggest that before booking a cruise you ask your Cruiseable Travel Advocate if there are any themes on the cruise you want to book. They can also help you find theme cruises. On my next cruise aboard the MSC Divina, I did inquire and found that there was a small country western music theme group that will be aboard.