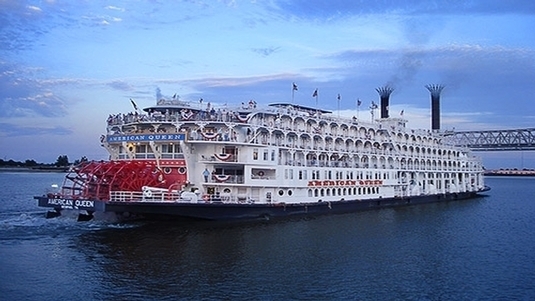 The Ohio River often seems relegated to play second fiddle to the Mississippi, of which it is a tributary. And while nobody can minimize the awesome power and majesty of the mighty Mississippi, the Ohio River can certainly hold its own as an impressive and captivating waterway with much potential for an enjoyable voyage.

Winding through or alongside six states—and with a drainage basin that flows to more than a dozen states—the Ohio River’s path takes you on a journey through a rich and diverse segment of the country, offering travelers the chance to explore a variety of different landscapes and beautiful views. It serves as a major route through the eastern and central part of the United States, and functions as the boundary marker between several states.

For many centuries, this river served as a favored transportation and trading route used by Native Americans, who also established numerous camps and communities alongside its path. Thomas Jefferson is quoted as calling it “the most beautiful river on earth,” citing the smooth, clear and gentle flow of water the river boasted in a nearly unobstructed and undisturbed path in his day.

An American Queen Steamboat Company river cruise looks like a cool way to see a historic part of the US.  Many types of music theme cruises plus cruises for autumn color and the history of the region are available.