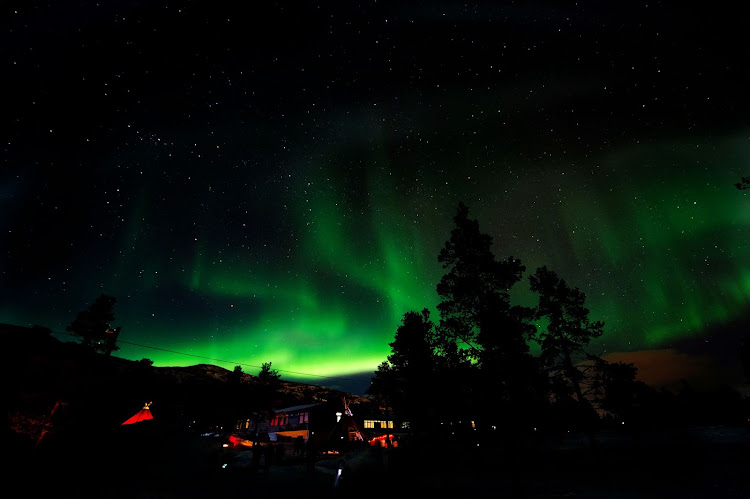 The northern lights dance over a hillside village in Norway as seen from a cruise ship on the coast.

Our fascination with nature’s grand illuminations never wavers. An Arctic Circle cruise not only brings the Northern Lights within reach, but also offers a holiday that’s enjoyable in so many other ways, not least through participation in some truly out-of-the-ordinary excursions and activities.

The Northern Lights can be seen from anywhere in the far northern hemisphere. Only last week, displays were visible in Scotland and northern England. Although present year-round, they can only really be seen when the sky is dark at night – from mid-September to early April.

Much has been said about the intensity and regularity of the Lights – or the aurora borealis. The phenomenon is caused by particles on the solar wind interacting with those in the Earth’s atmosphere, but the extent of the display depends on activity on the surface of the Sun, measured over an 11-year cycle. Solar activity has been at its maximum over the past two winters, resulting in some spectacular displays.

So is it still worth going? Although the Sun’s cycle may have peaked, its descent into a quieter phase is long and gradual and there’s no reason why dynamic displays should not be seen for at least a couple of years to come. Sightings are not unknown even at times of a solar minimum; conversely, when there is a lot of cloud cover, say, you may not see the aurora during a solar max.

Seeing the northern lights is definitely on my bucket list. In fact both Norway and Iceland are also on my list so one of these cruises could let me tick off more than one bucket list place.