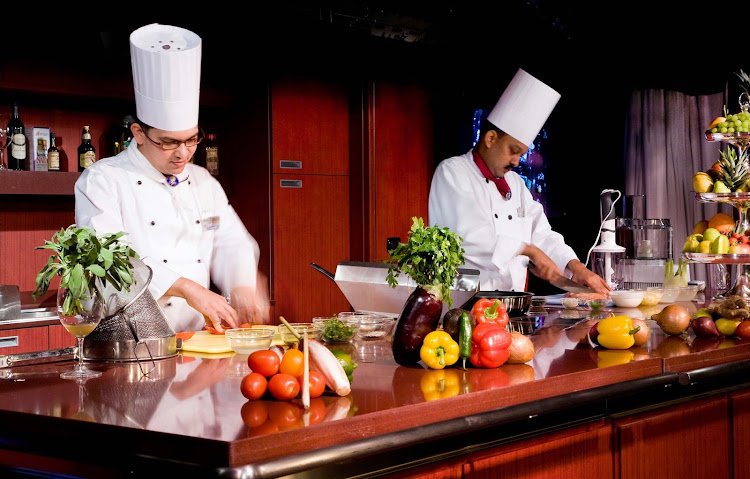 Holland America Line's Culinary Arts Centers is where intimate, hands-on classes are generally freestyle and cruisers can do as much or as little as they wish while preparing dishes under the chef’s supervision.

Another 'MasterChef' cruise in the works for 2016

Organizers of the first MasterChef cruise, which took place less than a year ago, already have cooked up plans for another one.

The seven-night sailing to the Eastern Caribbean will take place on Holland America's 2,106-passenger Nieuw Amsterdam and include appearances by MasterChef Season 4 winner Luca Manfé and Season 5 runner-up Elizabeth Cauvel. Also on hand will be MasterChef Junior contestant Sean Le, and the winner of MasterChef Season 6 (who will be revealed on the show's Sept. 16 finale).

If you are a fan of the cooking show MasterChef and are into food this cruise on the Holland America Nieuw Amsterdam this could be great fun.  The Eastern Caribbean itinerary is also nice.  Leaving Fort Lauderdale, ports of call will be Grand Turk (one of my favorites), San Juan, St. Maarten and the Holland America's private island Half Moon Cay.